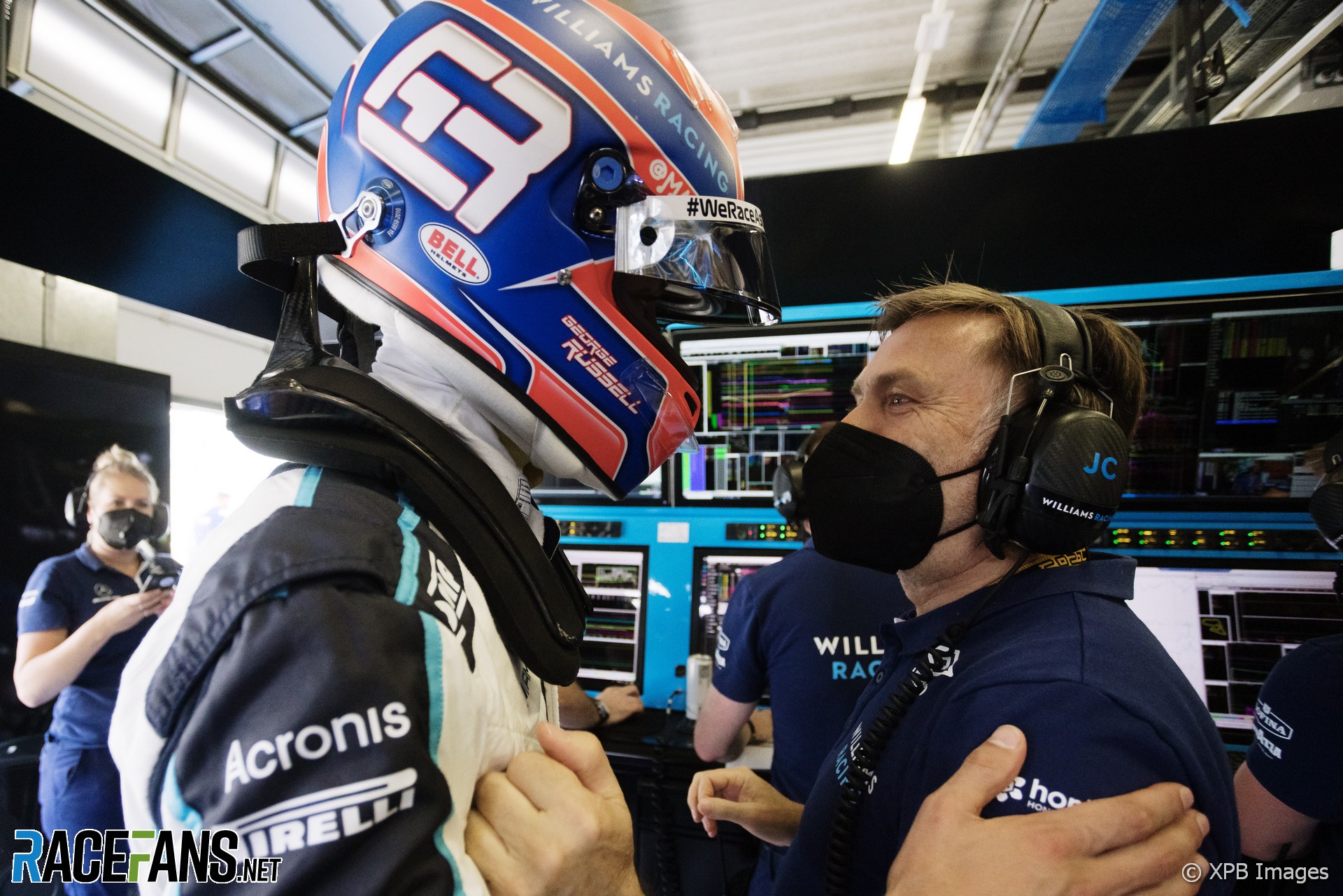 Amid rumours Russell will imminently be announced as Lewis Hamilton’s new team mate for 2021, Capito discussed the team’s plan for its driver line-up and how it is building for the future following its takeover by Dorilton Capital last year.

RF: It’s been a year since Williams announced they would be purchased by Dorilton. What has happened over this last year?

Capito: “What I found is a really good and motivated team. It was just in the recent years and the years before they had, I would say, challenges on the financial side and then couldn’t do the investment that other teams have done. So they got on the back foot. And that, of course, has an impact on the results.

“Now with the change of ownership, the investment got done. But still, it’s not just money – money doesn’t make you win races. I think a couple of companies have proven that in the past. You need to activate the investments you make to make it work, and especially then you have to make the team work and to get the team back from ‘yeah, we are tenth and we have zero points and that’s where we are’ to get back to ‘no, we want to go back to the top’ and convince them that we can do it.

“I’m really surprised how much you can do without having, let’s say, dramatic or major changes to the car. What you can do with activating the team. And be motivated to be competitive again.”

RF: How do you prioritise whether to put your money into developing the car or building up the team’s infrastructure?

Capito: “That’s where we look at what Formula 1 should be in the future and we prioritise also the investments of what we believe the team needs in the future. It’s not necessarily what do we need to catch up with where the other teams are now, it’s looking beyond with what is needed maybe in 10 years and working on that.

“I think that’s also highly motivating for the team itself that we are looking beyond just what we can do for next year and saying ‘where is Formula 1 moving towards and what do we need to do to be competitive in the next decade?’.”

RF: Are Williams going to reach the budget cap in the near future?

RF: How do you see the team’s position within the sport?

RF: It looks 99% sure that you’re going to lose George for next year. Mercedes team principal Toto Wolff said he’s taken the decision already. So how do you feel about losing such a mega talent?

Capito: “First of all, if that really will happen or would happen, it’s not confirmed. And I haven’t got any confirmation. He’s taken a decision, but I don’t know which one. It’s fine with me, I have a good relationship with Toto. And if he’s taken his decision, it’s fine. I’ve taken my decision as well.

“But in this case, we are dependent on what Toto decides. And I hope that he decides to take George because George is at the stage of his career where he deserves to get into a championship-winning car and we are not in the position yet to do that. And I hope that in a couple of years he comes back because he wants to be world champion again and he can get it with us! So, you never know.”

RF: Has Wolff said anything about Nyck de Vries?

Capito: “I don’t really talk to him about drivers because I want to make him very clear, and I think he is very clear, that Williams can take our own decision and we take the decision on drivers. Of course, I look at various drivers and Nyck de Vries is a [Formula E] world champion for sure. It would be stupid not having him in the line-up of potential drivers, so. But he’s not the only one, of course.”

RF: Would you look outside the Formula 1 paddock for a driver?

RF: Would you take Valtteri Bottas back?

Capito: “Taking Valtteri back wouldn’t be stupid, as it wouldn’t be stupid to have somebody else. I think in the moment as before it’s decided that George is leaving. I’m not in the position and I don’t want to talk to anybody in detail.”

Capito: “Nicholas is doing a great job. And there is of course discussions going on, but he’s impressed us this year and he’s getting better and better. And the team likes him, he works well with the team. So I think he’s got a good chance to stay.”

RF: It’s no secret that he brings a budget. You need that budget going forward?

RF: When will Williams be in a position where you can genuinely find four points then podiums without needing conditions like this?

Capito: “That’s difficult to say. Let’s say next year with the new car, nobody knows what the cars will be [like]. Hopefully we will deliver a positive surprise with the first test and then going into the season.

“But I think the teams who have a really good car this year are in a better position to do a really good car for next year with the new regulation than the team that has one of the slowest car. But we are working hard. I think we changed a lot, with FX coming in and really supporting [him].

“I think we have really good engineers and I’m confident that we can have a car that if it’s not in the midfield right away, that can be developed during the season to be in the midfield. And then we have to go step-by-step.”