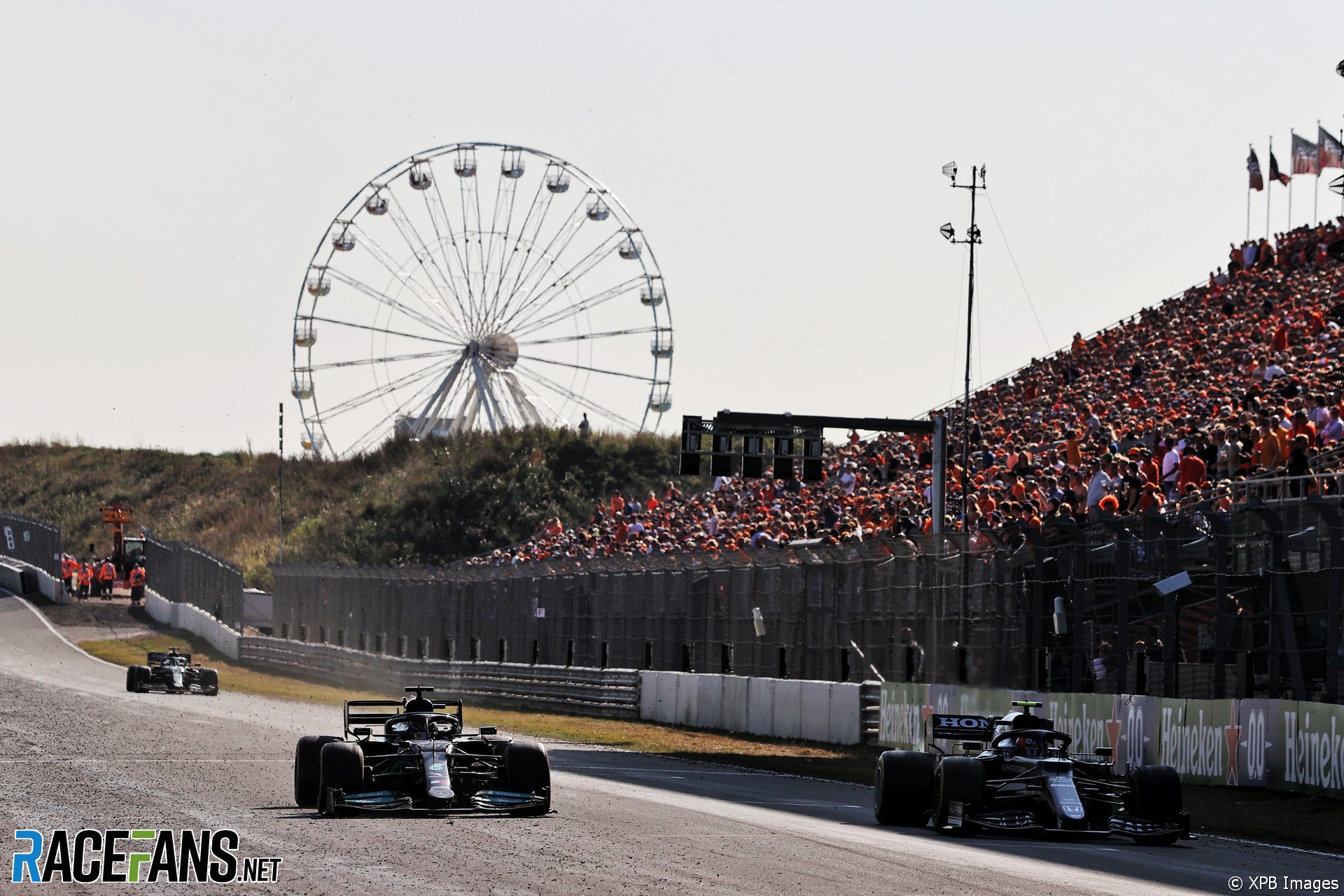 The FIA will consider allowing drivers to use DRS through the final corner at Zandvoort next year after the difficulties many experienced overtaking in today’s Dutch Grand Prix.

The banked final corner at Zandvoort was designed with the intention of allowing drivers to use DRS for longer approaching turn one. However the FIA decided against permitting its use there during this weekend’s event.

Following a race which saw few overtaking moves among the front-runners, some drivers said permitting the use of DRS at turn 14 would have aided passing.

“If we had DRS from the exit of 13 probably that would have helped,” said Esteban Ocon. “I’m not sure it would have been easy flat [out], but probably something to try for next year on simulation and probably get ahead with this to make some more overtakes.”

Lance Stroll said overtaking was “almost impossible” in Sunday’s race “unless you have a big tyre delta.”

The revamped track is “missing a long straight and then a big braking zone, trying to make some opportunities,” he added. “But it’s a great track to drive. Saturday is awesome.”

But the Aston Martin driver was unsure whether using DRS at turn 14 would be safe. “It might make things better,” he said. “I’m not sure if it’d be really safe to do it at the last corner. It’s still a corner the last corner, even though it’s flat [out].”

FIA Formula 1 race director Michael Masi said the data generated during the race weekend would be used to determine whether DRS can be used safely at turn 14 in future.

“As we always do with the DRS, we look to do some simulations and work with what is within the tolerances that we have,” he explained.

“We said here, the banking is completely unknown, let’s go through an event, gather a complete lot of data from practice, qualifying, race and then be in a better position like we do with DRS zones at all events and then review it and see if we need to make changes and how we can make changes for the following year.”

Formula 1’s technical regulations are changing significantly for next year, which may also affect the decision whether to permit DRS at that corner.