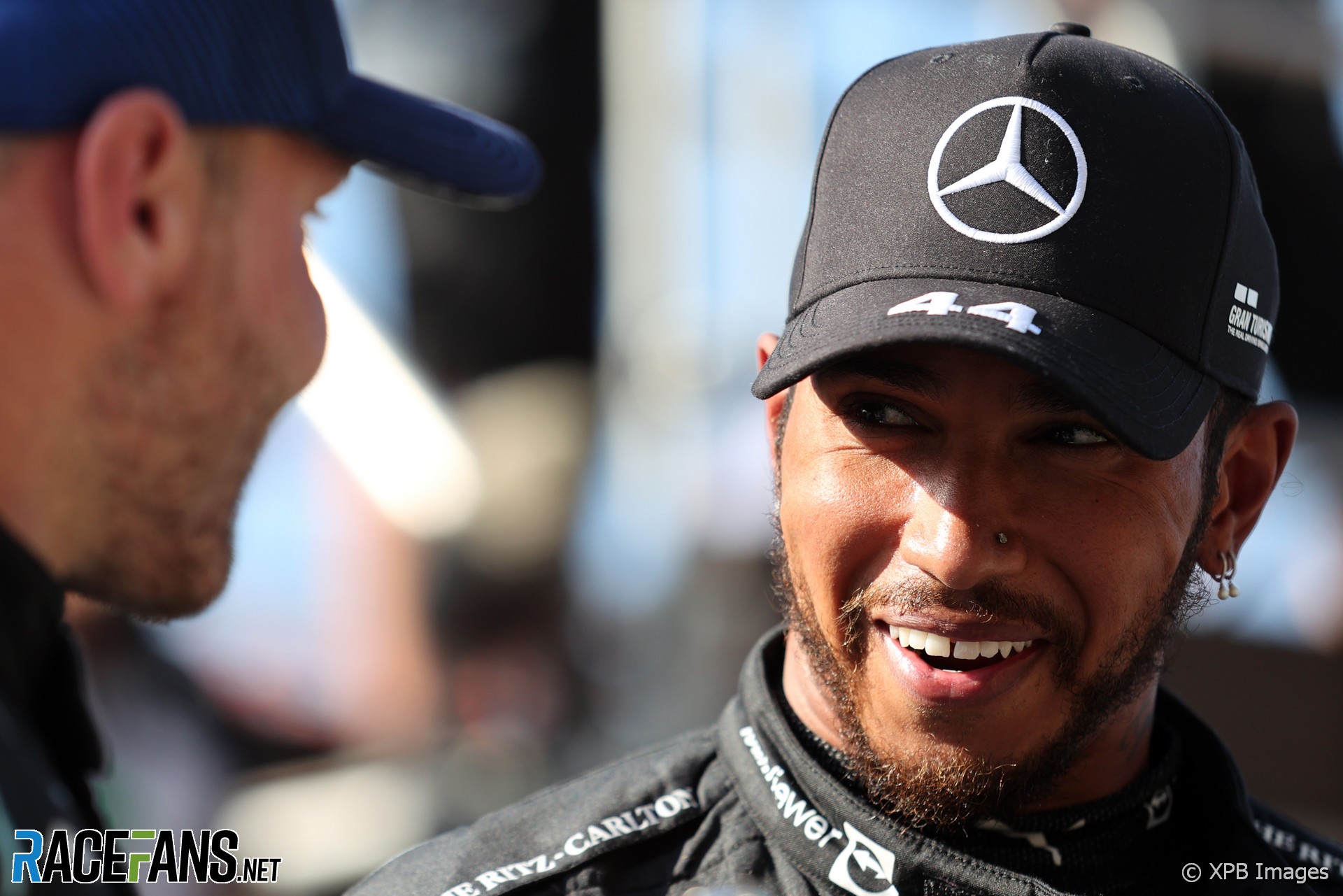 Lewis Hamilton says he was unconcerned by the possibility Valtteri Bottas would take the bonus point for fastest lap away from him, as long as their team scored it.

Despite backing off in the final sector, Bottas did set the quickest lap time. Hamilton came in shortly afterwards and took a fresh set of tyres himself to reclaim the fastest lap and bonus point.

Bottas said Hamilton was always going to come into the pits and his bonus point was never in danger.

“I knew Lewis was going to stop as well, that information I had, and I knew that with a decent amount of lifting in the last sector, he would get it,” he said. “So no drama.”

Hamilton said he “had no idea” Bottas had accidentally taken the fastest lap time away from him.

“But it doesn’t really matter,” he said. “If Valtteri had got it, that would have been fine.

“At the end of the day we needed to get the fastest lap, as many points as we can as a team. So if Valtteri gets it or I get it, it doesn’t really make a huge difference.

“But as I said I didn’t even know that Valtteri had stopped, I was completely unaware of that. It was my choice to stop, I needed that extra point, so I did, and it’s fine.”

Having gone into the race three points ahead of Max Verstappen in the drivers’ championship, Hamilton leaves the Dutch Grand Prix three points behind him.

23 comments on “Hamilton: “Doesn’t make a huge difference” if Bottas takes bonus point from me”