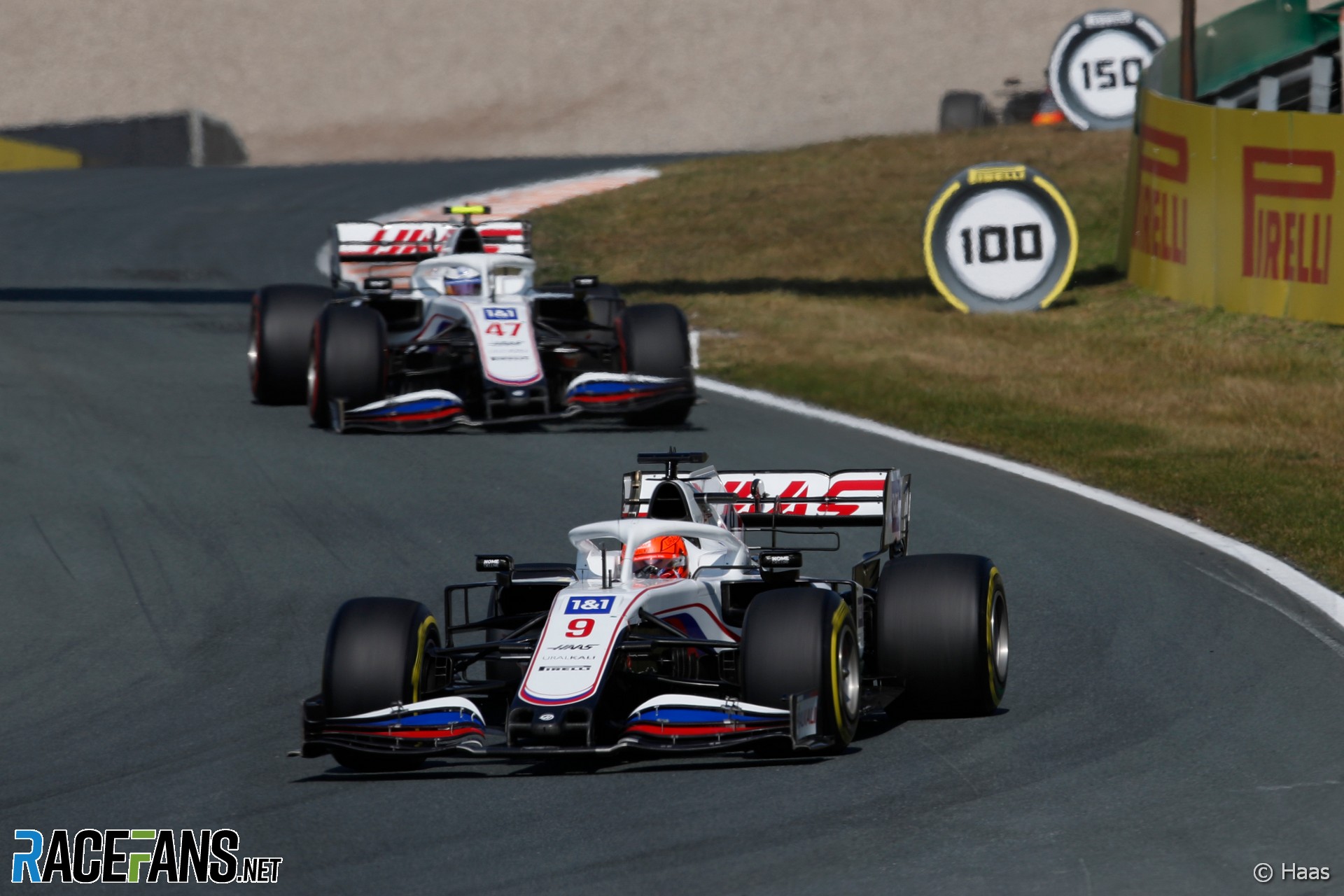 Haas team principal Guenther Steiner says the team will hold discussions over the latest run-in between its two drivers during the Dutch Grand Prix.

However, he said he does not consider either Nikita Mazepin or Mick Schumacher wholly to blame for the deteriorating relationship between the pair.

Mazepin was furious after Schumacher overtook him at the beginning of their final runs during qualifying yesterday, which he believes went against an internal team arrangement. He closed the door sharply on Schumacher early in today’s race, leaving him with front wing damage.

Steiner said played down the contact between the pair, which forced Schumacher to make an early pit stop. “I don’t think it was a nasty move to be honest,” he said. “I looked at the scenario and it takes always two to tango.”

He spoke to the pair following the race and said there will be further discussions ahead of the next grand prix.

“I would say there is not one to be blamed on this,” said Steiner. “We need to work on it, be constructive.

“We had a meeting after our engineering debrief about it. We haven’t come to a conclusion. The plan is to meet before Monza and to see what we need to do to avoid this in future because it doesn’t help anybody, I tried to explain that one. So we will work on it and we will work on it until we get it sorted.”

Steiner indicated the next step could be to impose formal rules of engagement between his two drivers. “It’s not easy to bang their heads together, but you have to come to some conclusions,” he said. “Otherwise, we need to put rules in place.”

Schumacher believes Mazepin’s displeasure at the events of qualifying yesterday was the reason for his hard defensive move during today’s race.

“We didn’t chat much today but I think that from his point of view I think you saw what he still thinks about it and about the whole situation, because I think otherwise you don’t react the way he did in this race today,” he said.

He admitted he hasn’t experienced such a hostile situation with any of his team mates previously.

“This is quite new to me,” he said. “I feel like normally if you talk about it, you have a certain respect then. I feel that it’s quite difficult to find that at the moment for some reason, I don’t really understand. But that hopefully we’ll manage to solve it.”