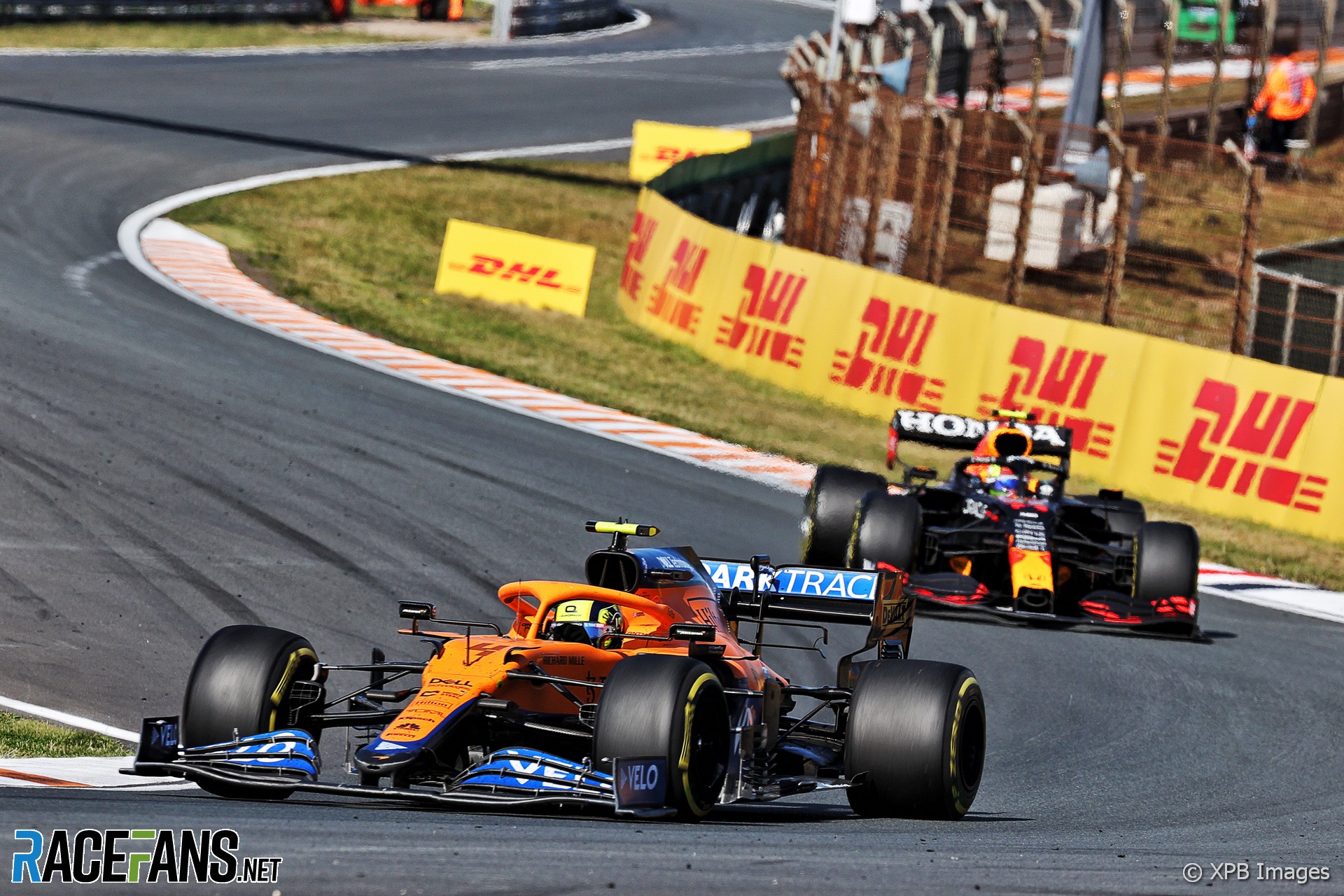 Lando Norris says he wasn’t able to keep Sergio Perez behind him because his foot came off the throttle when the pair made contact during the Dutch Grand Prix.

Perez passed the McLaren driver for ninth place with seven laps to go by driving around the outside of him at Tarzan. The pair made contact at the exit of the corner and Perez claimed the position.

Norris revealed he lost momentum because his acceleration out of the corner was disrupted by the contact.

“The whole car bounced a lot,” he explained. “So my foot came off [the throttle] and I thought something happened, I thought I lost drive in the car.

“But then I came on throttle and I went into the corner praying that the suspension wasn’t broken or anything. It was a bit of a risk. I still tried to get back past him, I stayed alongside, but just the momentum that I lost from my foot coming off-throttle cost me the position.”

The pair clashed previously during the Austrian Grand Prix, where Norris was penalised after Perez went off. He said the incident was on his mind as they fought for position again.

“I can’t look in my mirror the whole way around the corner, so a bit of it has to be done on judgement and expectation of him respecting, him knowing I’m not going to make his life easy, me knowing he’s going to try and go around the outside. I think I left him enough [room]. I need to look from an onboard and stuff.

“But of course I’m going to come on throttle and try and squeeze him and not make his life easy. But it’s only that, I’m not going to try and make contact or try and force him off or anything.

“The last time I did, I got a penalty. I’m not stupid, I’m not silly, but I’m not going to let him past either.”

36 comments on “Norris: Perez passed me because contact knocked my foot off throttle”