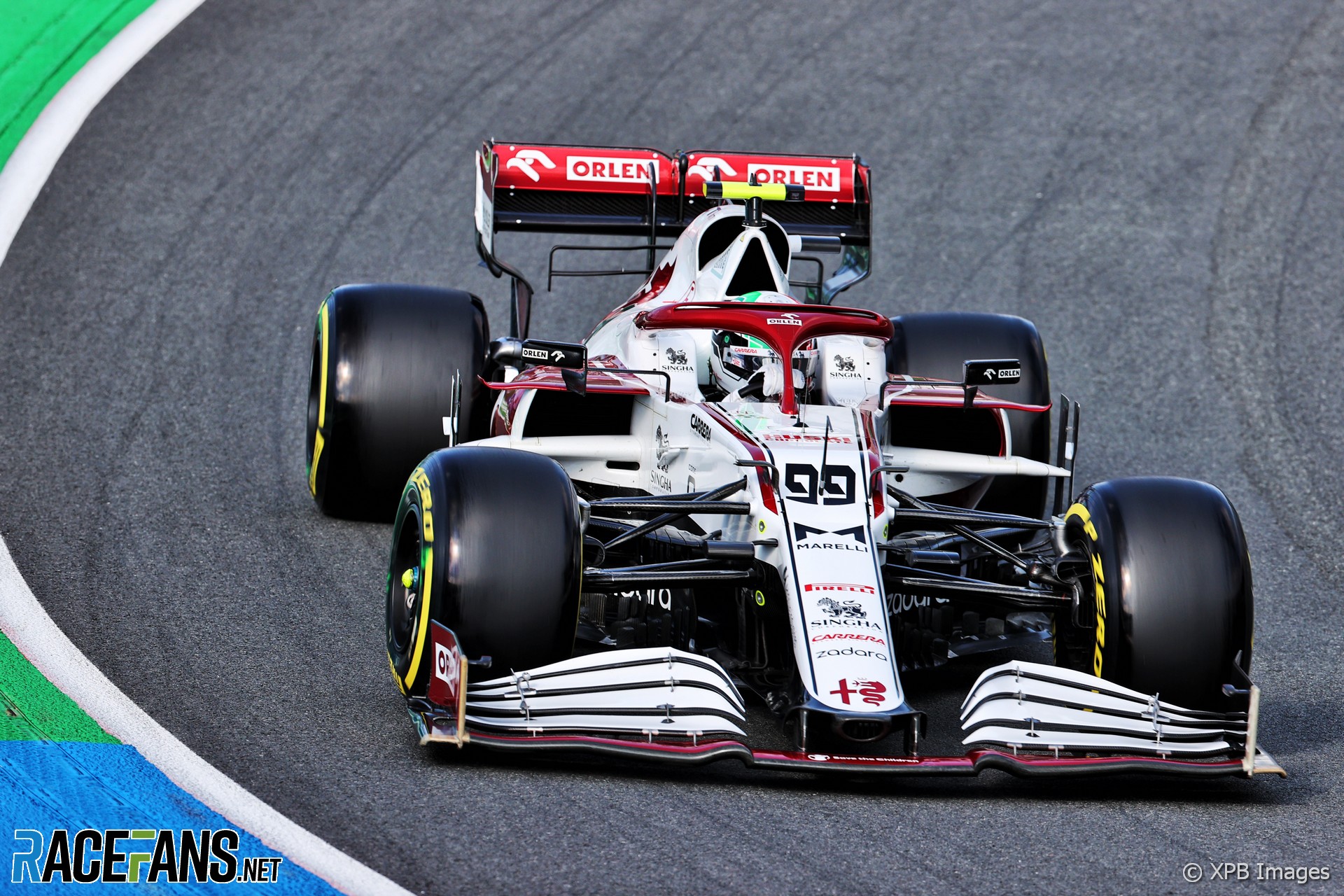 Antonio Giovinazzi says his hopes of scoring points in the Dutch Grand Prix were dashed by a right-rear puncture just before half distance.

The Alfa Romeo driver started from a season-best seventh on the grid and was running in 10th place before his first stop. But just six laps into his stint on medium tyres, Giovinazzi was forced back into the pits after developing a puncture.

“We had a puncture on the rear-right, but we don’t know why,” he explained. “I think after that, the race was over because we’d done one stop more than the others and then it was just difficult.”

Giovinazzi was involved in a frantic scrap on the opening lap, making minor contact with Fernando Alonso as the pair charged down to the high-speed Scheivlak corner.

“We were in turn three and then on the straight and then I had touch with Fernando,” he explained. “That was it.”