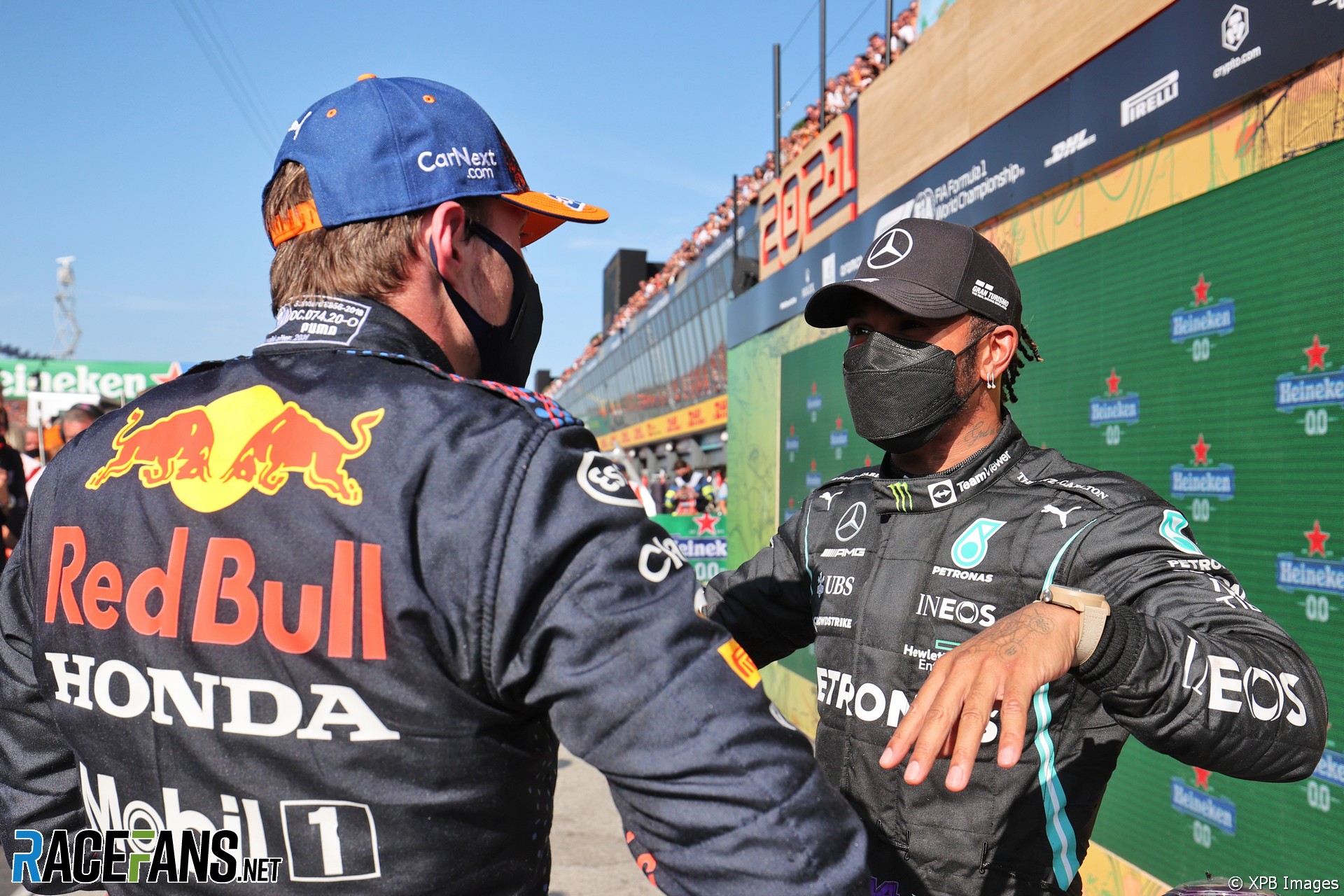 Max Verstappen and Lewis Hamilton are both convinced they need more from their cars to come out on top in the championship.

The Red Bull driver kept Hamilton behind to win today’s Dutch Grand Prix. In the last nine races he has scored six victories to Hamilton’s one.

Nonetheless, he believes Mercedes are more competitive than their recent results may have shown.

“They had pole position in Silverstone – even though of course it didn’t count as a pole position – and they were ahead in Hungary where they definitely had more pace than us, it just looked better,” Verstappen says. “But of course Hungary was a crazy race with whatever happened, with the wet and the start.

“So I think you shouldn’t look at stats. I think you should look at the realistic pace, what there was, and not look always at the race result, because I definitely think that they would have won Hungary if everything went normal.”

Mercedes appeared to close the gap to Red Bull in the two races before the summer break. Verstappen said his team have made progress since then.

“I really thought in the break ‘we really need to speed things up here’, because otherwise they’re going to run away with it. And I think we did pick it up a bit.

“I feel like we still need a bit more, but it’s heading into the right direction. Also we have to see, there’s still quite a lot of different kind of tracks coming up. So it will definitely swing both ways and we just have to keep on it and keep pushing and keep bringing new bits to the car.”

Hamilton, who lost the championship lead to Verstappen today, said there have only been a few races so far where Mercedes have been a close match for Red Bull.

“I’m giving it everything, we’re giving it absolutely everything and I think even since the first race, these guys have had such a strong car all year.

“We’re trying as hard as we can. But we’ve had a couple of races where it looked like we just about were on par with them or just slightly ahead. But there’s only been a couple of those, and then [they] took a big, big leap and it’s been difficult.

“I guess it’s so close, you can’t really overtake in a lot of these places that we’ve been to probably previously because we are so closely-matched. There’s nothing really more I can say.”

The reigning world champion is also convinced Mercedes need to find more from their car over the remaining races.

“We just have to keep our heads down, keep working, keep pushing. We are ahead in the team championship, which is great. But of course we need to pick up some speed if we want to be able to win races in future.”