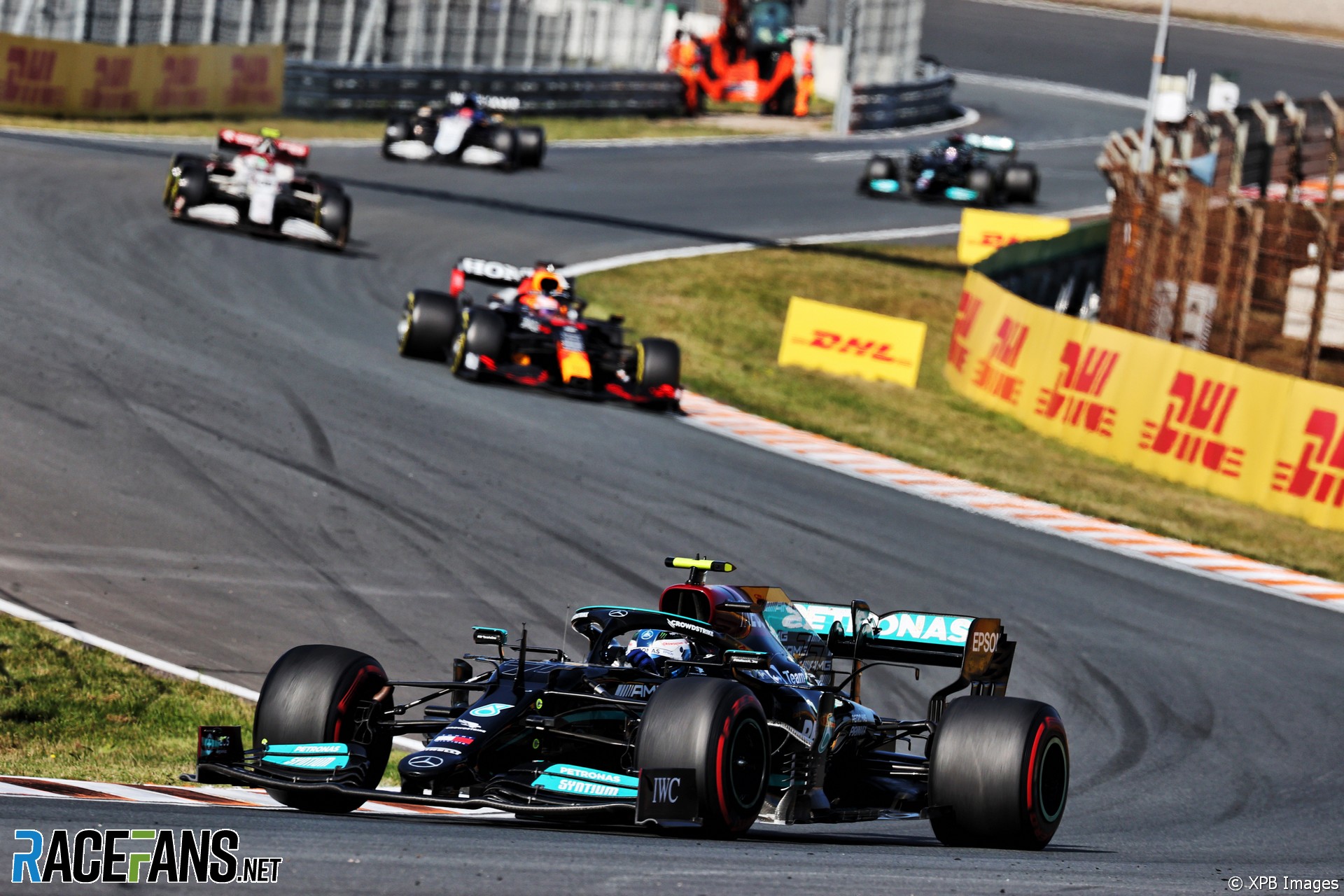 Verstappen led the race from the start but pitted in response to Lewis Hamilton’s early stop, allowing Bottas into the lead. Mercedes opted to keep Bottas out to split their strategy in an attempt to attack the Red Bull driver, but Verstappen was able to pass Bottas with the advantage of fresher tyres and DRS along the pit straight.

Horner says that Verstappen’s ability to dispatch the Mercedes without delay was the key factor in neutralising the threat posed by the second car.

“We expected them to split the strategy, which they did,” Horner says. “Obviously, they had two cars in play, so going aggressive with Lewis along with Valtteri.

“The crucial part of the race for Max – because the two-stop was the faster race – was to make sure that we re-passed Valtteri immediately. And he did that. That then opened up opportunities to make the second half of the race much more manageable, whereas if he’d have spent a lot of laps behind Valtteri, that could’ve opened us up to an undercut.”

Once ahead of Bottas, Verstappen was never headed again throughout the rest of the race, taking a home victory to the delight of the Dutch fans in attendance at the Zandvoort circuit. Horner praised his driver’s performance under the pressure of expectation from the home crowd.

“The atmosphere here has been outstanding,” Horner says. “I think in my entire career I’ve never had so much support for a driver. It’s been like being at a nightclub for three days.

Red Bull were at risk of being vulnerable to Mercedes’ strategy in large part because Sergio Perez had started from the pit lane after being eliminated in Q1 on Saturday. Despite the disappointment of qualifying, Horner says he was pleased with Perez’s rise through the field in the race.

“I think unfortunately, Checo, not only did we take the penalties, but then a massive flat-spot and then he had to take another stop and go onto a less-optimal strategy,” says Horner.

“So I actually think his drive back through the field was fantastic. He was the only car I could see really overtaking and to come back there into the points – important points for us today – was a very strong race for him.”