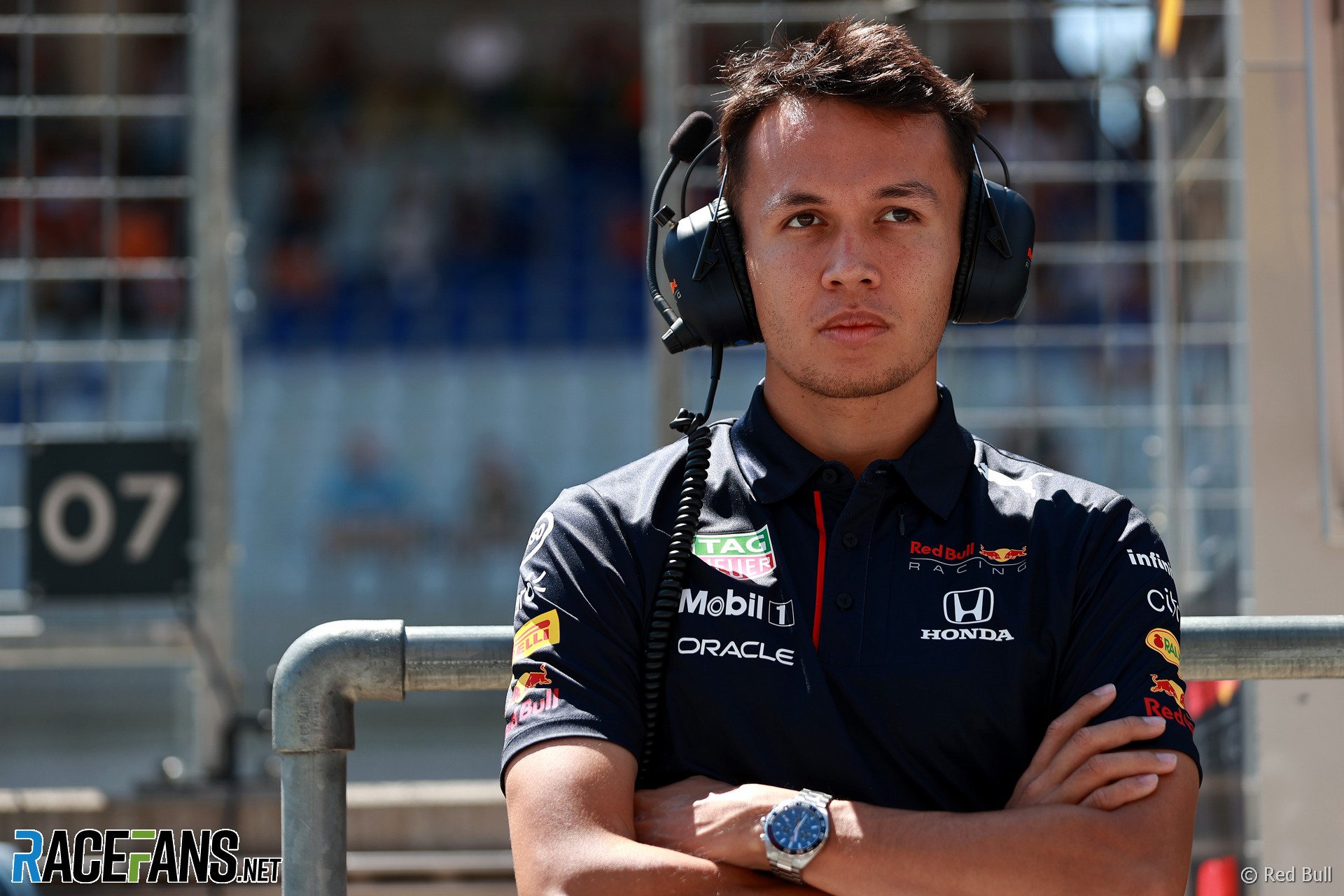 Alexander Albon will return to Formula 1 with Williams next year, the team has confirmed.

The 25-year-old will take the place vacated by George Russell, whose move to Mercedes was announced yesterday.

Williams has also announced Nicholas Latifi will remain at the team for a third season next year.

Albon said he was relieved to be making a swift return to Formula 1 after finding himself without a race seat this year.

“When you take a year out of F1 it’s never certain you will make a return so I’m extremely thankful to Red Bull and Williams for believing in me and helping me on my journey back to the grid,” he said. “It’s also been great to see all the progress Williams have been making as a team this year and I look forward to helping them continue that journey in 2022.”

Willams CEO Jost Capito described Albon as “one of the most exciting young talents in motorsport, yet comes with a large amount of F1 experience from his time at Red Bull.”

Albon made his Formula 1 debut with Toro Rosso in 2019, but was promoted to Red Bull at mid-season. He lost his place in their race squad following a disappointing 2020 campaign, but was retained as a reserve driver, and Red Bull have been eager to place him at a team for the upcoming season.

“His multiple podium finishes highlight his speed as a driver, and we know he will immediately feel at home with the team at Grove,” Capito added.

Red Bull confirmed it has released Albon from his contract in order for him to join the Mercedes customer team, but retains an option on his services for the future.

Albon will be reunited with Latifi, who was previously his team mate at DAMS during the 2018 Formula 2 season.

View the current list of 2022 F1 drivers and teams