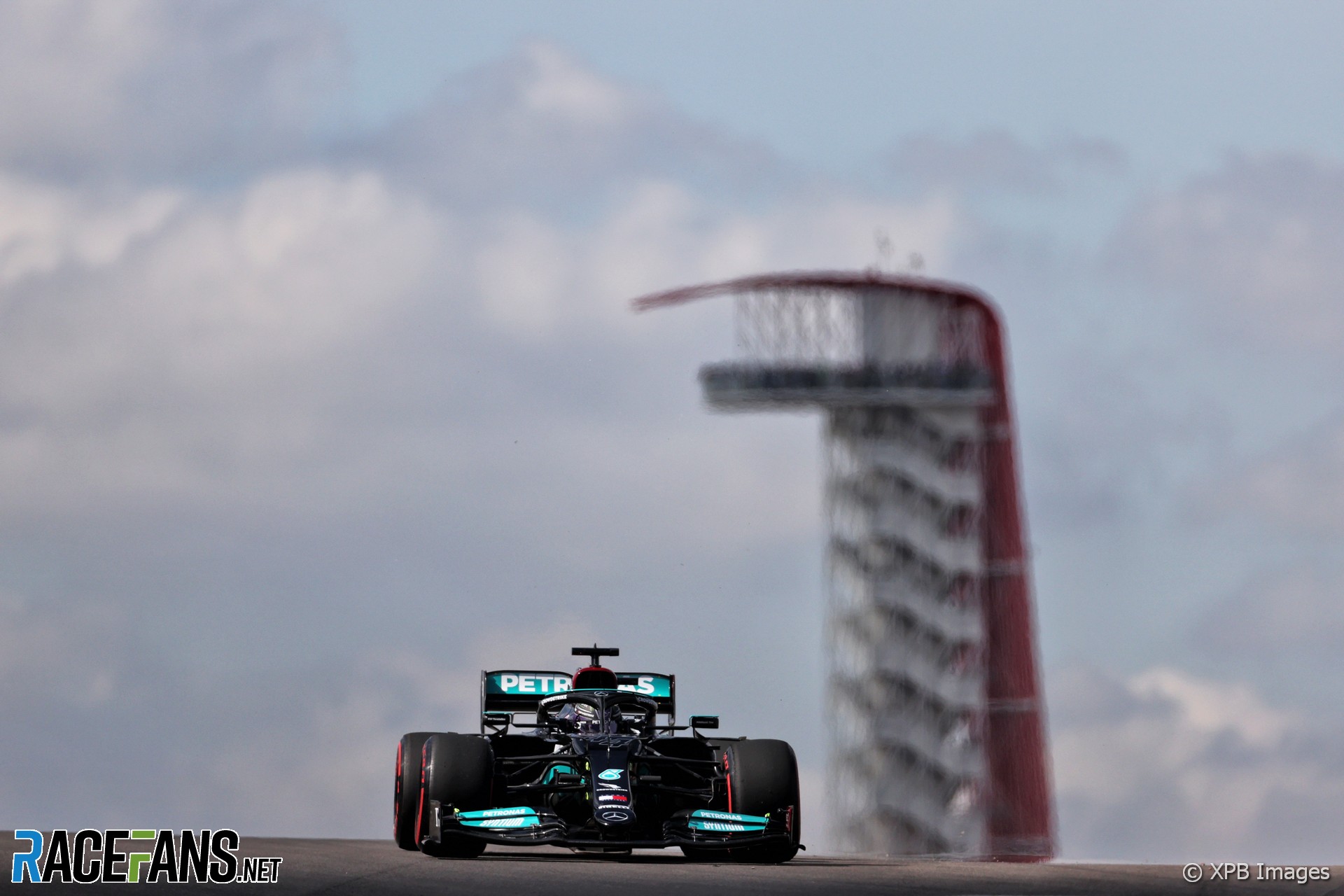 Mercedes team principal Toto Wolff has insisted his team has no “silver bullet” on its car after Red Bull drew attention to a potential ride height innovation on the W12.

Wolff’s opposite number at Red Bull, Christian Horner, told Sky Mercedes’ recent gains in straight-line speed may have arisen from “the system that they’re activating now”.

“They were dropping the rear ride height significantly in Turkey,” Horner added. He previously claimed Mercedes had an advantage of up to 20kph at Istanbul Park.

However Wolff denied any one system on the car is responsible for its improved performance in recent races.

“We recognise absolutely that this is a sport where competitors will try to find out, always, whether there’s some kind of silver bullet,” said Wolff. “My experience is that there’s no such thing, it’s all small gains, marginal gains that are being added and then bring performance.

“We’re trying to really comprehend our car better and add performance and lap time without listening too much to the noise.”

Mercedes has made gradual progress since introducing new parts on its car at the British Grand Prix, according to Wolff.

“Obviously we’ve introduced an upgrade at Silverstone and since then have comprehended every race a little bit better how to extract the maximum performance. And now since Sochi, then in Turkey and also here, it proves to be definitely the right parts.”

Mercedes were almost a second quicker than Red Bull in the first practice session for this weekend’s race at the Circuit of the Americas. “What we have been able to understand is how to hit the sweet spot of the car in terms of the set-up,” said Wolff.

“Today when you look at the lap time it’s a straight-line gain. I think we found the right compromise between drag and downforce, and on the other side we were very quick through the fastest corners which is good, and equal to Red Bull on the slow corners, so overall the car is much better altogether.”

Horner called attention to the “significant” movement in the rear ride height of the Mercedes at the Turkish Grand Prix. Teams have used similar techniques before to stall the diffusers in their cars, reducing the drag they produce, and improving their cars’ straight-line speed. Mercedes may have found a way to achieve this with their W12.