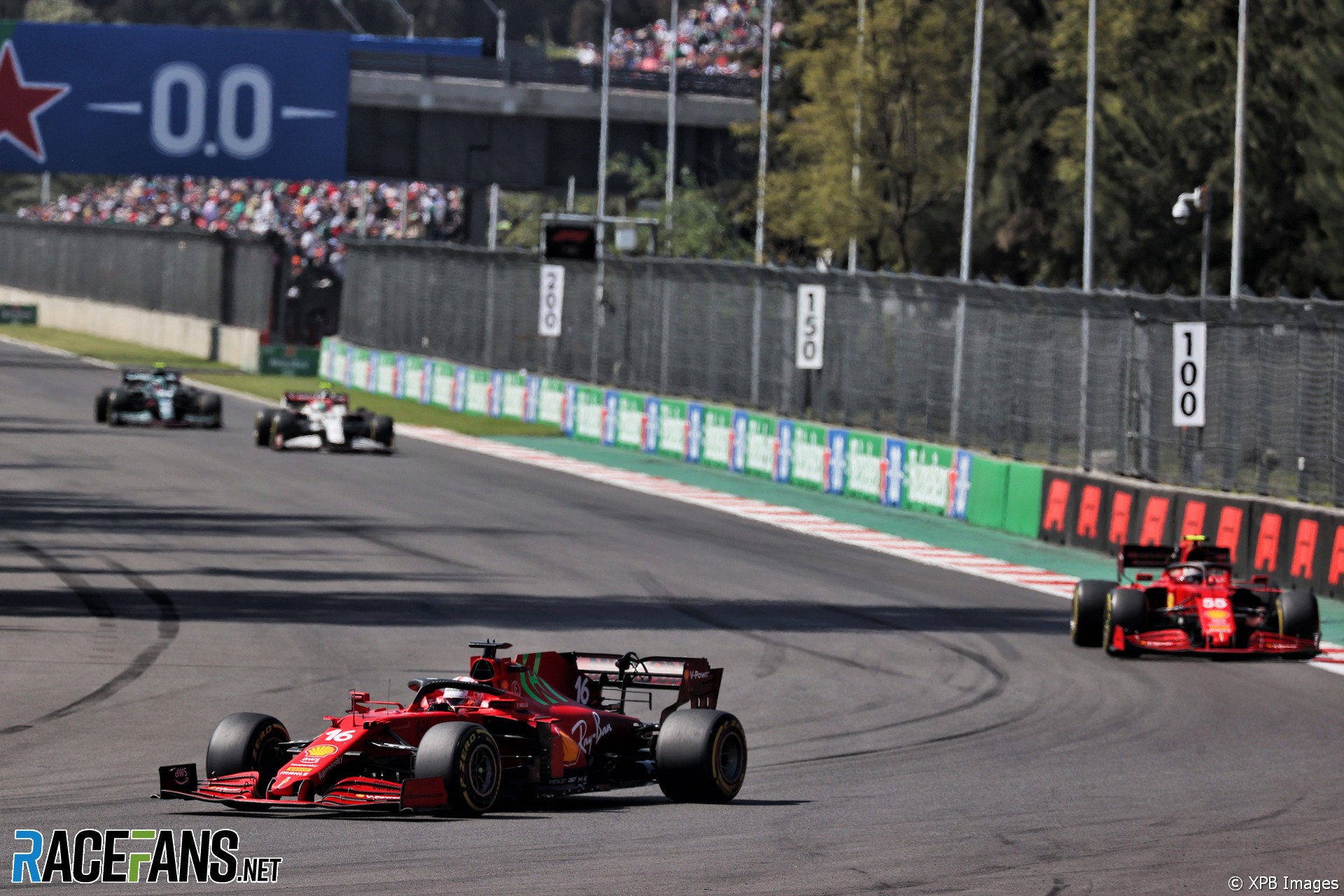 Ferrari team principal Mattia Binotto praised the team’s drivers after the exchanged positions twice when instructed by the team during the Mexico City Grand Prix.

The worldwide broadcast of the race showed Charles Leclerc initially hesitating to respond to a request to let team mate Carlos Sainz Jnr pass him. Leclerc complied, and Sainz later backed off by six seconds to hand the position back again.

The swap was arrange to give Sainz an opportunity to attack Pierre Gasly for fourth place. Leclerc first allowing Sainz by into fifth before Sainz returned the favour to his team mate in the closing laps.

Binotto explained how the team planned the strategy with their drivers prior to the race.

“It’s a scenario we discussed this morning during our usual strategy meeting,” he said.

“We knew that at some stage in the race, maybe because we somehow made a different strategy between the two – one stopping early, the other one staying longer on track and the one staying longer with a tyre disadvantage by the end of the race. So we knew that this could have been maybe an opportunity to try to catch up to the driver ahead, who was Gasly.

“But that was on paper, and we said by doing that, we would have given an advantage to one of the two drivers. So we stopped with the intention to try to catch up Gasly and then swap back if that would not have worked and we did it. So I think it has been a good team spirit.”

Sainz pulled away from his team mate in a bid to catch Gasly, but was unable to get close enough to be of any threat to the AlphaTauri. Sainz then backed off heavily through the first sector on lap 69, sacrificing a 6.4-second advantage over the sister Ferrari to allow his team mate to catch and reclaim his fifth position.

“It has been, in the collaboration of the two drivers, great – the way it has been managed,” Binotto says.

“It’s not easy when you are six, seven seconds ahead, we need to slow down so much to swap again to give back the position. But the best thing is that they both understand the situation at the moment.

“So we tried whatever we could try to catch up Gasly. But when we realised it would not have been possible, we simply kept the initial positions.”