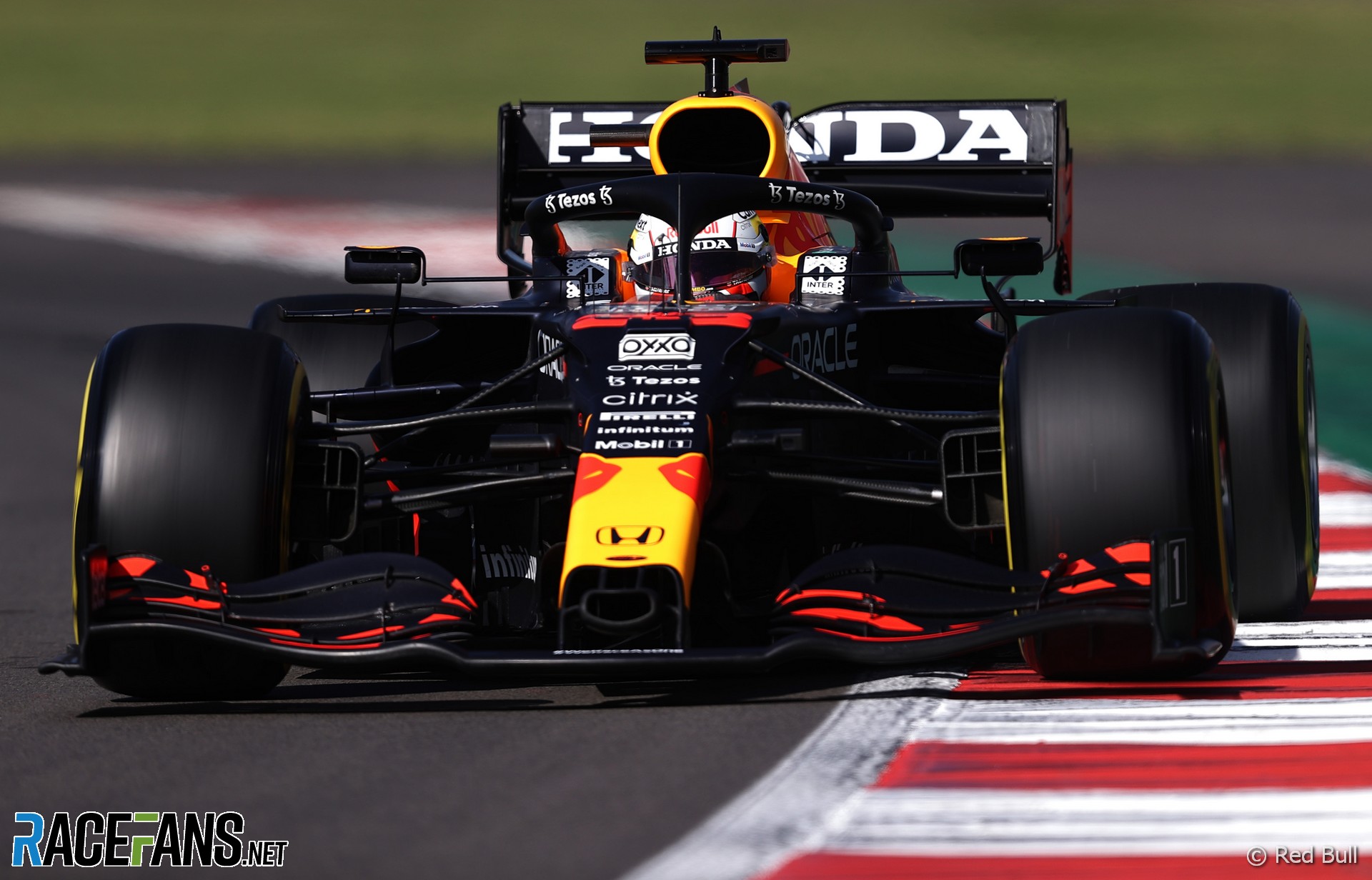 Mercedes were able to surprise Red Bull – and themselves – by snatching the front row at the Autodromo Hermanos Rodriguez. But will they be able to stay ahead until the chequered flag – or even as far as turn one?

The statistics are not on their side. The last time the pole-winner took victory in the Mexican Grand Prix was five years ago, when Lewis Hamilton triumphed.

In 2017, 2018 and 2019 the pole-winner failed to even finish in the top three. That’s not a great omen for Valtteri Bottas after he beat his world championship-contending team mate in qualifying.

The sprint down to the first corner with its huge approach speed and tricky braking zone is likely to be spectacular. Last time Hamilton and Max Verstappen tripped over each other, Hamilton going on to win.

Could a repeat be on the cards? Verstappen has the benefit of the grippy racing line from third on the grid, while Hamilton may find it harder to get away off-line in second. The world champion, however, has the benefit of Mercedes’ slightly superior straight-line speed.

Mercedes’ front row lock-out has taken them by surprise and prompted a reassessment of their likely tactics. “We haven’t discussed it because we felt that we were not in a position to consider to talk about it,” said team principal Toto Wolff. “It would have been such a long shot talking about victory before qualifying. Obviously the situation is different now and we’re going to address that tomorrow in the morning, like we always do in the strategy meeting.”

“Most important is to stay ahead at the start,” he added. “Then from there it is easier to manage the race.” No doubt Bottas and Hamilton co-ordinate their efforts to share the slipstream and block the Red Bulls from attacking them on the inside of the corner. It would be no surprise if at least one driver ends up in the run-off and has to rejoin the queue of cars, which has been a bone of contention in recent races (particularly for Fernando Alonso).

For Red Bull, getting at least one of their cars among the Mercedes at the start is vital in order to ensure they have strategic options to challenge their rivals. Overtaking on-track is very difficult, and although Red Bull’s strong pace in the final sector will allow them to get close to Mercedes, their straight-line speed isn’t as strong.

Pirelli say there’s no question the Mexico City Grand Prix will be a one-stop race, meaning the chasing teams may only have one chance to go aggressive with an ‘undercut’. Red Bull and Mercedes took a different approach to tyre management in practice which will affect their allocation for the race. In second practice Mercedes used no mediums while Red Bull used no hard tyres, presumably to reserve them for the race.

“We got rid of one of the hard tyres in FP2, used only softs in FP1,” said Bottas, after the session. “We think that’s the best for our car but we’ll see on Sunday how it goes.” Both teams will start on the medium compound as per their Q2 times, which Red Bull seemed to have a slight advantage on before their lap times went south in qualifying.

The track conditions have been particularly challenging this weekend. The surface is in worse shape than usual – the venue was used as a field hospital as Covid-19 ravaged the city – and multiple drivers have spun during practice and qualifying sessions, due to dusty conditions and oil laid down by support race touring cars. The GTM Freightliner series has been a particular headache, leaving oil spills ahead of F1 session.

The longest stints on the soft tyre during second practice were from Sebastian Vettel and Antonio Giovinazzi – not surprising, given that the Alfa Romeo and Aston Martin were unlikely to make Q3 on any other compound. Both did 13 laps on the compound and while Vettel’s times had a lot of variance (and were over a second faster) Giovinazzi’s were very consistent around a 1’23 mark.

Tsunoda got through to Q3 despite a power unit replacement putting him to the back of the grid and did it on soft tyres, in order to guarantee his place. The purpose of doing so was to help team mate Pierre Gasly, who starts fifth, as well as nominally to put Tsunoda at the front of the drivers who had taken grid penalties.

He will start ahead of Lando Norris, the other penalised driver to make Q3, with the McLaren on medium starting tyres and Tsunoda – already having a difficult weekend after Christian Horner blamed him for Red Bull’s qualifying woes – will have a big job on the opening laps to make the soft tyre’s initial grip advantage work.

The top teams are likely to allow the strategic permutations at the sharp end of the field to unfold before deciding whether to take advantage of any opportunity to swap the running order of their drivers.

The possibility of Red Bull having to use team orders to help Verstappen was widely debated before the weekend began. After all, it could deprive Sergio Perez of a popular home win, and the first for a Mexican driver. However with Bottas leading Hamilton on the grid it now looks like a question Mercedes will have to grapple with as well.

“I’m a racer and I feel that such discussion is something that is always just disappointing in a way,” said Wolff. “But sometimes the circumstances oblige that. But we will address it and discuss it first with Valtteri and Lewis because they are both involved in such discussions and then see whether the race scenario actually obliges us to make any such call.”

Will Red Bull pierce Mercedes’ defences to claim their expected victory in Mexico? Share your views on today’s race in the comments.