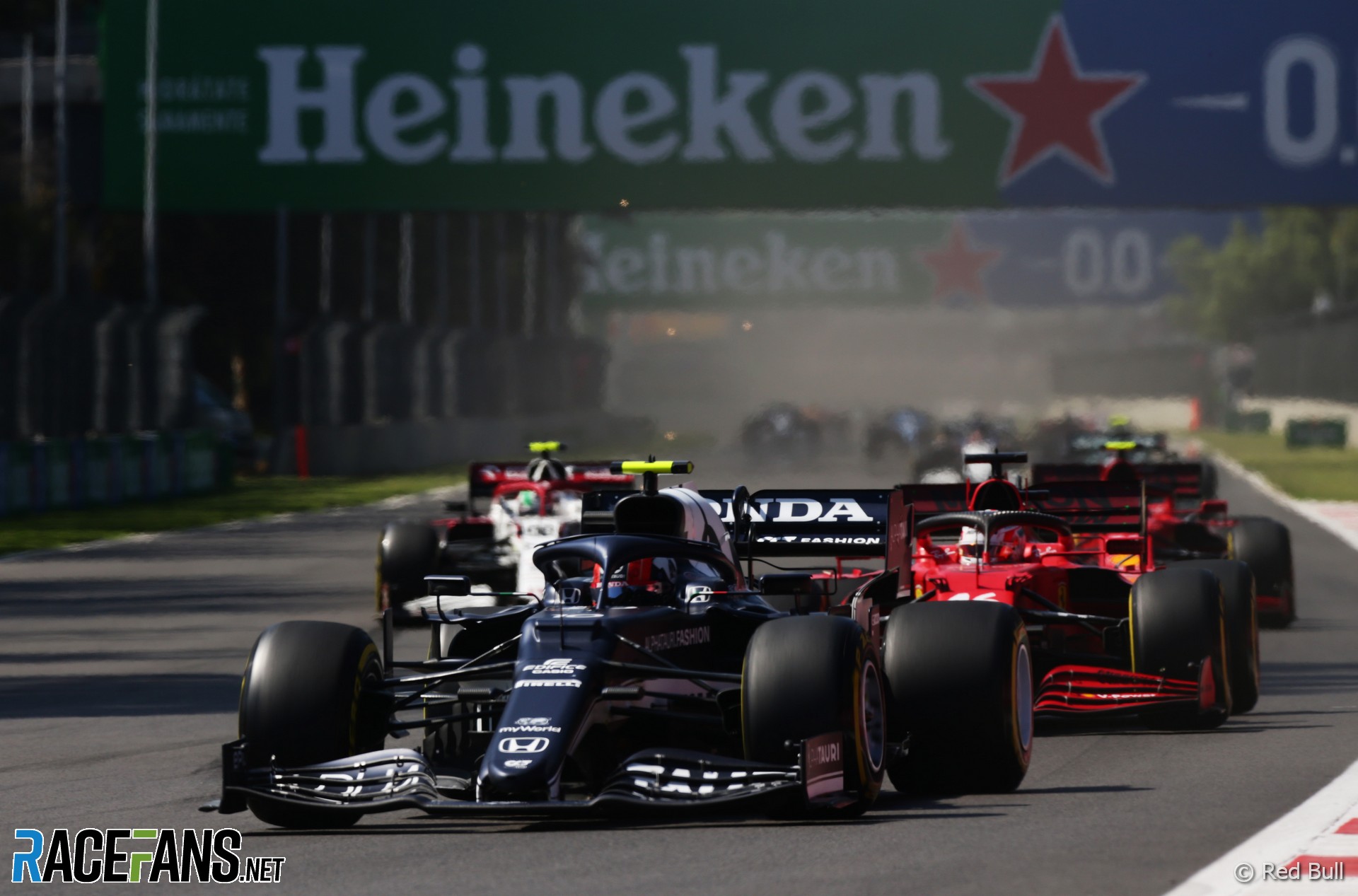 A fourth-place finish in the Mexico City Grand Prix for Pierre Gasly, ahead of both Ferrari drivers, has brought AlphaTauri equal on points with Alpine.

Gasly had qualified fifth, with only the Red Bull and Mercedes drivers ahead of him. Valtteri Bottas‘ spin at the start of the grand prix gave him the opportunity to score fourth place, which he took, resisting pressure from both Ferrari drivers.

“It was the perfect weekend,” said Gasly. “I don’t think anything could have been better than that.

“We clearly did a good job yesterday in quali and then today P4, behind Red Bull and Lewis [Hamilton] is a basically a small win for us, so I’m extremely pleased. A lot of points for the championship as well and the pace was just good.

“From the first lap to the end, I had everything under control and the Ferraris were never really able to attack me. So that was a very enjoyable race. Even if it was a bit lonely, was still enjoyable to see the pace.”

AlphaTauri’s other driver retired at the start of the race. Yuki Tsunoda collided with Esteban Ocon in between the first two turns and stopped with damage.

Gasly had to avoid contact ahead of him at the start as Daniel Ricciardo collided with Bottas at turn one and Sergio Perez darted across the run-off area.

“I saw Ricciardo took a very good start, very good slipstream,” he explained. “I kind of got a bit stuck behind Max [Verstappen] and Lewis and I don’t know what happened for Danny but once he touched Valtteri we had to basically avoid the contact with Sergio and go wide. But then after that was everything was fine. So a perfect race.”

He stayed on top of rising brake temperatures – a problem for many drivers at the high altitude of Mexico City. “I always had the pace, I always had the tyres,” he said. “The team was asking me to kind of back off a bit for the brakes, but I had the pace in the car.

The race was “really pleasant”, said Gasly. “At one point I asked them just let me do my thing, I had everything under control, and I was confident we had everything I needed to to keep that position.”