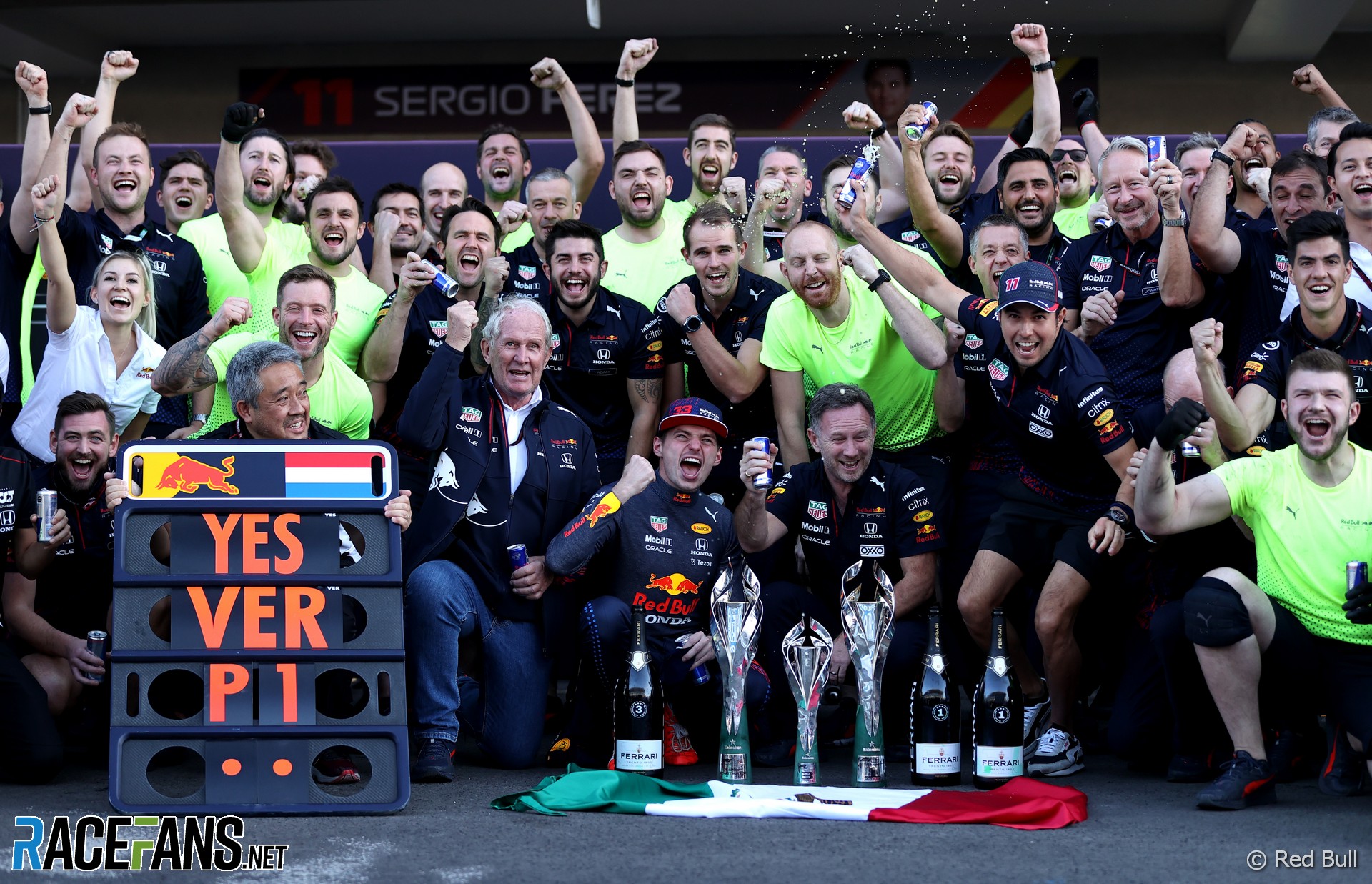 With his ninth victory of the year in the Mexico City Grand Prix, Max Verstappen ensured no one will win more races than him during the 2021 Formula 1 season.

Lewis Hamilton has been the most prolific winner in every season since the V6 hybrid turbo era was introduced in 2014. He can still match Verstappen’s tally, but only if he wins all the remaining races.

Over the past seven years Hamilton has scored no fewer than nine wins each season and has never failed to win the most races. That included in 2016, his only championship defeat during that time.

This episode of Formula 1 was brought to you by the number 19. Verstappen scored the 19th win of his career, while Valtteri Bottas took his 19th pole position and 19th fastest lap.

The Mercedes driver now has the most pole positions of any driver who has never been world champion, surpassing Rene Arnoux’s total of 18. Arnoux’s best championship position was third for Ferrari in 1983, while Bottas finished the last two campaigns in second place.

Bottas also denied Verstappen the fastest lap of the race, though as he finished outside the top 10 he did not score the bonus point. He now has as many fastest laps as fellow non-champions Stirling Moss and Mark Webber, as well as Damon Hill and Ayrton Senna.

The 21st F1 race in Mexico saw the first podium appearance by one of the country’s competitors. Sergio Perez claimed third place. His team mate did the same at Zandvoort, becoming the first Dutch driver to stand on the podium at home.

How many different countries have seen drivers finish on the podium at home? That’s right, 19. But it’s not quite that straightforward.

The only Australian driver to stand on the podium at his home race, Daniel Ricciardo, did so in 2014. He was subsequently disqualified from second place due to a fuel flow rate violation. So the record shows only 18 driver have been classified in the top three at their home race. Ricciardo still stood on the rostrum though…

The Red Bull drivers were accompanied on the podium by chief technical officer Adrian Newey. The race marked the 30th anniversary of the first F1 victory for a car he had helped to design, the Williams-Renault FW14, which Riccardo Patrese took to victory at the Autodromo Hermanos Rodriguez in 1991.

Perez also became the first Mexican driver to lead their home race. He hit the front for six laps of the race. However Perez has still spent fewer laps ahead of his team mate than any other driver. He’s been ahead for just 9.4% of all laps where the pair have been on the track at the same time. No wonder Red Bull weren’t too worried about the possibility of having to order him to let Verstappen win.

Fifth and sixth places for the Ferrari drivers moved the team up to third in the points ahead of McLaren. However they had to follow Pierre Gasly home as he took his third top-four finish of the season and drew AlphaTauri level with Alpine for fifth place in the standings.

Review the year so far in statistics here:

Have you spotted any other interesting stats and facts from the Mexico City Grand Prix? Share them in the comments.