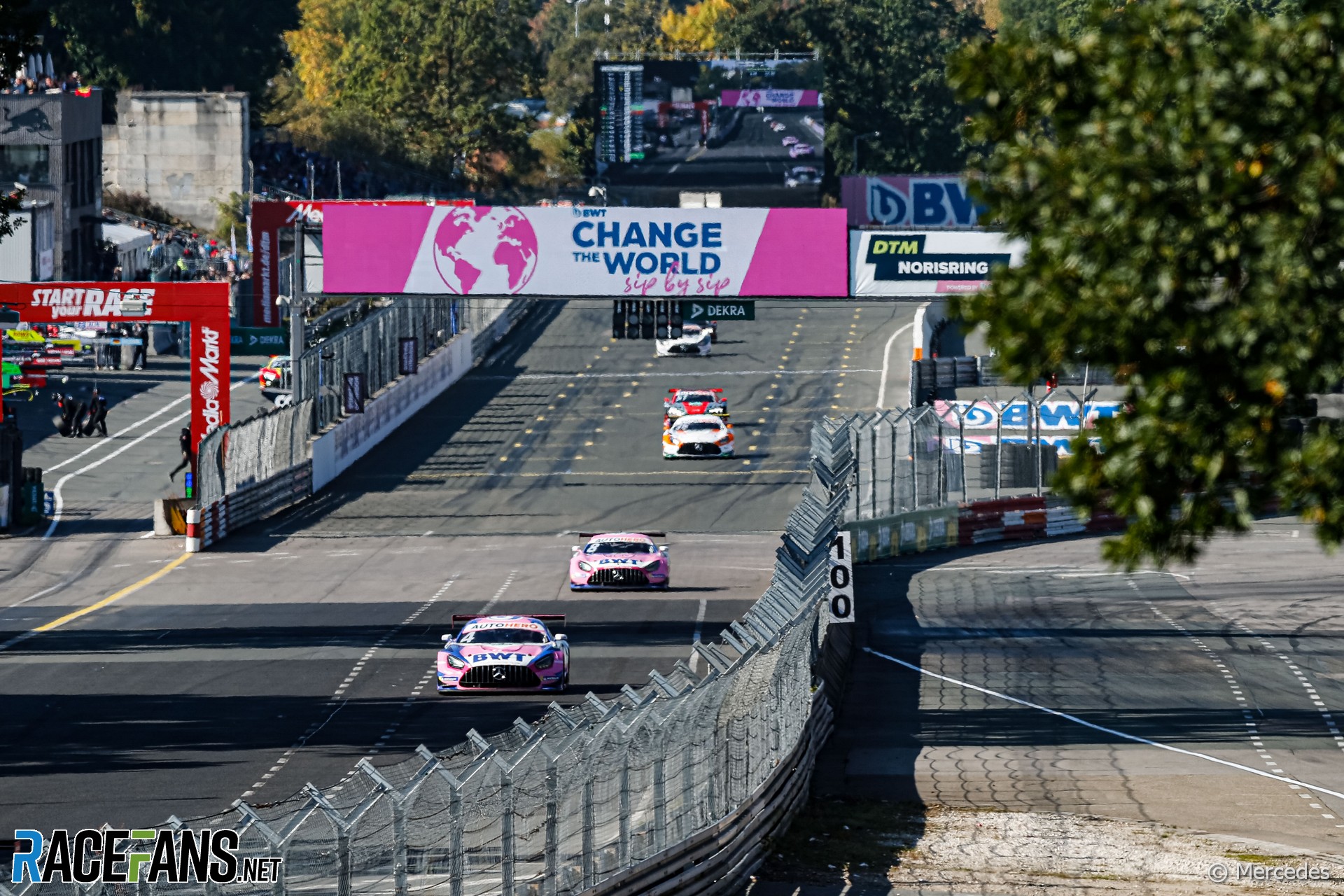 “In my opinion, that has never happened in Formula 1, that other teams have given up positions for anybody else, at least not in my recollection,” he said.

“In touring cars it’s a modus operandi in the DTM that we have known for a long time. In the DTM 30 years ago, they started to do that and we saw that also in the last race. But that’s not going to happen in Formula 1.”

Alejandro Soberon, the president of Mexico City Grand Prix promoter CIE, says having more F1 races in the Americas will be better for the sport’s global popularity.

Soberon said he isn’t concerned by regional competition from the two US rounds on the 2022 F1 calendar. “I don’t see that the Miami race has to affect in any way the Mexico race, or the or Austin race, I think there’s enough space.

“Latin America has 500 million people. What you need to have is a race people want to attend and to go and to have the competition where it has to be. I think, in that regard, Formula 1 is a better race and more competitive race than [previous] years.”

Alonso: second title “doesn’t feel like it was 15 years ago”

Fernando Alonso is returning to the scene of both his world championship victories this weekend, the last of which occured in 2006.

“Obviously, the place brings back very good memories and it doesn’t feel like it was 15 years ago that I won my second title there,” said Alonso. “We had a strong package that year, but as the season entered the latter stages the Ferraris were very quick and consistent.

“However, Michael [Schumacher] had a retirement in Suzuka, which was the round just before Brazil, and this meant we only needed one point to take the championship. In the end we delivered a good race to finish second and it was enough for the title. The feeling afterwards was amazing.”

Formula 3 race Calan Williams will take part in the post-season test for Formula 2 teams at the Yas Marina from December 18th-18th.

“I’ve been preparing physically for the testing for the past few months,” he said. “The step up to a car that is heavier and corners and accelerates faster than anything I’ve ever experienced before will push me even further, so I need to be ready.”

It appears somebody wrote off a GP3 car in testing at Silverstone today. One less private testing tool for the super-rich

I hope it happens, but forgive us if we are skeptical of the proposed #F1 race in #London… pic.twitter.com/OLDEX7PLXt

Fantastic to be @HardRockStadium with @TomGarfinkel and his team to see the great progress being made for the @f1miami next season. It’s going to be a place everyone will want to be and the work being delivered is impressive. We can't wait to be there racing! pic.twitter.com/ugnMLGZqe9

"Honestly, for me, there were five or six levels of emotion. You’re happy (because you’re in contention), but then you’re sad, you’re irritated, you’re angry, you’re pissed off, and then you just have to laugh about it."

"Andretti Autosport announced today that New Zealander Hunter McElrea will make the step up to the Indy Lights championship for the 2022 season."

"Perrin: 'Maya and Doriane have done a good job today. They were very attentive to every detail, and they were able to get comfortable in the car quite quickly. It’s been a good and studious day on all fronts.'"

Abbie Eaton: 'If I can help people feel comfortable in their own skin, that’s definitely a positive' (Females in Motorsport)

"Eaton: 'I’ve never looked at doing single-seaters purely because of the cost - it’s very expensive,' she says. 'Another reason is probably my dad, I’ve watched him racing tin tops and touring cars, so it was never really on my radar as something, but then the opportunity of W Series came about and it’s something new and different.'"

After Dieter’s analysis of how teams might fare with the 2022 regulations, Tifoso1989 says team cutlures might prove less adaptable than the rules, when it comes to how they deliver them.

I don’t expect Red Bull to be the outright fastest from the first race. I think Mercedes will be the team to beat. In any aero rule change Newey himself has admitted that his main concern is to get the car concept right from the beginning which will serve for him and his team as the baseline which they can build on top of it.

I suspect Red Bull (just like in 2017) will launch a basic car to validate the aero concepts and then they will gradually start upgrading it during the first races. Once they have a clear understanding of the development direction they will follow, they will start developing it intensely during the season.

Mercedes on the other hand are famous for getting to validate their car concept during their first outing at Silverstone and make sure everything is running according to the plan. They do have a lot of trust in their simulations, wind tunnel, systems and tools. Then they arrive at Melbourne with a heavily upgraded B-version of their car.

Though anything can happen in F1 and it usually does (Murray Walker). Theoretically speaking someone can still pull a Brawn and have a jump start over the competition.
@tifoso1989