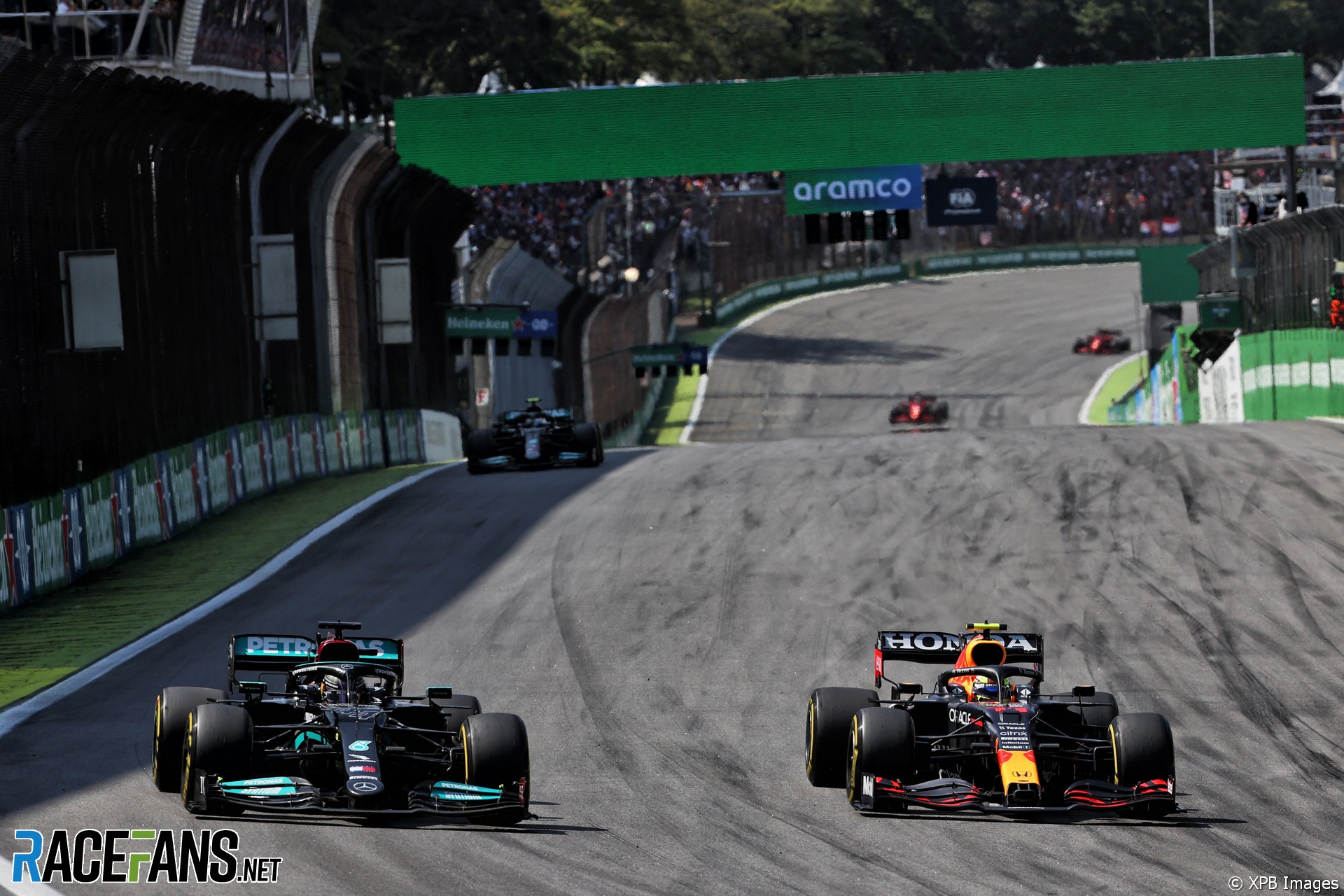 Wolff said the stewards’ decision not to investigate whether Verstappen broke the rules when he and Hamilton went off at turn four on lap 48 was an example of how “the whole weekend went against us”.

Hamilton had already suffered a serious setback when he was excluded from qualifying after his rear wing failed a test of its Drag Reduction System. Wolff insisted the wing only failed the test because it was damaged.

The team’s feeling things were going against them “really peaked with the decision in the race” said Wolff. Verstappen ran wide at turn four while Hamilton was trying to pass him on the outside. The Mercedes driver reached the corner ahead, but went off the track with his rival, and emerged behind.

The stewards noted the incident but decided against investigating it. Wolff said the manoeuvre clearly merited a penalty.

“It was a really strong defence for Max, absolutely an inch over the limit,” he said. “But he needed to do that to defend and Lewis just managed it even more brilliantly by avoiding the contact and end the race that way.

“But that was just over the line, should have been a five-second penalty at least, probably Max knew that, but just brushing it under the carpet is just the tip of the iceberg. I mean, it’s laughable.”

Wolff said his objection to the incident was not that it involved hard racing, but that the decision not to examine it was inconsistent with past precedents.

“But if the directors’ notes say that you can’t push anybody off the track in Mexico and then obviously that’s valid here too and you’re actually being driven off the track, it’s just not very consistent, to call it that way.”

Part of Wolff’s exchange with FIA race director Michael Masi was broadcast during television coverage of the race.

“My discussion with the race director was not broadcasted, but my reaction was,” he said. “And we’re clear that we’ll discuss it behind closed doors.”

The Mercedes team principal vowed to take a tougher stance in the future. “We’ve had many, many punches in the face this weekend with decisions that could have swung either side, against us or for us. But when all the decisions swing against you, it’s just something that I’m just angry about.

“I will defend my team, my drivers to what comes. I’ve been always very diplomatic how I discussed things, but diplomacy has ended today.”