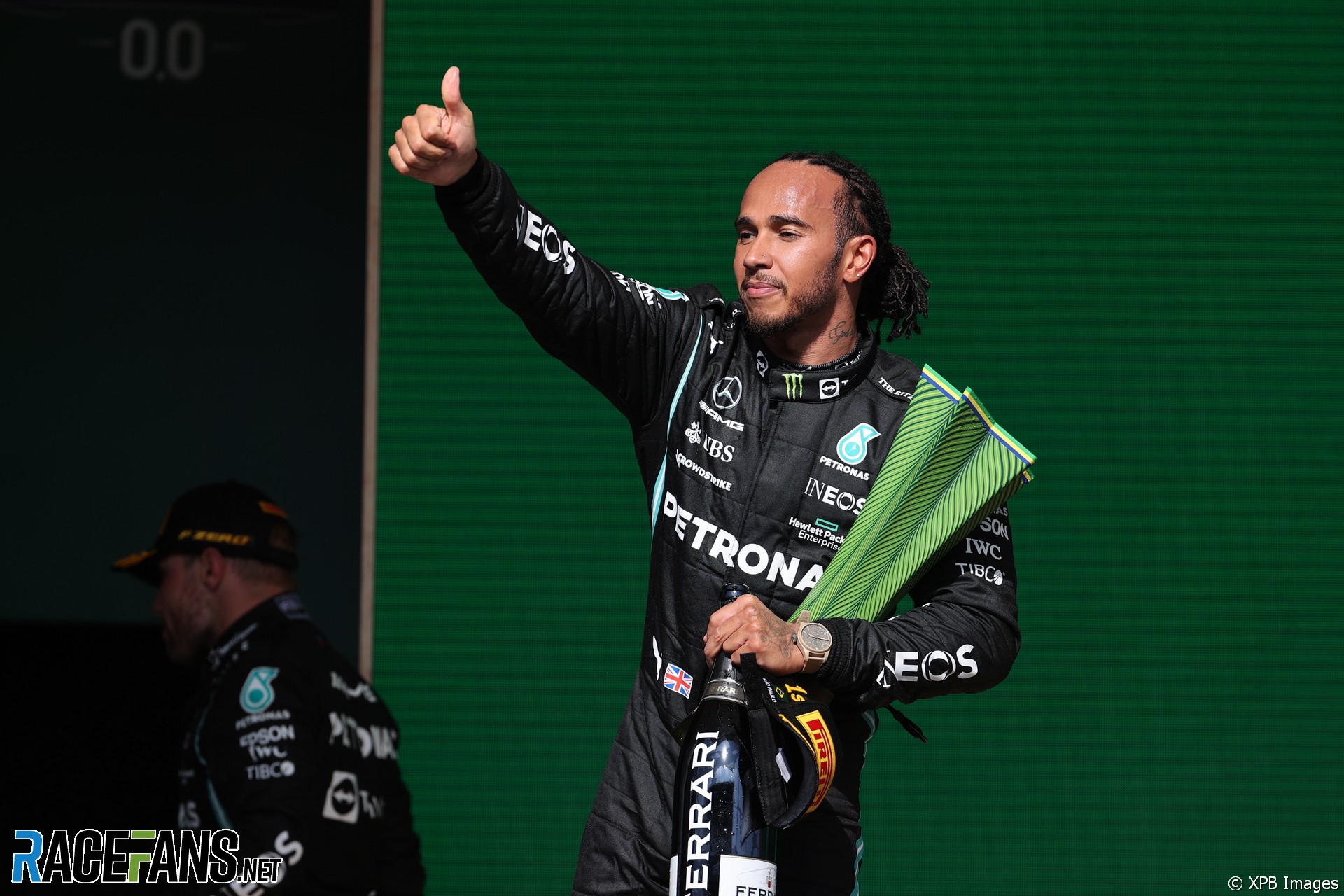 [raceweekendpromotion]Lewis Hamilton said his Brazilian Grand Prix victory felt like his first victory after the difficulties he overcame at Interlagos.

The Mercedes driver started yesterday’s sprint qualifying race from last place after being excluded from the results of Friday qualifying for a rear wing infringement. Having worked his way up to fifth, he was relegated to 10th on the grid for today’s race due to a grid penalty for exceeding his allocation of engines.

He rose rapidly through the field to arrive on the tail of the Red Bulls, and passed both to score a vital win which keeps him in the hunt for the championship. Valtteri Bottas finished third, helping Mercedes to extend their lead in the constructors championship.

“What a race,” said Hamilton afterwards. “The team did an amazing job, Valtteri did a great job today to get as many points as possible.

“I was pushing as hard as I could but from last on the grid and then another five-place penalty was, I think, the hardest weekend I’ve had.

Hamilton knew before the weekend began he would take a grid penalty, but the qualifying exclusion came as a further blow. He leaves Brazil having trimmed Max Verstappen’s points lead to 14 with three races to go.

“Coming into this weekend I never ever thought we’d be able to close the gap like we did today,” Hamilton said. “And then these things just kept going against us.

“But I think it just really shows, for everyone, just never give up, you’ve just got to keep pushing, keep struggling away and never, never stop fighting. That’s really how I’ve approached this weekend, inspiration all round.

“It feels like the first because I feel like I haven’t had a win for a long time.”