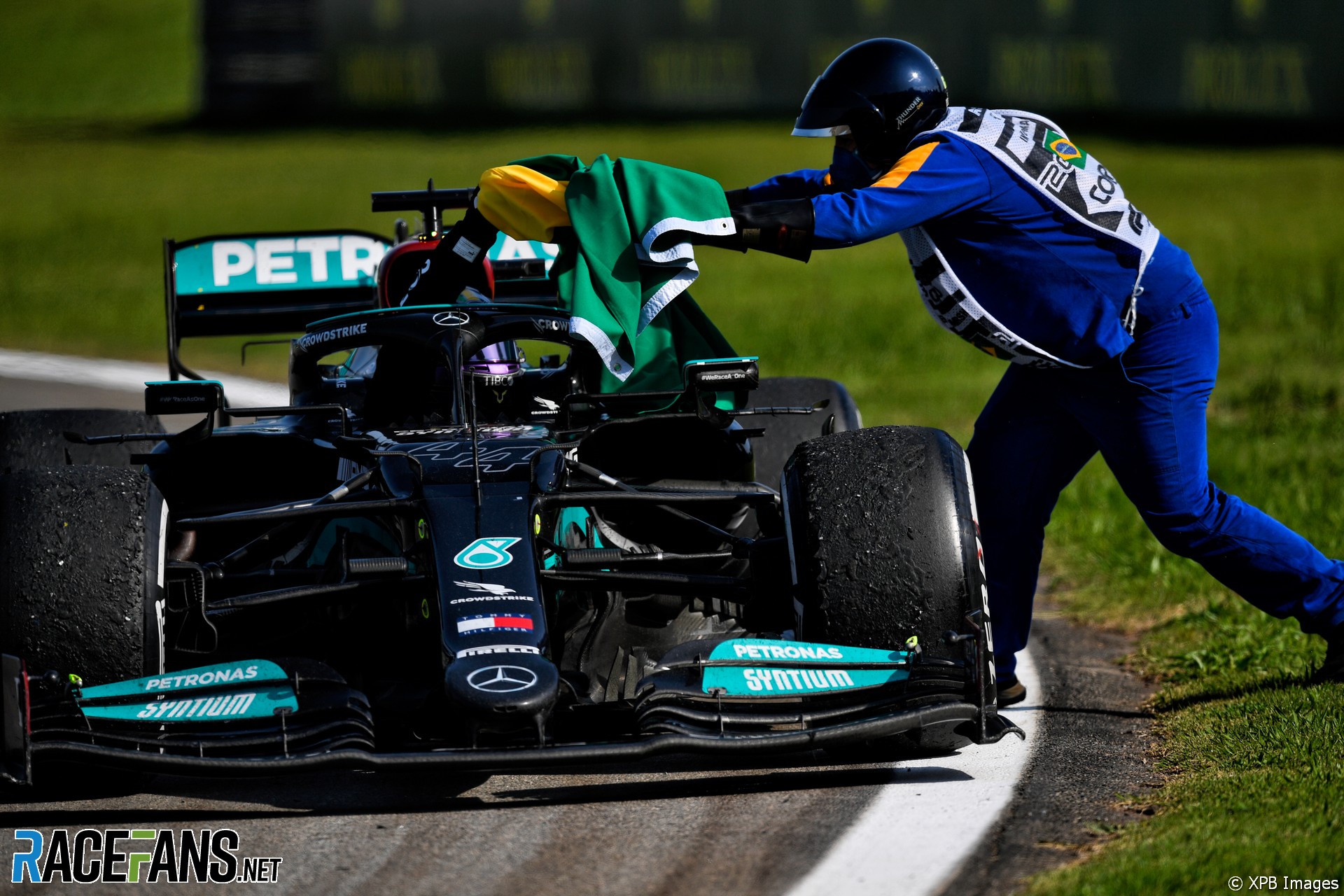 [raceweekendpromotion]Lewis Hamilton has kept his victory in the Sao Paulo Grand Prix after he was investigated by the stewards for disconnecting his seat belts on his return to the pits after today’s race.

The stewards fined the driver €5,000 for the incident and issued a further €20,000 fine suspended until the end of the 2022 F1 season. The additional fine will be payable if he commits a similar offence in the future.

“The driver of car 44, Lewis Hamilton, undid his seat belts on the in-lap at the end of the race,” the stewards explained. “While the stewards are sympathetic to the desire to celebrate, it is fundamentally unsafe to undo the seat belts while the car is in motion. Slow speeds in these cars are very fast for an unrestrained occupant.

“Further, Formula 1 drivers set the example for junior categories. It is critical that junior category drivers learn the importance of using all the safety devices of the car at all times.

“The suspension of the penalty is subject to compliance with Appendix L, Ch. III of the ISC during the period specified.”