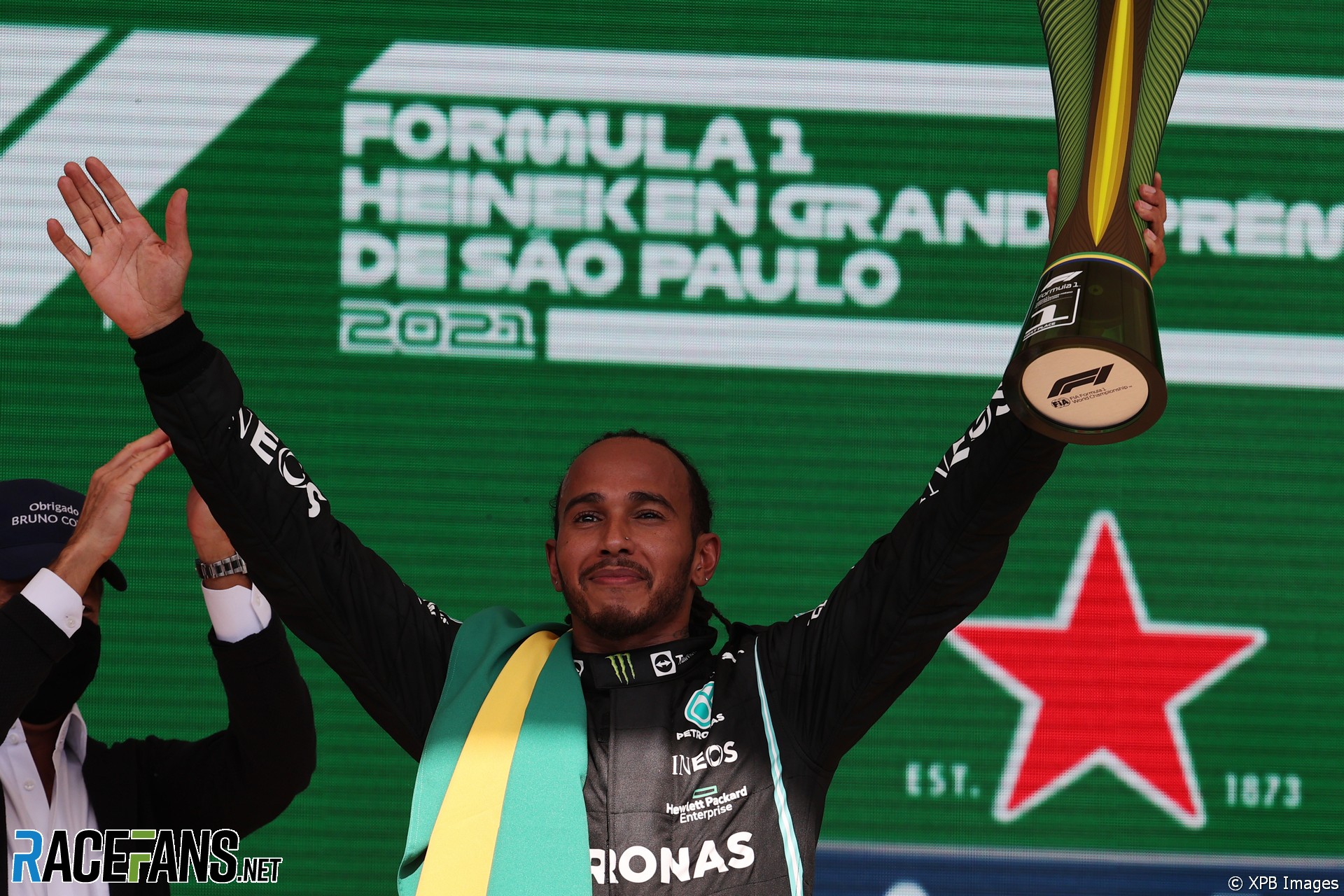 Lewis Hamilton’s victory in the Sao Paulo Grand Prix is under threat as he faces another investigation from the stewards.

The Mercedes driver is being investigated for a possible infraction of the rules regarding his seat belts.

“We are going to the stewards because Lewis has undone his belts on the last lap,” team principal Toto Wolff told media after the race, which Hamilton won by 10 seconds ahead of championship rival Max Verstappen.

The stewards confirmed a Mercedes representative has been summoned to meet with them at 5pm local time over an “alleged breach of Appendix L Chapter III Article 4 of the FIA International Sporting Code (use of safety belts).”

The regulation states: “Drivers must be properly restrained in their seat by safety belts in conformity with the technical regulations for the vehicle concerned, at all times during a competition when it is mobile on a circuit, pit lane, special stage or competition course.”

Charles Leclerc briefly drove with his seat belts disconnected during last year’s Spanish Grand Prix. The Ferrari driver was not formally investigated on that occasion.