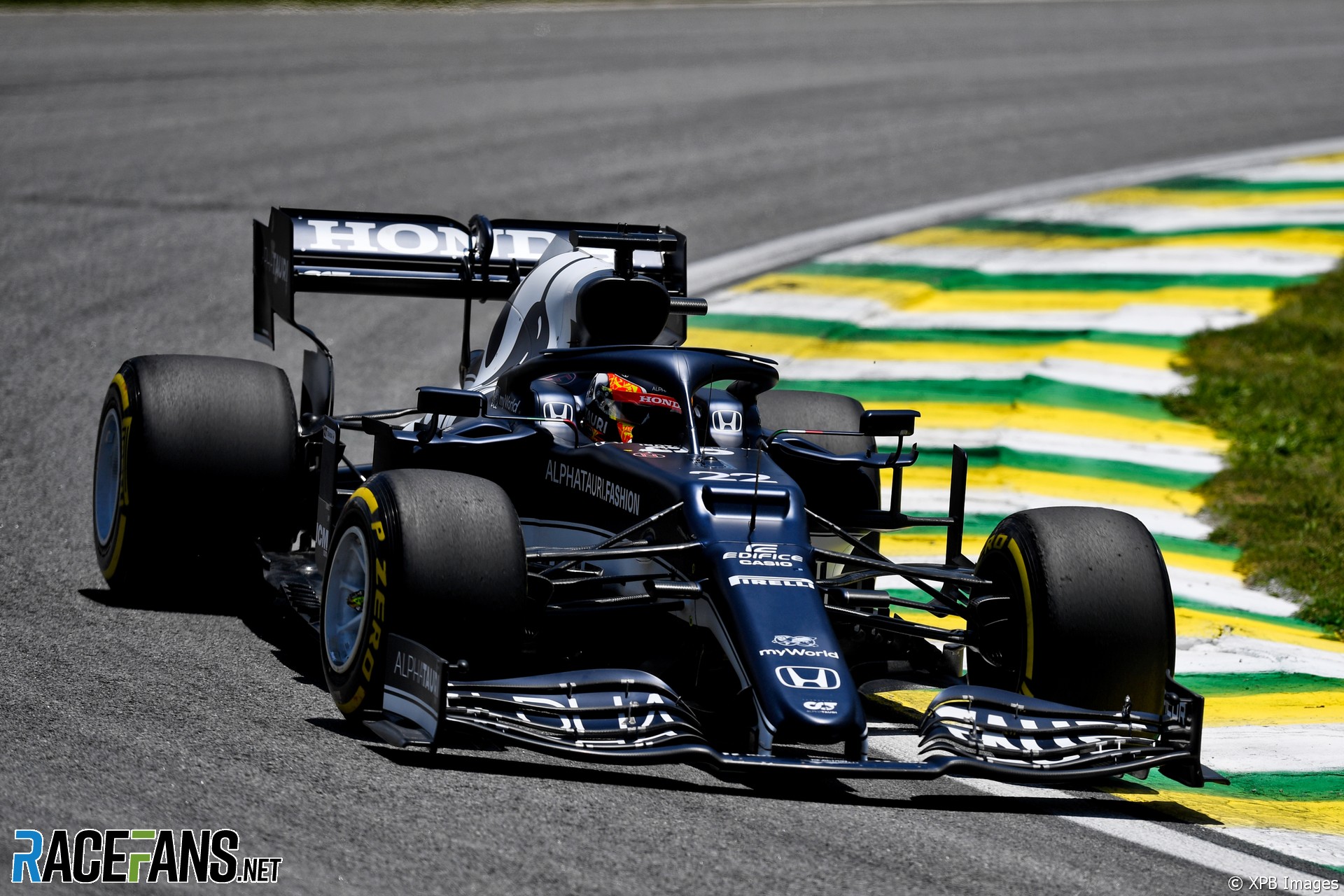 Rookie driver Yuki Tsunoda has been given two penalty points on his licence after a collision with Lance Stroll early in the São Paulo Grand Prix.

The incident happened on the fourth lap of the race, while Tsunoda – the only driver to start on the soft compound tyres – was trying to overtake Stroll for 13th position into the first left-hander in the Senna ‘S’ complex (turns one through three). This resulted in a broken front wing for Tsunoda, and floor damage on the left side for Stroll.

The race stewards (Tim Mayer, Matteo Perini, Vitantonio Liuzzi, and Roberto Moreno) made the following remarks in their statement (Document number 45) published after the race: “The Stewards reviewed the video evidence and determined that [Tsunoda] caused a collision with car 18 [Stroll].”

“Car 22 was slipstreaming car 18 along the front straight and was considerably faster on the inside at turn one. However, he braked too late and collided with car 18 in this optimistic manoeuvre. The Stewards find him wholly at fault.”

After the contact, and a pit stop to change his damaged front wing, Tsunoda was given a ten second time penalty during the race. Tsunoda would go on to finish outside the points in 15th, a lap behind race winner Lewis Hamilton and a minute behind AlphaTauri team mate Pierre Gasly.

This puts Tsunoda at six penalty points on his superlicence. Any driver must serve a one-race ban if they accrue twelve points within a calendar year. Tsunoda will not have any penalty points deducted until 18 April 2022.

Pieces of bodywork came off of Stroll’s Aston Martin later in the race, requiring a Virtual Safety Car to clear the debris. The Canadian driver would go on to retire after 47 laps from the damage inflicted to his car.