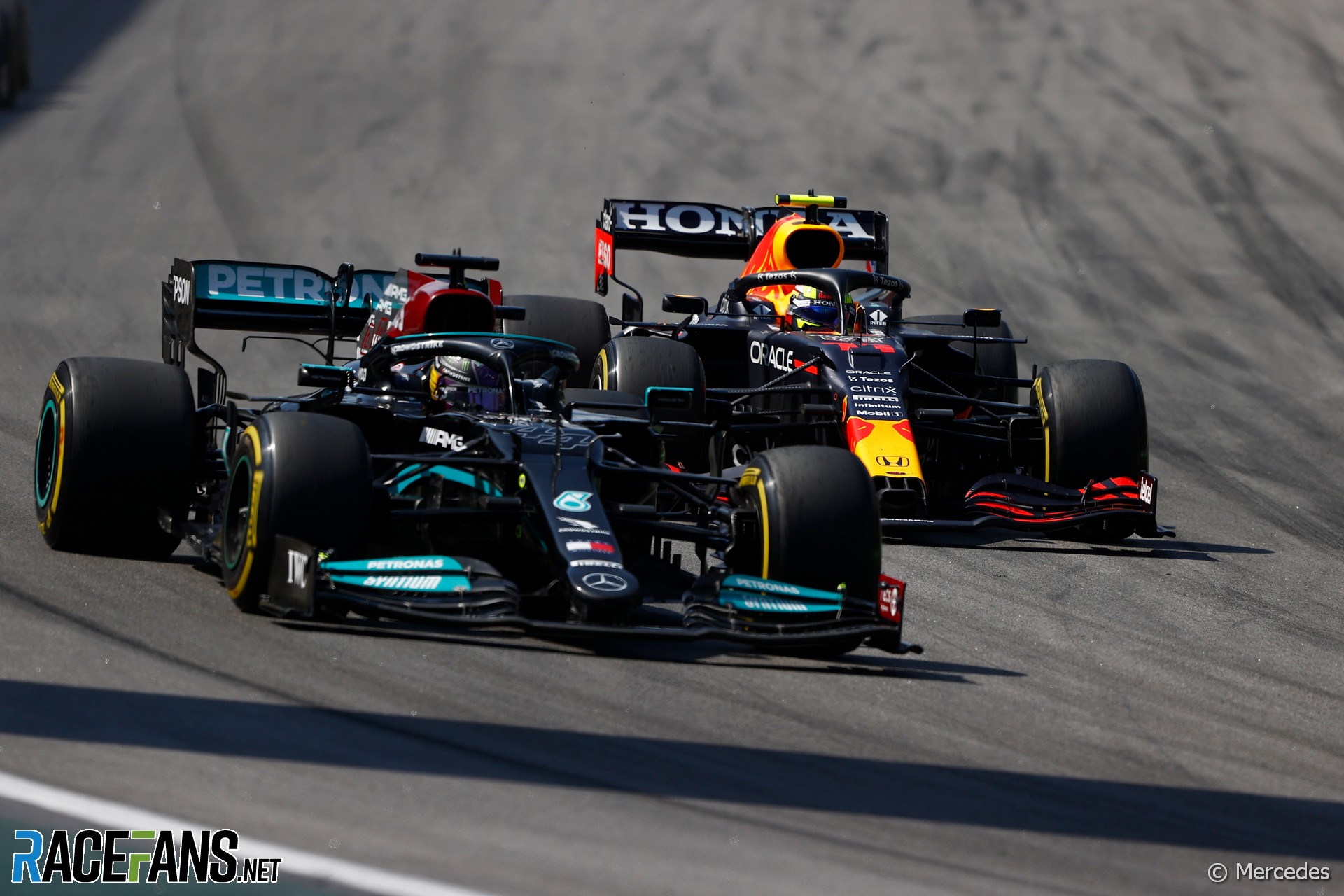 [raceweekendpromotion]Lewis Hamilton says his battle for the lead with rival Max Verstappen in the Sao Paulo Grand Prix is how a duel for the drivers’ championship should be fought.

The two title contenders competed for the win of the Sao Paulo Grand Prix in close fight which saw the pair almost clash for the third time this season, when they ran wide at turn four. Hamilton was able to pass the Red Bull driver to secure the victory later in the race.

Despite controversy over the race stewards’ decision not to investigate the incident at turn four, Hamilton said he enjoyed the wheel-to-wheel contest with his rival.

“It was fun,” Hamilton said. “I mean, that’s what a world championship battle should look like.”

Hamilton said he struggled to keep close to the leading Red Bull before he had an opportunity approaching the Descida do Lago on lap 48.

“In front of me, he generally could match my pace,” Hamilton explained.

“I would say particularly more so in the last sector – it was very, very difficult to follow in the last sector and be able to get as good an exit as he got through through turn 12. So I kept coming up the straight and it wasn’t that easy to be in his DRS. And even if I was in the DRS zone, it was a bit too far away.

“I had that one chance into turn four, but just couldn’t hold it. Obviously it didn’t work out. And then I obviously had that experience and just made sure that I didn’t make that mistake again, but I was adamant and determined to get back into that position.”

Asked about Verstappen’s defending during the incident at turn four, Hamilton had no objections to the championship leader’s driving and said he “wouldn’t expect anything less” from such a contest.

“In the heat of the moment – I don’t really know,” Hamilton said. “I think I was ahead initially and then I think he held his ground and then we both ran out of road. Well, I think he was running out of road, so then I obviously had to avoid to go out of road.

“But I don’t think too too much of it, and I’d obviously have to watch the replay. But I mean, it’s hard battling. I wouldn’t expect anything less, really. We didn’t touch wheels, which is good.”