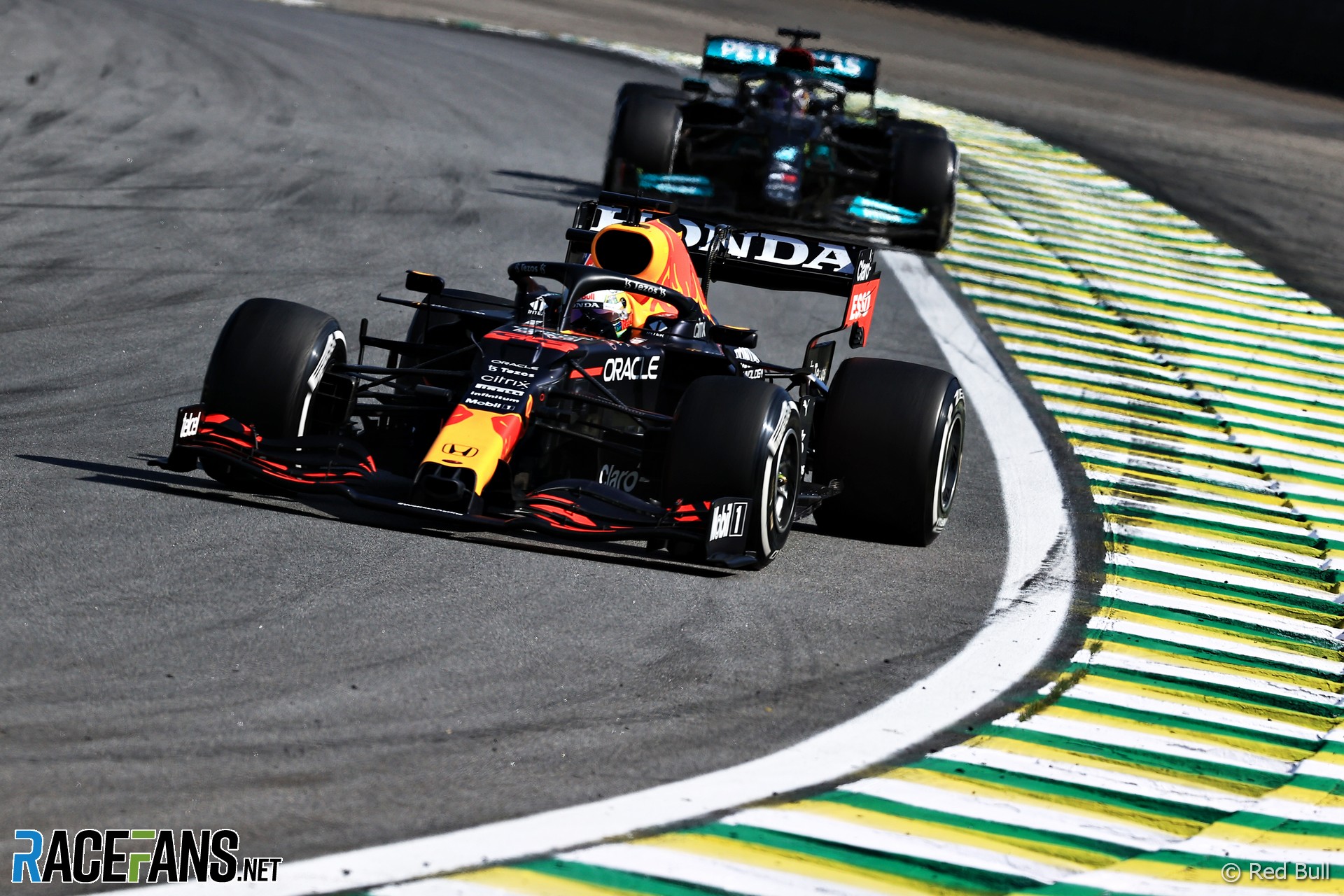 Max Verstappen explained why he ran wide when Lewis Hamilton tried to overtake him on the outside at the Descida do Lago corner during a contentious moment in the Sao Paulo Grand Prix.

The Mercedes driver arrived at the corner slightly ahead of his rival as the pair vied for position. Verstappen, on the inside, ran wide, and both drivers went well outside the track limit boundaries at the exit of the corner. Verstappen kept his position and continued in the lead.

The Red Bull driver explained he was starting to lose grip from his tyres at the time. “We both of course, tried to be ahead into the corner, and so I braked a bit later to try and keep the position and the tyres were already a bit worn,” he said.

“So I was really on the edge of grip, so that’s why I think I was already not fully on the apex. And it’s a safer way, of just running a bit wide there.”

The stewards decided not to investigate the incident, which infuriated Mercedes team principal Toto Wolff.

“I was, of course, happy that the stewards decided that we could just keep on racing, because I think the racing in general was really good today,” said Verstappen.

The Red Bull driver denied his driving was similar to Hamilton running wide when the pair fought for position at Copse corner during the British Grand Prix, leading to contact between them and a heavy crash for Verstappen.

“I don’t think it’s the same,” he said. “It’s a completely different corner as well, so there’s not much more to comment. It’s not the same.”

Verstappen was not able to defend his position during a subsequent attack from Hamilton, who took the lead on lap 59 with a pass approaching the same corner and went on to win. The Red Bull driver’s championship lead is therefore reduced to 14 points ahead of next week’s Qatar Grand Prix.