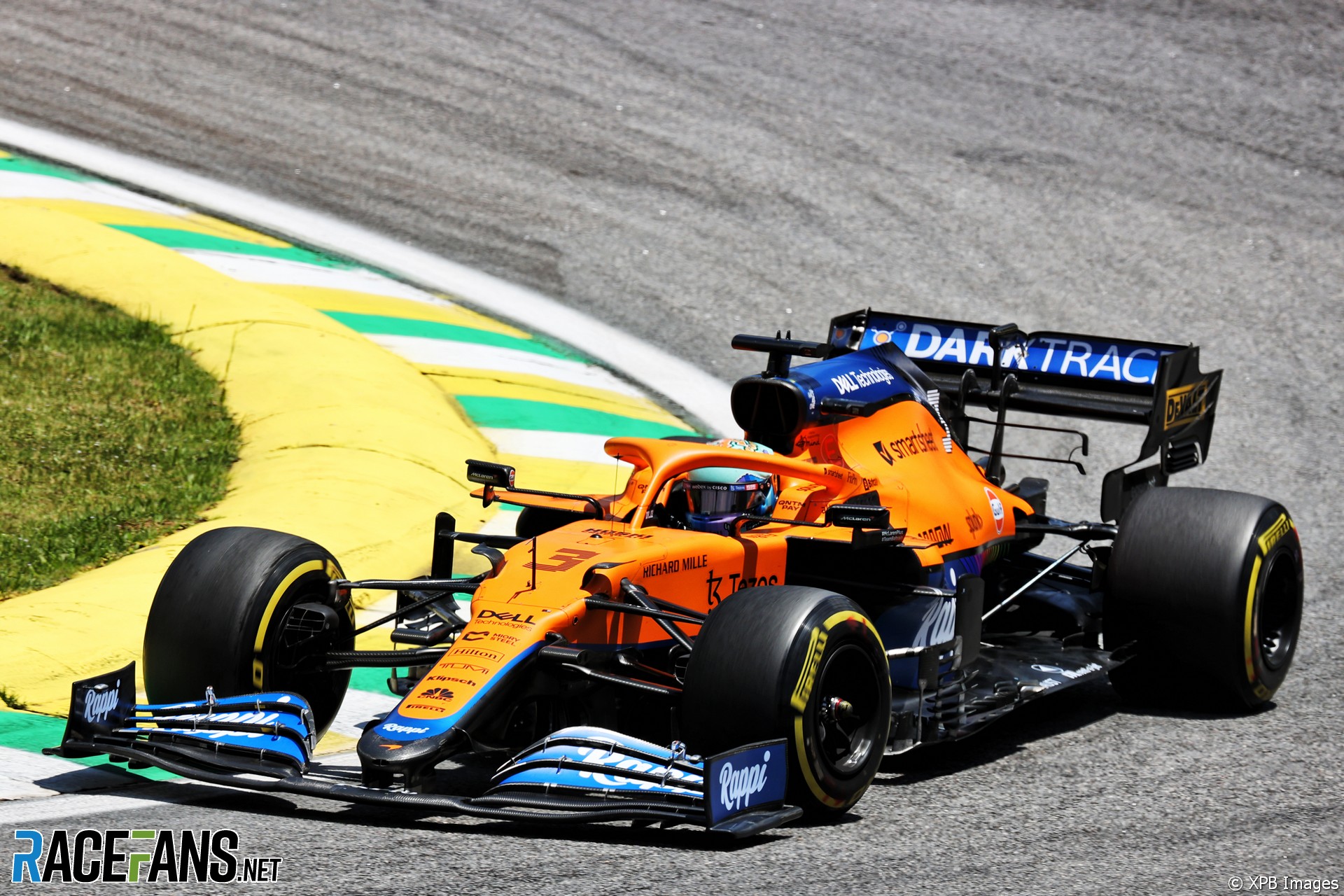 McLaren suspect the loss of power which forced Daniel Ricciardo out of the Sao Paulo Grand Prix was caused by a problem with his chassis.

Ricciardo said after the race that his car suffered from a loss of power, which led him to retire from eighth place on lap 50.

All eight Mercedes-powered drivers have exceeded their maximum allocations of power unit parts over the course of the season as the manufacturer has experienced reliability problems. However team principal Andreas Seidl revealed the team identified a problem on his car which may have caused his retirement.

“We had a power loss on track,” said Seidl, “and in the initial investigation we found a technical issue, a crack on the chassis side of the power unit installation, which we now need to investigate.” Seidl said the team will probe the failure more deeply once it has completed the long journey to Qatar for the next race.

Before retiring, Ricciardo was feeling optimistic about his chances for the race.

“I think it was actually going well,” said Ricciardo. “We were in the fight for at least hanging on to Ferrari. We knew they had to two-stop because they went medium-medium [over the first two stints] so we were potentially going to try and do a [one-stop], or we had the ability to, being on the hard. And Gasly was there in our window as well.

“I think, it could have could have got interesting. We were doing what we could and we just had a loss of power there, so we had to retire the car.”

Prior to his retirement Ricciardo had a more encouraging race following his disappointing sprint qualifying performance.

“I had some battles. I think it was a much, much more interesting race than yesterday, and we were at least in the mix, in the fight.”

Ricciardo’s first retirement of 2021 came at poor time for McLaren. Their hopes of finishing third in the constructors championship suffered another blow in Brazil. Lando Norris scored their only point in tenth, and the team now trail Ferrari by 31.5 points with three races left.