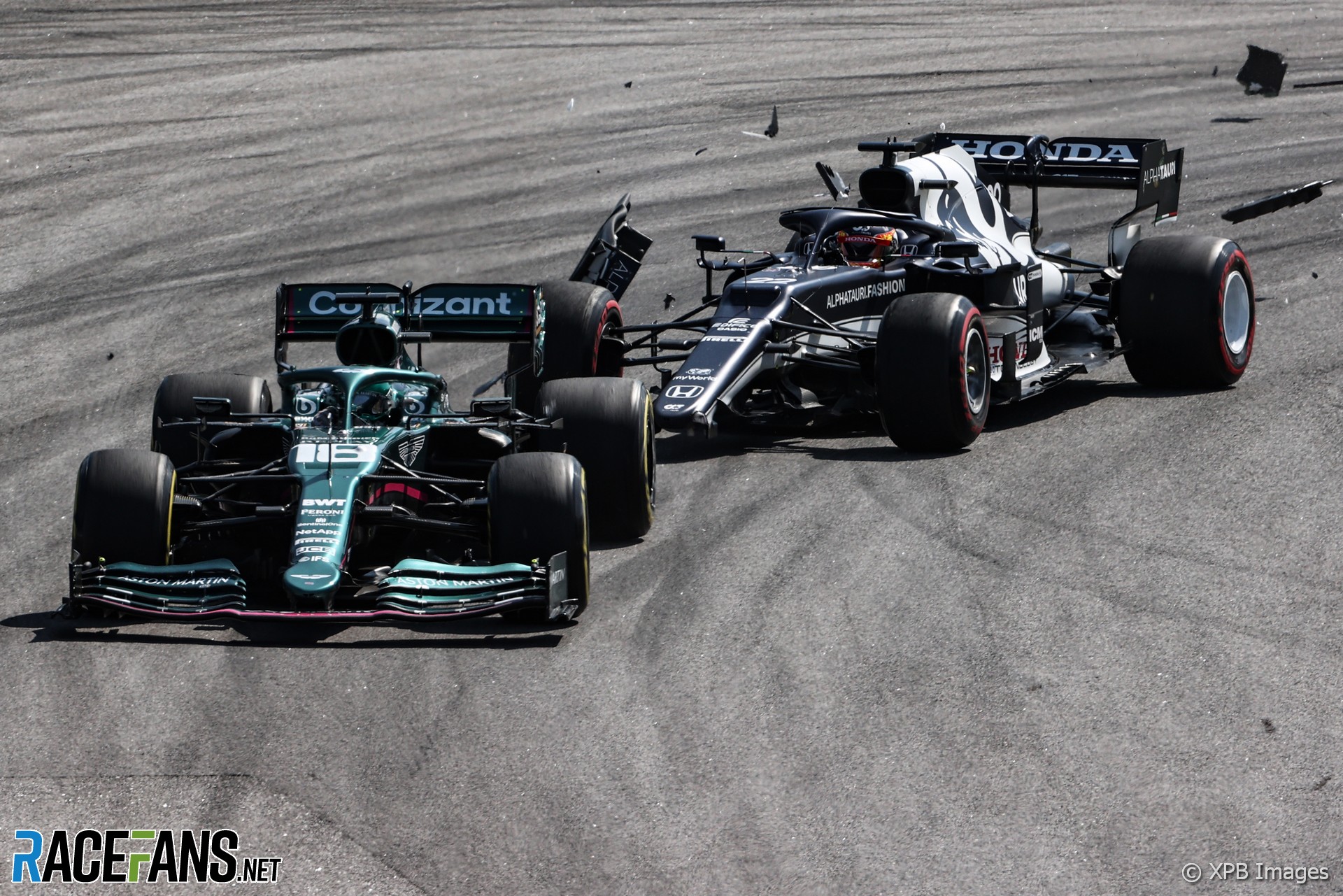 [raceweekendpromotion]Lance Stroll accused Yuki Tsunoda of a “desperate” move after a collision between the pair spoiled their races in the Sao Paulo Grand Prix.

The two drivers collided on lap four when Tsunoda attempted to pass the Aston Martin on the inside of turn one. Both cars took considerable damage, with the AlphaTauri losing its front wing and a substantial amount of bargeboard and the Aston Martin suffering floor damage.

Tsunoda was the only driver to start the race on soft tyres and Stroll believes his rival was taking too many risks in his effort to get to the front. “He’s got a really quick car, so in the first couple of laps, he was going to be super quick. He was super desperate to make a move and was just too far back.

“I don’t know what he was doing,” Stroll continued, “but I guess he’s just desperate and just way too optimistic.”

The stewards found Tsunoda at fault for the collision, issuing him a 10-second time penalty and two penalty points on his superlicence.

The AlphaTauri driver felt the penalty was too severe. Tsunoda said a five second sanction would have been “still harsh but okay” but that “10 seconds is really ridiculous, for me.”

He accused his rival of failing to notice him. “Everything was ruined with the collision with Lance Stroll, he was not looking at all in the back mirror, definitely, he just drove a normal line.”

“It was a risky move,” Tsunoda conceded. “But still, I didn’t have any lock-up in the first bit and I [only] had a little bit of lock-up because I realised that he was not looking at all, so it’s a shame.

“That move was there, it was fine so it’s a shame. But we’ll have to be back stronger next race.”

Stroll retired from the race as his handling continued to deteriorate. “Pieces [were] just falling off the car on the track and we were just going backwards,” he explained.