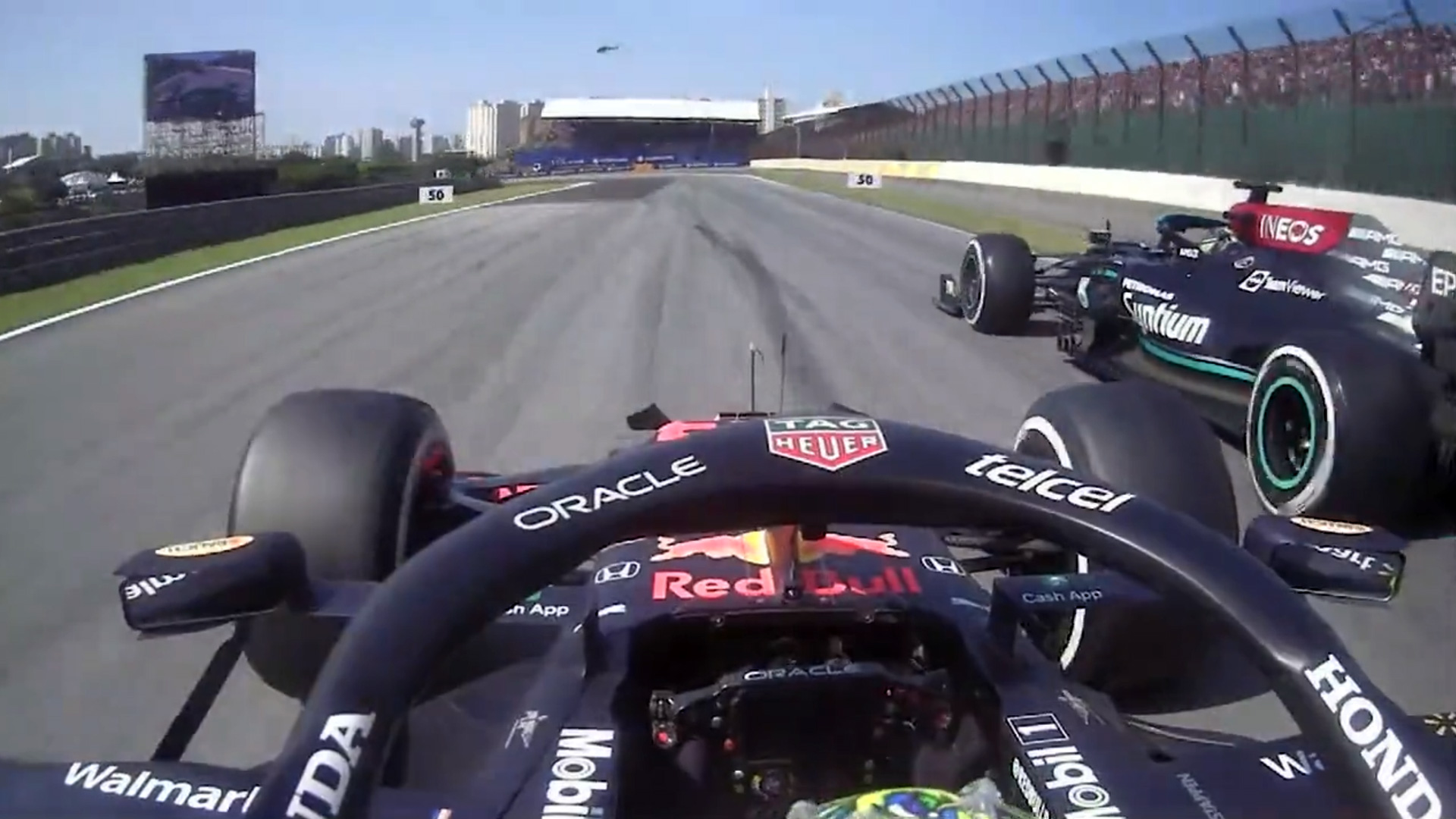 The two championship contenders went off the track at Descida do Lago, turn four, when Hamilton tried to pass Verstappen for the lead around the outside of the corner.

The video showing Verstappen’s cockpit view of the incident was not broadcast at the time because a rearward-facing shot was being transmitted from the Red Bull. FIA F1 race director Michael Masi confirmed the stewards did not have access to the video when they decided not to investigate the incident between the pair.

The footage reveals Verstappen’s perspective of the incident. After he moved to cover the inside line for the corner, Hamilton drew alongside and past him as they approached the braking zone. Verstappen is still flat out on the throttle as the Mercedes pulls almost a full car length ahead of him to his right.

Verstappen then draws back alongside Hamilton as the pair begin to slow for the corner. He applies less than 45 degrees of steering angle as he runs wide of the apex, then increases the angle before heading off the track, with Hamilton on his outside joining him in running wide.

“We both of course, tried to be ahead into the corner, and so I braked a bit later to try and keep the position and the tyres were already a bit worn,” Verstappen explained afterwards.

“So I was really on the edge of grip, so that’s why I think I was already not fully on the apex. And it’s a safer way, of just running a bit wide there.”

Mercedes team principal Toto Wolff said Verstappen’s defending was “just over the line”, “should have been a five-second penalty at least” and criticised the stewards’ decision not to investigate the incident as “laughable”.

Watch the on-board footage from Verstappen's car as he defends from Hamilton at the #BrazilGP #SkyF1 | #F1 pic.twitter.com/LliaSNt2of

Verstappen vs. Hamilton in Brazil 🇧🇷

The onboard footage we've all been waiting for 👀 pic.twitter.com/0BSoo1TH6T