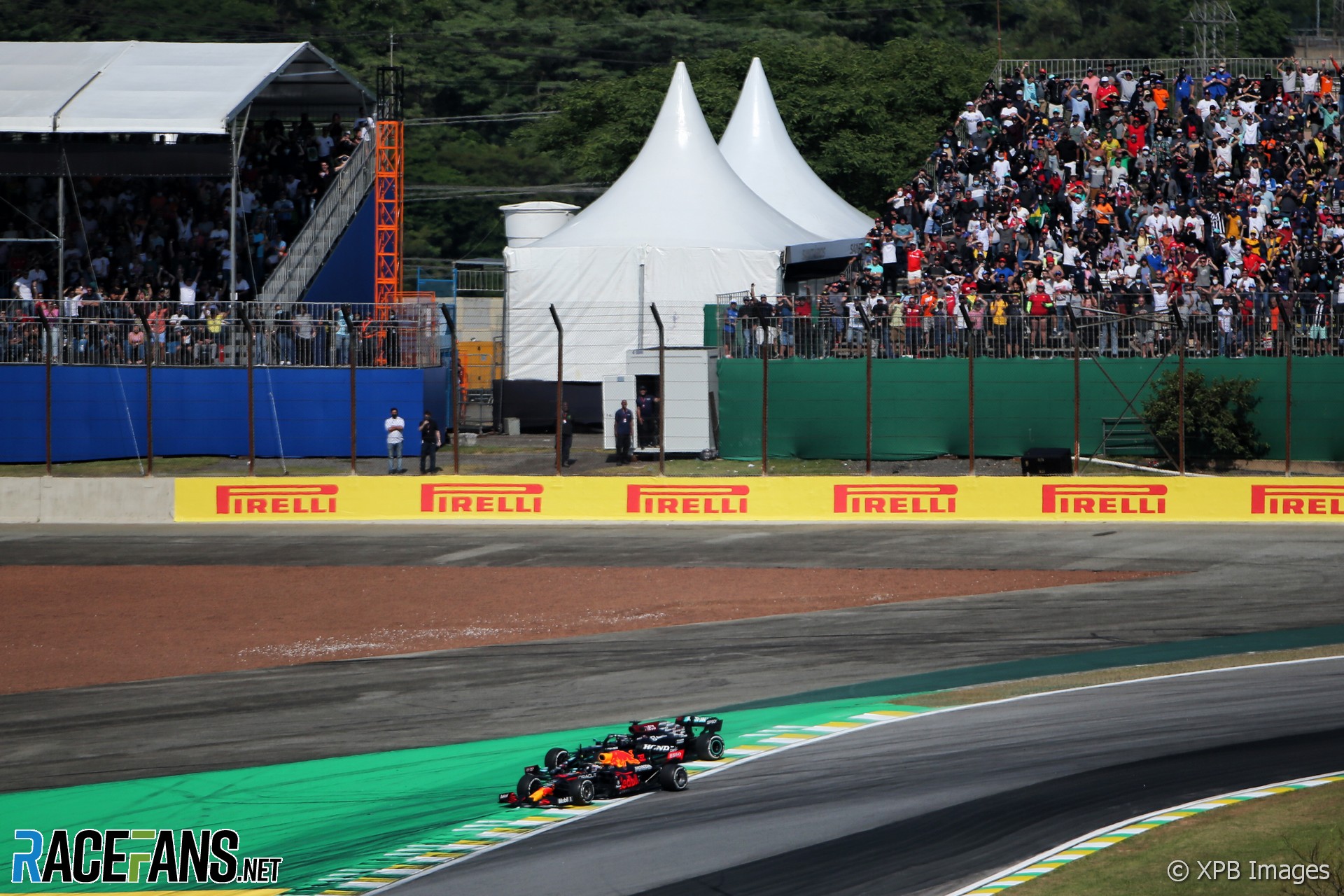 [raceweekendpromotion]An FIA hearing will take place tomorrow to decide whether an incident which occured between Max Verstappen and Lewis Hamilton during the Sao Paulo Grand Prix will be reviewed.

Representatives of the Mercedes and Red Bull teams have been summoned to attend a meeting at 5pm local time in Qatar at the Losail International Circuit where this weekend’s race is being held.

Mercedes submitted its request to review the incident yesterday, claiming new evidence relevant to the incident had emerged.

The two championship contenders ran wide at Descida do Lago – turn four – in the incident on lap 48 of the Sao Paulo Grand Prix. At the time, stewards made the decision not to investigate it, although FIA Formula 1 race director Michael Masi later admitted they did not have access to forward-facing onboard footage from Verstappen’s car at the time.

The footage from that camera was released yesterday. Mercedes is expected to use this to press for a review of the decision not to investigate. The team manager and up to three witnesses relevant to the incident may also attend, from both Mercedes and Red Bull.

“In accordance with [article] 14 ISC, this hearing is to determine whether the Right of Review exists in this case, i.e. whether ‘a significant and relevant new element is discovered which was unavailable to the parties seeking the review at the time of the decision concerned.’,” said a statement from the sport’s governing body.