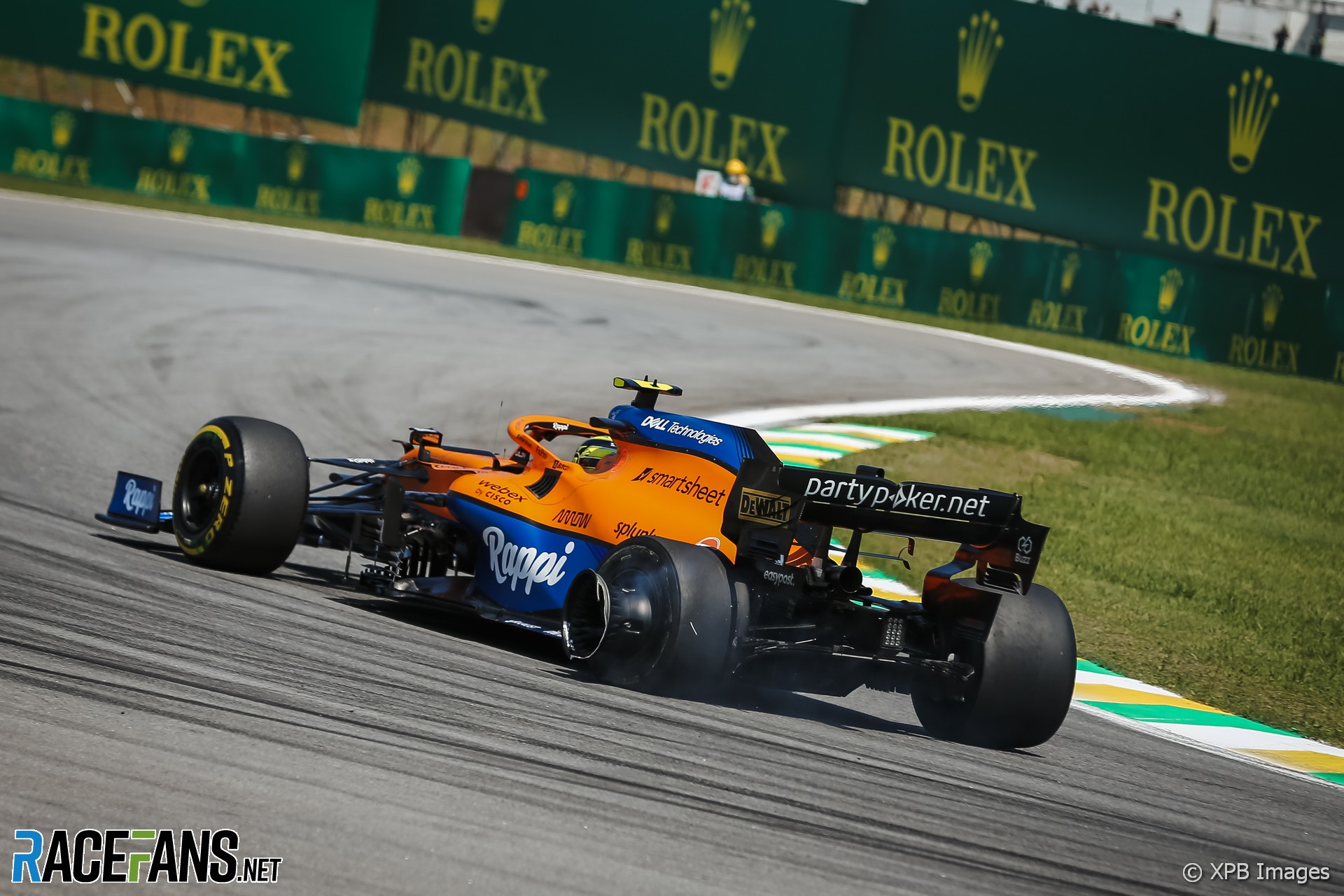 [raceweekendpromotion]McLaren team principal Andreas Seidl says they are failing to maximise their points-scoring opportunities as successfully as they did in the first half of the season.

Ferrari has overtaken the team in the fight for third place in the constructors championship. McLaren has lost 49 points to its rival over the last four races.

Seidl admitted the points swing has done serious damage to the team’s hopes of repeating the third place it scored last year.

“Clearly we have to face the reality,” he said. “If everything goes well for Ferrari now until the end of season, it’ll be difficult.

“At the same time, as long as it’s theoretically possible – I’ve seen several times this year obviously what can happen at a race weekend – we will try to hang in there.”

The team has taken just one point from each of the last two races. Daniel Ricciardo failed to score in either – he was sidelined by a loss of power linked to a chassis crack at Interlagos – while Lando Norris finished tenth each time. Norris showed encouraging pace in Saturday’s sprint qualifying race, but suffered a puncture on the first lap of the grand prix and fell to the back.

“It’s important now to get back to simply scoring the results that are on the table for us,” Seidl reflected. “I think also in the last two race weekends where we didn’t have the strongest car in this battle we were in, [it was] still possible to score good results. This is what we didn’t manage that we need to do better.”

However even if the team is unable to beat Ferrari to third in the championship, Seidl believes fourth place will be a good result for McLaren this year.

“I guess before the start of the season if someone would have said we’d finish in F1 P4 this year I probably would have taken it. But at the same time we are racers. If we get close to P3, we have led the championship [against Ferrari] for quite a bit this season, we want to battle for this P3.

“In terms of what we deserve as a team, if you are in P4 you deserve to be P4. It’s the same as last year when we were in P3 we deserved to be P3 because we were the third-best team.”

Ferrari’s resurgence this year, aided by the recent introduction of a power unit upgrade, was to be expected, said Seidl.