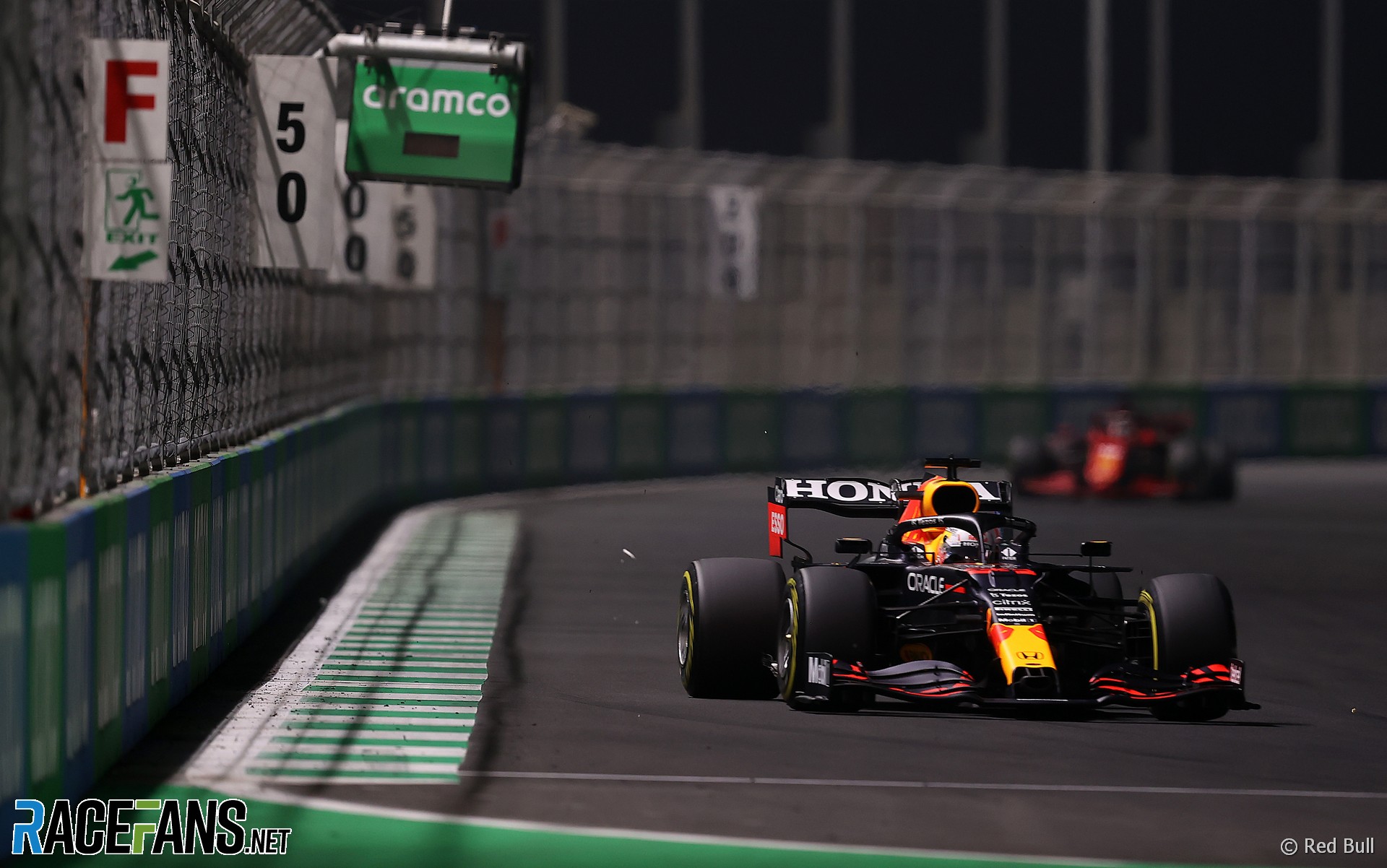 Max Verstappen says his fiery Saudi Arabian Grand Prix battle with Lewis Hamilton was not what Formula 1 should be after collecting a penalty and tangling with his rival while trying to let him by.

The championship rivals clashed several times over the 50 laps of the race. Verstappen had to give up his position to the Mercedes driver more than once after being deemed to have gain an illegal off-track advantage on two occasions.

Tensions reached a boiling point when the pair collided on lap 38, when Verstappen – slowing down to allow Hamilton past on the approach to the final corner – braked in front of the Mercedes in the middle of the track, with Hamilton appearing reluctant to pass the Red Bull. Stewards eventually gave Verstappen a five-second time penalty and have summoned him to address the lap 38 incident. Hamilton was subsequently summoned as well.

After finishing behind Hamilton in second place at the chequered flag, Verstappen was voted F1’s ‘Driver of the Day’. Told about the result on his radio while on his way back to the pits, Verstappen expressed his dissatisfaction with the chaotic nature of the race.

“Luckily the fans have a clear mind about racing, because what happened today is unbelievable,” said Verstappen.

“I’m just trying to race and this sport lately is more about penalties than racing. For me, this is not Formula 1. But at least the fans enjoyed it and I gave it all today, but clearly not quick enough. But still happy with second.”

On lap 38, Verstappen was told by race engineer Gianpiero Lambiase to allow Hamilton by “strategically” on the exit of turn 22. After slowing down through turn 25, Hamilton slowed behind him, before colliding into the back of the Red Bull. Verstappen says he did not understand what his rival was doing.

“I slowed down. I wanted to let him by, so I’m on the right,” Verstappen explained. “But he didn’t want to overtake and then we touched. I don’t really understand what happened there.”

After battling once again with Hamilton, Verstappen eventually surrendered the lead permanently, before falling back from the Mercedes on his worn medium tyres.

“I’m not sure if the tyres were lasting to the end,” Verstappen said. “I think it was good for the beginning for the end of the stint – the last stint, basically. Just lacking a bit of rubber towards the end.”

Verstappen has already been given one penalty point in addition to his five-second time penalty for leaving the track and gaining an advantage, putting him on a total of five for the current 12-month period.