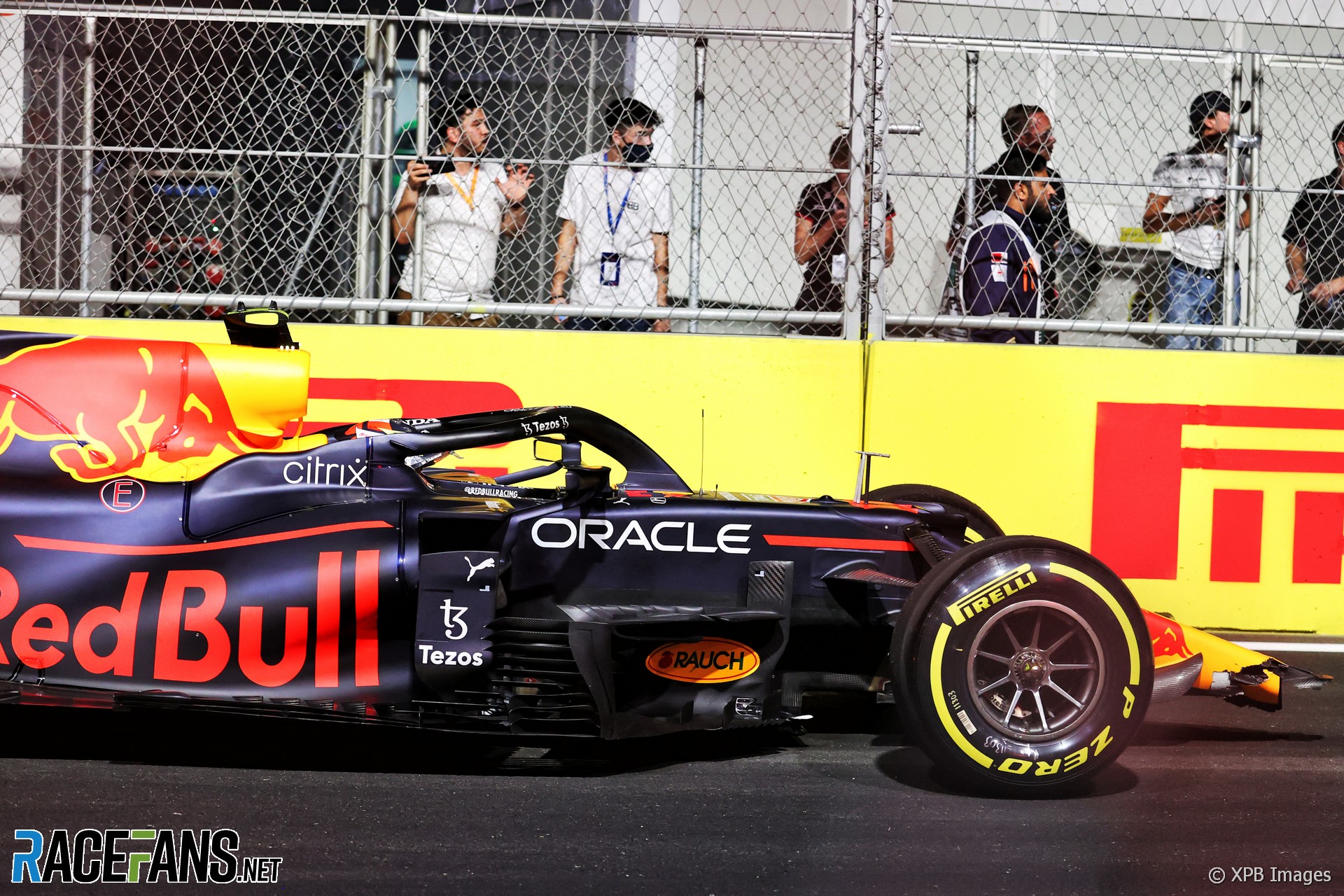 Race stewards have cleared Charles Leclerc and Sergio Perez after an investigation into the collision between the pair during the Saudi Arabian Grand Prix.

The incident occured at turn three on lap 15, shortly after a standing restart following a red flag interruption. Leclerc and Perez made contact, sending Perez spinning in front of the field behind them.

As drivers swerved to avoid them, George Russell and Nikita Mazepin became involved in another collision, which led to the race being red-flagged a second time.

After speaking to both drivers and reviewing the incident, the stewards “determined that neither driver was predominantly to blame,” they said in a statement.

Leclerc was squeezed between Perez and a wall, leading to the collision. “Charles was in a position where he couldn’t do anything,” said Perez.

“I wasn’t expecting him to be there anymore, because there wasn’t more room for him. And as we were doing the corner he just tangled my rear left tyre.”

Leclerc pointed out their wheels had overlapped which left him unable to back out of a collision. “I was on the outside, and I’m pretty sure he saw me,” the Ferrari driver explained.

“He probably thought I still had the choice of letting down. But the thing is that his rear wheel was there, so I had no choice and I tried to squeeze, like, touch a bit the wall. And then his wheel, is turned.”

“Luckily for me, there was not too much damage.”

Leclerc finished the race in seventh, but Perez was forced to retire due to damage sustained in the accident.