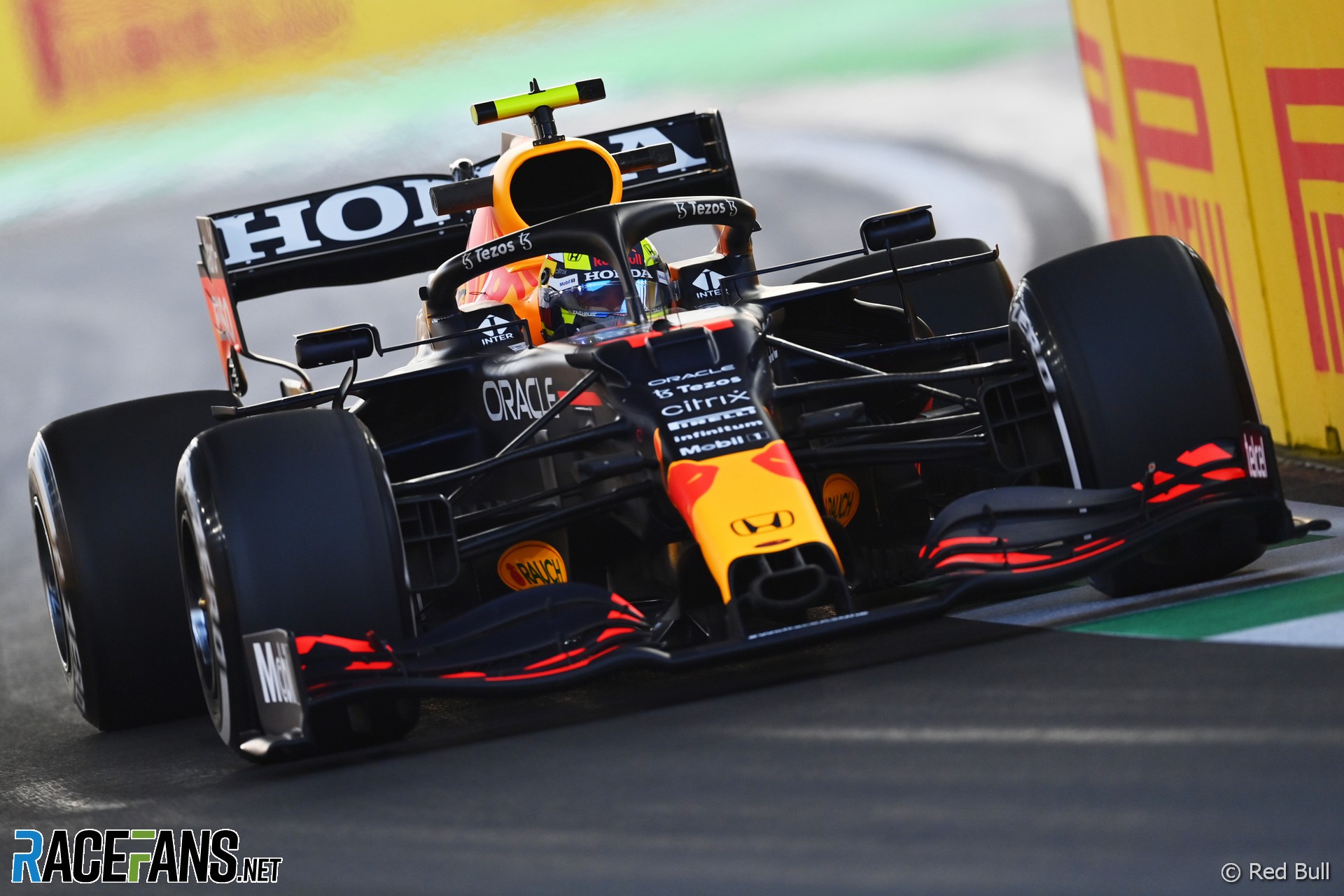 Sergio Perez says that the Jeddah Corniche circuit is unnecessarily dangerous and believes the sport should review the track’s suitability after the Saudi Arabian Grand Prix weekend.

After two days of running at Formula 1’s newest circuit, the track’s combination of high average lap speed and blind barrier-lined corner has led to a number of close-calls with cars on quick laps passing rivals cruising at reduced speeds, either trying to create space to start hot laps or recovering back to the pits at the end of stints.

Despite echoing his fellow drivers in praising the exhilarating nature of the Jeddah circuit to drive, Perez has serious concerns over the safety of the street circuit for racing.

“There’s a lot of straights, but they are done with corners. Blind corners. I hope nothing happens tomorrow. I feel like it’s too dangerous without a real reason.”

Ahead of today’s race, Perez says he hopes that all 20 drivers can manage the 50 laps of the race without a major accident around the narrow but high-speed corners on the circuit.

“When you look at some of the onboards, it’s quite scary,” Perez said. “I really just hope that it goes through that we don’t see a big shunt out there.

“I just feel the track – it’s a bit too risky without a reason. With the speeds that we’re doing, with the deltas around the track from some of the cars, it’s a bit unnecessary.”

The Red Bull driver believes that the sport should come together after the race to discuss whether the nature of the Jeddah circuit is compromising safety too far.

“I think we cannot forget the fact that safety has to take priority,” Perez stressed. “I’ve spoken to some of the other drivers and we all kind of think it.

“We are the ones sitting in the car. The speed differences that you tend to see – if something goes wrong, it’s a massive one, you know? Sure, there’s a bit of track character, but it’s something that we’ve got to speak about after the race.

”The track is fantastic – don’t get me wrong. It’s a really nice, cool track to drive. I just feel like it’s very risky, the track. If things go wrong for someone, they can go really wrong.”