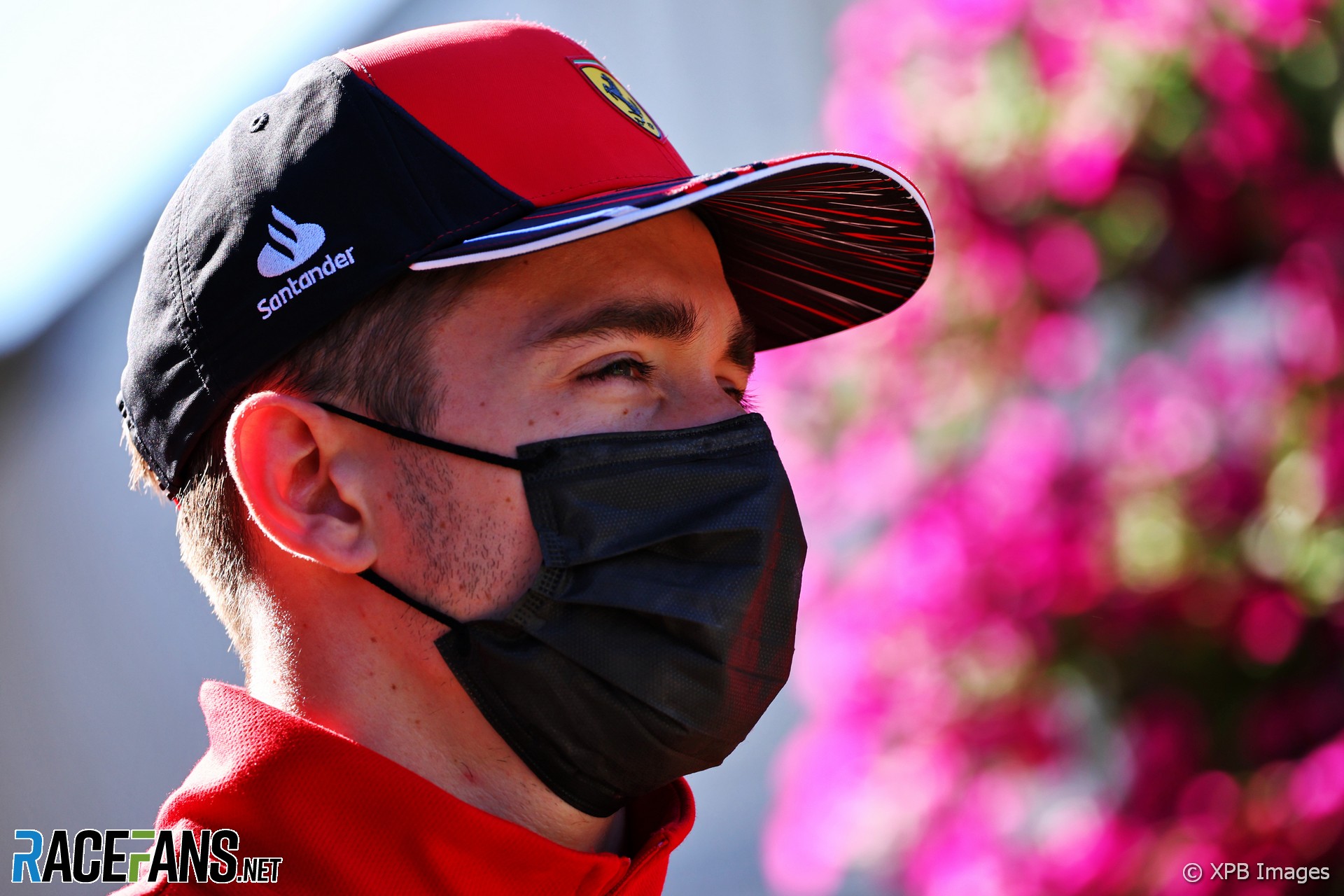 Charles Leclerc expects it will be difficult for police to locate the thieves who robbed him of a watch in Italy three days ago.

His watch was taken after the Ferrari driver was asked for a photograph in Viareggio on Monday.

“I won’t go too much into details, it hasn’t been a great experience,” he told media in Imola today. “I cannot say much more than that.”

The local police are looking into the matter but Leclerc is not optimistic the perpetrators will be found.

“Obviously everything is going on with the police and they are trying to find them. It hasn’t been as smooth as what I’ve read.

“But overall I am fine, fully focussed for the weekend. It won’t hurt me for this weekend.”

Leclerc arrives in Imola with a 34-point lead in the drivers championship after just three races and is “very excited” by his team’s strong start to the year.

“Obviously after the first three races, everything’s going our way and we seem to have a very strong car for this year. Obviously to be at home for Ferrari I know that in the past years we’ve had so much support here and now to be here in that position I’m pretty sure it’s going to be special.”

However he repeated his warning that Ferrari must take care not to get carried away by their early season success heading into their home race.

“The most important thing for us this weekend is to not overdo things, which is easy whenever there is excitement and and whenever things are going well. We need to stay focussed on our job, not try to do too much and hopefully it will be a positive weekend.”