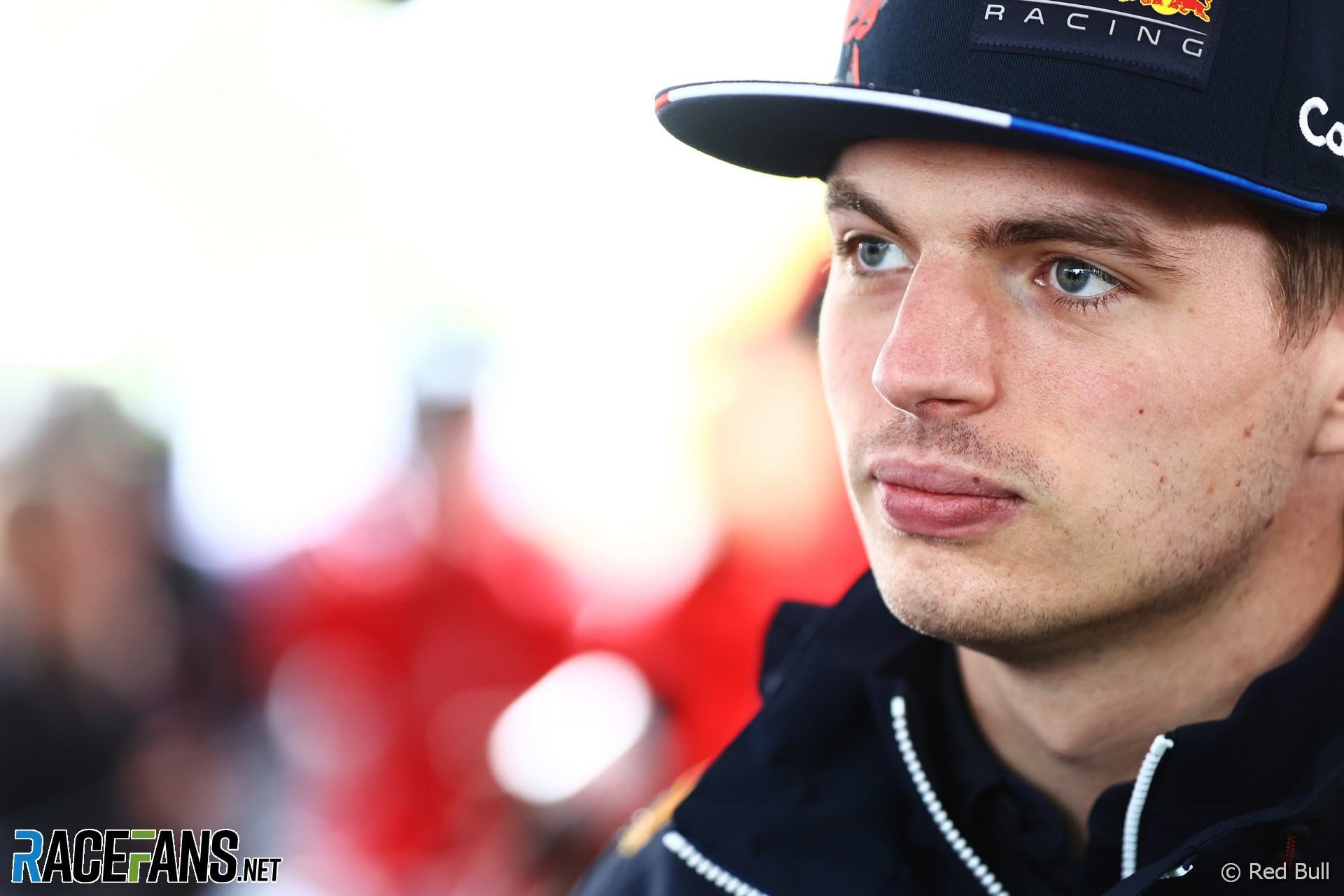 Formula 1 drivers are unhappy that changes to the structure of grand prix weekends this year have increased the demands on their time.

However Max Verstappen believes the series could easily address the problem by copying how other sports handle television interviews.

F1 changed its race weekend structure this year by delaying the two sessions which take place on Friday until later in the day. That allowed the official FIA pre-race drivers press conference to move from Thursday to Friday morning.

This was expected to reduce the burden on drivers and teams at a time when the growing number of events on the calendar is adding to the demands upon them. However several drivers said they are now busier than ever.

“For some reason that maybe we didn’t expect this year, both Thursday and Friday have become a lot longer for the drivers,” said Carlos Sainz Jnr. “The amount of media that we are facing every day and the amount of time that we’re spending at the track on meetings and activities has increased a lot.

“If we are going towards the higher number of races we’re going to need to find a way to kind of control this in a more efficient way.”

Verstappen said he preferred the previous structure, when the drivers press conference and other pre-event media commitments all took place on Thursday.

“I think it was better before because now our Thursday is very long, which officially is not really a day any more, but actually for us it’s the same amount or even more on a Thursday. And even more now on a Friday, where you come in early. Coming in early is not a problem but your whole day is longer.

“[Because we are] going to more races, you would like to have a shorter weekend. But actually now, with more races, we’re also having longer weekends or at least more days that we are actually at the track and doing stuff. So that definitely needs to change.”

In addition to the single press conference for print media on Fridays, around half of which is also broadcast on television, each driver is also required to speak to multiple broadcasters individually in turn. Verstappen queries why the latter isn’t combined into a single event to reduce the burden on drivers.

“It doesn’t matter if it’s all on Thursday or Friday, it’s more about we do this [press conference], then we go outside, then we have to speak to all the individual media but they all ask the same question and you are basically repeating yourself six or seven times,” he explained. “You try, of course, to keep it interesting to try and word it in a different way. But at the end of the day, you say the same thing, right?

“What you see in other sports, when they have a press conference, there are a lot of mics just brought together and actually instead of giving the broadcasters just two questions each, they all have basically six, eight or ten questions just in one go and they can all broadcast it.

“That’s also way more efficient and nicer for everyone. It doesn’t matter if you have 20 mics lined up from all different kind of companies, you get a lot more out of the drivers than if we already know when we leave here we have to go outside and we have to repeat ourselves six to eight times.