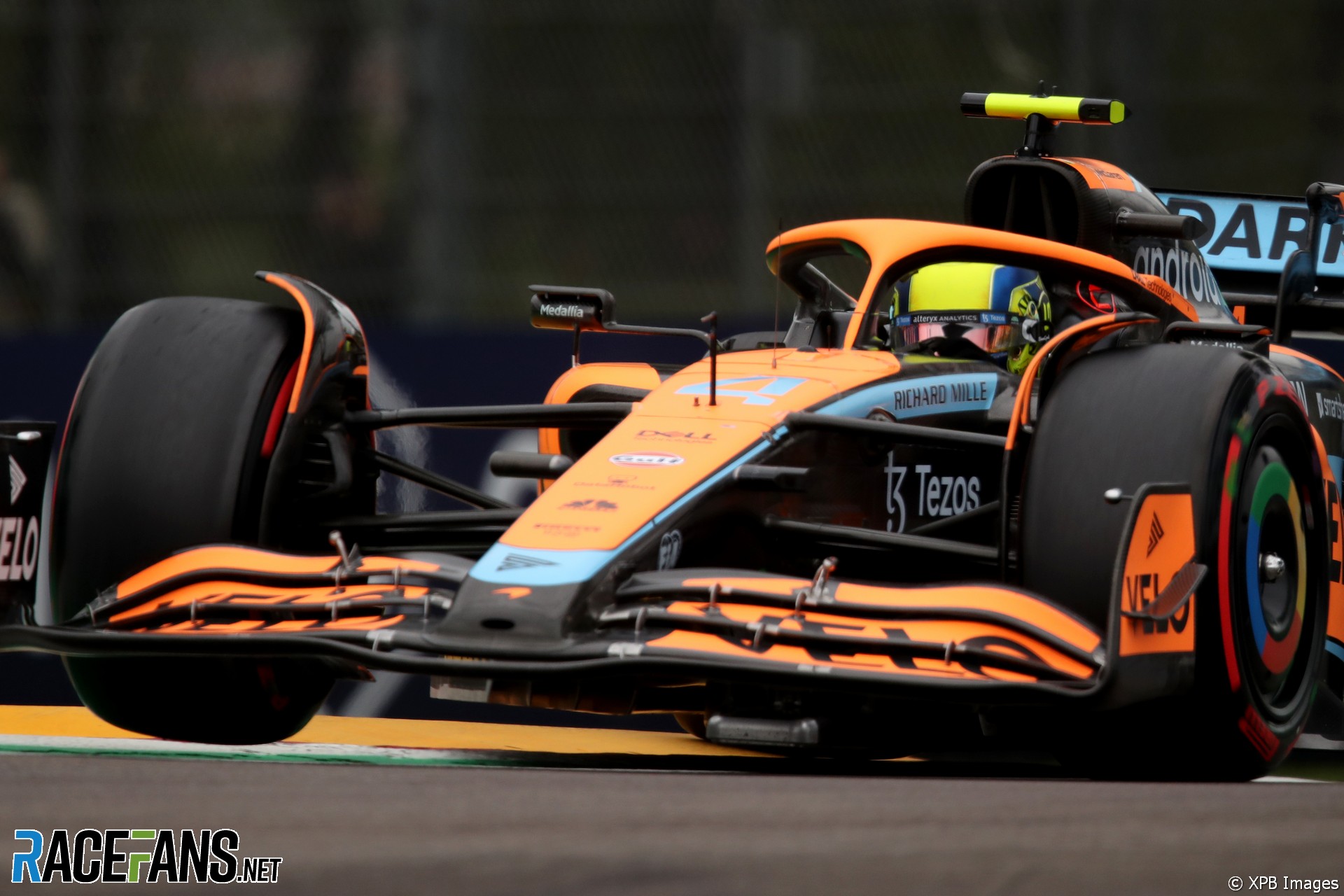 McLaren believe their poor pre-season test in Bahrain made their car look less competitive than it is, having performed more competitively in the races since then.

The team had to severely limit their mileage in the second pre-season test after encountering a problem with their brakes. They began the season with a compromised solution on their MCL36 chassis and neither driver scored in the first race.

Team principal Andreas Seidl believes that exaggerated how serious the team’s problems were.

“If you look back on how everything went from the first test in Barcelona, I think we had a decent test in Barcelona with a car which is fundamentally working,” he explained. “And then obviously we experienced this big setback, losing all these laps during the Bahrain test.

“[This] then ended up in consequences for the Bahrain race weekend because of a compromised solution for the brakes, but also because of losing all [those] laps and the ideal preparation to get the season started in a completely new car. Then with having the race at the same venue where the test happened, where everyone could gain so much experience, I think it made us look definitely worse than we actually are with the package.”

McLaren scored their first points of the year at the next race in Jeddah. Following that both drivers reached Q3 in Australia and the pair finished inside the top six.

Seidl believes these better performances give a more realistic guide to the team’s true form.

“Going to Jeddah and then going to Melbourne, I think the more laps we did, the more time we had, we could recover from all these laps that we lost at the test,” he said.

“That’s why I think a part of performance was just coming back [to what] is there anywhere in the package we are having. I still think there’s nothing fundamentally wrong with this car.”

However he pointed out that even at their best the team is still will behind pace-setters Ferrari and Red Bull. “At the same time, it is clear that you look at the performance gap we’re having for the weekend like in Melbourne, we miss performance and that’s why we are working hard in order to bring performance.

“I definitely think with the current package and with the small, little upgrades we did already since Bahrain, we have a car which is good to fight for the top 10 and to fight for good points at every weekend. That’s the aim for the moment, while in parallel we are working on the upgrades that we want to bring in the future.”