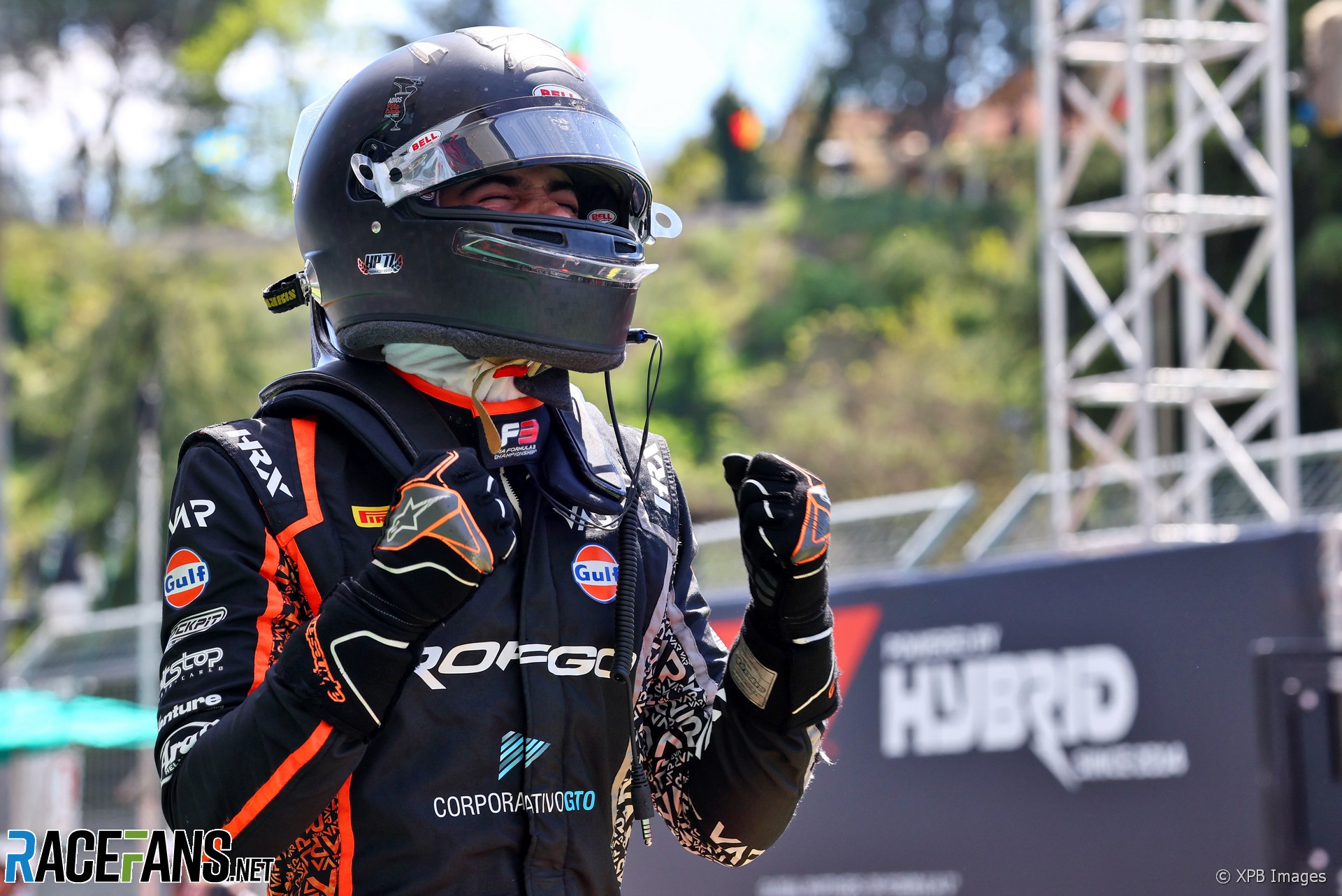 Franco Colapinto won the Formula 3 sprint race in Imola, overtaking Caio Collet on the last lap before he spun out after contact with Isack Hadjar.

Colapinto had started the F3 sprint race on pole, but was behind from the start to the final lap, when he sensationally reclaimed first place.

Colapinto got a good getaway but Caio Collet had the opposite, while Kush Maini, who had started from third, snatched second from his MP Motorsport team mate. Collet fought back within the first lap and was able to reclaim second.

Collet harassed Colapinto for the first three laps, finally passing him for the lead on lap four. Meanwhile Isack Hadjar was carving a route up the grid, finally passing Maini for third around the outside of Villeneuve on lap seven, having started seventh.

David Schumacher was shown the black and white flag for track limits on lap eight.

Zak O’Sullivan went off at Rivazza dramatically, skidding into the barriers with the rear wheels buried, moments before Josep Maria Marti followed him into the same place, Marti’s car nudging O’Sullivan’s, despite being separate incidents. A full safety car was called on lap nine, while O’Sullivan and Marti’s cars were retrieved.

On lap 13 Reece Ushijima and Franco Malvestiti came together at the exit of Tamburello, Ushijima’s car looking significantly damaged. Ushijuma had ridden up on Malvestiti’s back left wheel through Tamburello to collide. Both drivers and Hunter Yeany were placed under investigation by the stewards for the incident.

Ido Cohen was also forced to pit for a new front wing behind the safety car, after coming together with Kaylen Frederick at the safety car restart, for which he was later issued a five-second time penalty. The safety car ended again on lap 16, Collet leading away while Hadjar pursued Colapinto for second into the start of lap 17.

Arthur Leclerc ran wide at Villeneuve and sprayed polystyrene across the track after running through advertising boards. The race was once again neutralised for marshals to sweep the track. The green flag was shown less than a lap later and Collet again was able to get away while leaving Colapinto and Hadjar to their duel.

However, Colapinto was able to reclaim the lead on the final lap, before Collet and Hadjar collided with each other, leaving Colapinto free to cruise to the chequered flag after Collet was taken out of the race entirely and Hadjar demoted to fifth. Victor Martins and Jak Crawford profited from the incident to take the other podium positions. Colapinto became Van Amersfoort Racing’s first race winner in their return to F3.

Martins retains the lead of the championship, ahead of tomorrow’s feature race when Zane Maloney will start on pole.