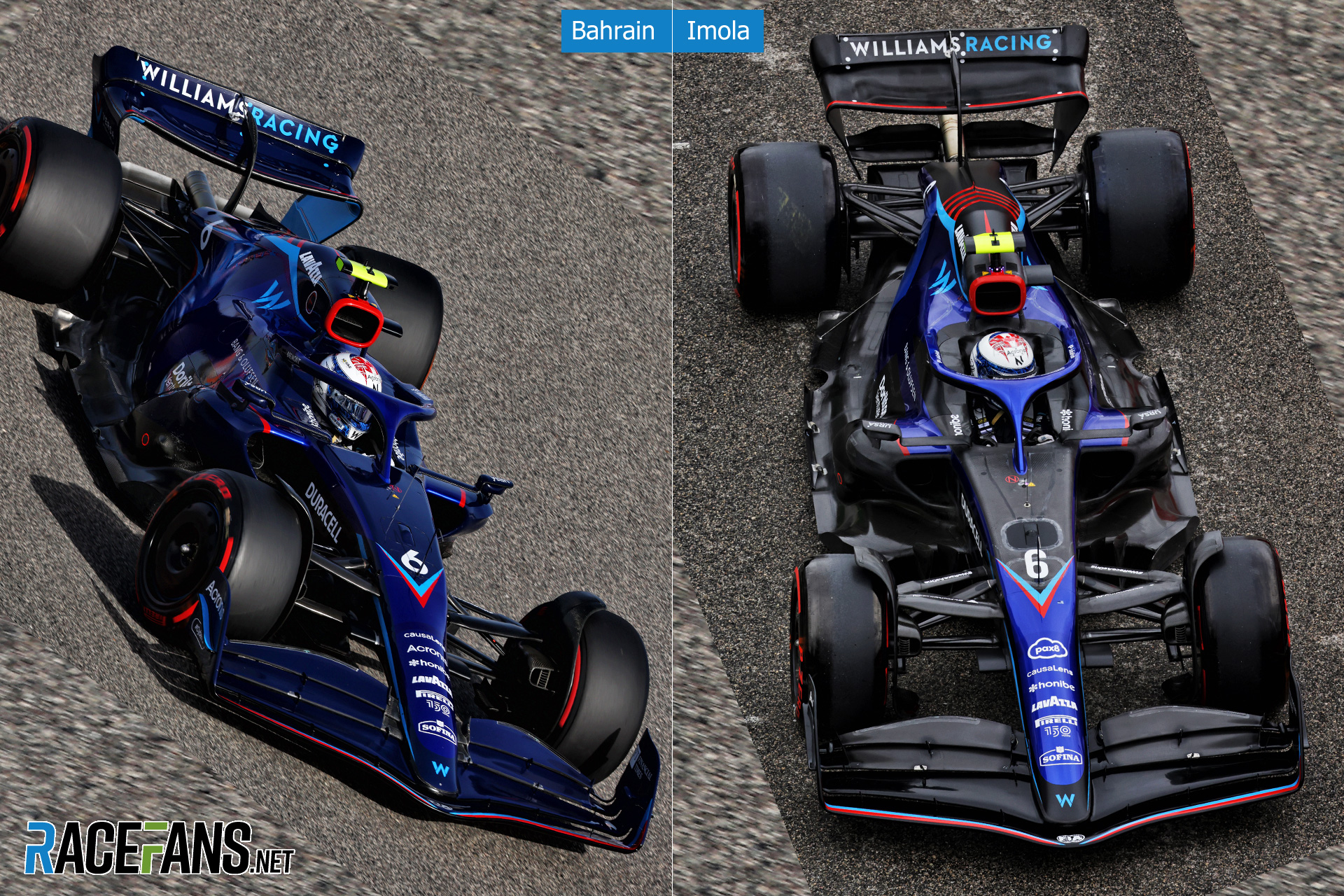 Formula 1 teams are increasingly leaving large parts of their cars unpainted as they strive to reduce weight and improve performance.

The minimum weight limit was increased several times for F1’s new technical rules for 2022. The latest rise left the level at 798 kilograms.

This is around 46kg higher than last year. But with larger wheels, stronger impact structures and an increased use of specification parts, teams have found it ever more difficult to hit the minimum weight limit.

While there has been a trend towards teams cutting back on the painted areas of their cars in recent years, this has increased noticeably since the start of the 2022 season. One of the most striking examples can be seen on Williams’ car, which appeared at this weekend’s Emilia-Romagna Grand Prix with far fewer painted panels than it ran with in pre-season testing.

Other teams have taken a similar route since the season began, including McLaren and Aston Martin. McLaren team principal Andreas Seidl said trying to reduce the weight of the cars involved balancing a number of different compromises, and they were eager not to risk reliability.

“It’s still an ongoing challenge for lots of teams, including us as well,” he said in response to a question from RaceFans. “The aim is clear, to get down to the minimum weight as quickly as possible.

“But you need to factor in when do you bring which upgrades? What is the budget you want to invest when? When you go about rate reduction reliability is always a topic as well. So it’s quite a complex challenge.”

Weight is one of two key performance differentiators between teams this year, according to Aston Martin team principal Mike Krack.

“The reasons why teams are performing and others not are lying with aerodynamics and car weight at the moment,” he said. “So while we make progress on the weight side, we have struggled on aerodynamics, so this is something we need to really focus on.”