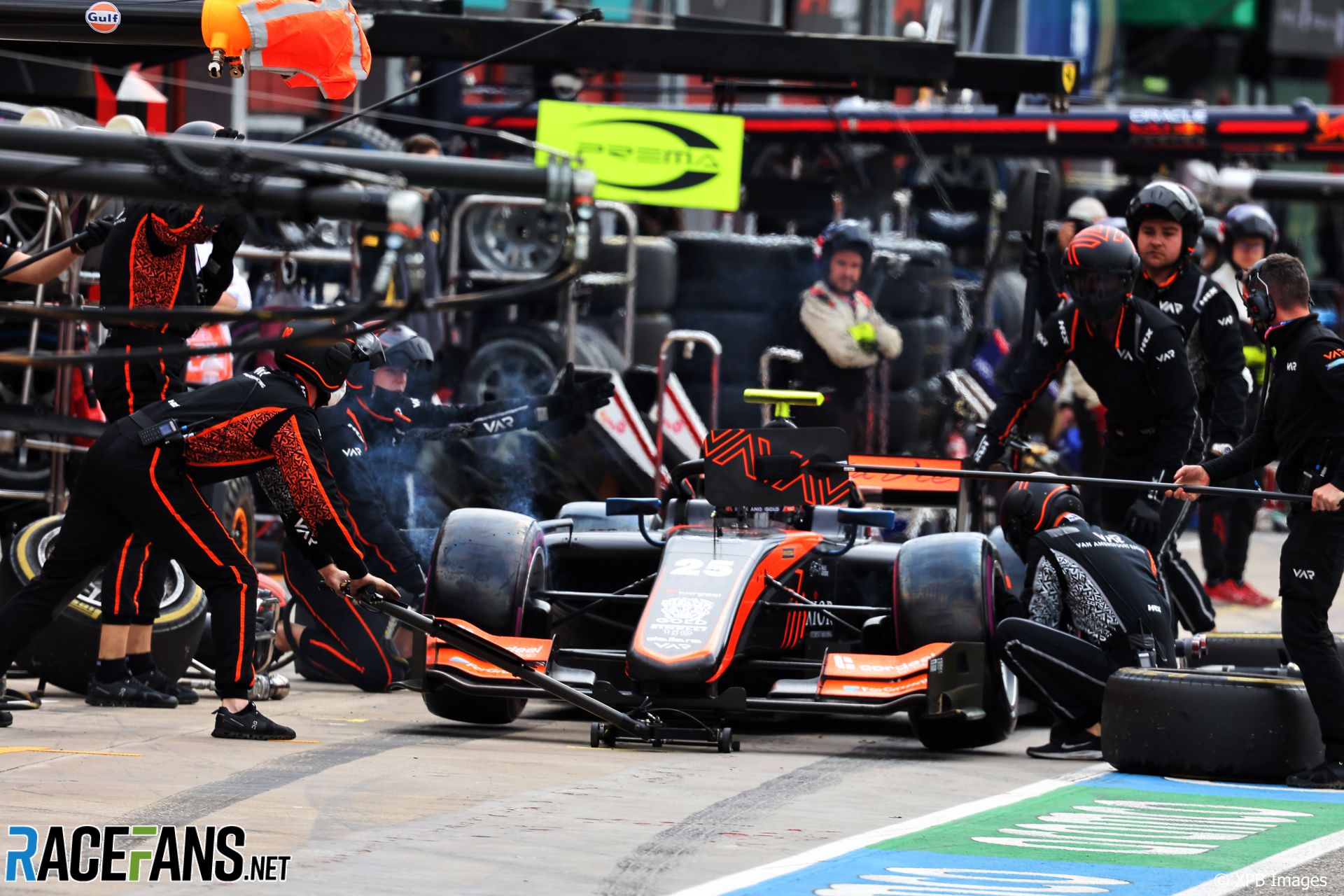 Amaury Cordeel has narrowly escaped a race ban after not being penalised further by the stewards for receiving multiple penalties in the Formula 2 feature race.

Cordeel had been penalised three times and accrued four penalty points in the opening two rounds. He faced two 10-second time penalties in the Bahrain feature race for speeding in the pit lane, however, was awarded no penalty points both times.

In Jeddah he was then hit with four penalty points for passing Logan Sargeant’s stricken car at double or even more of the speeds other drivers did, despite having been shown double waved yellow and red flags for more than half a lap. Cordeel admitted that it was due to “inattention” to flag signals and both he and Van Amersfoort Racing were told to do better in future by the stewards.

Over the course of the penalties, Cordeel accrued five penalty points, bringing him to a total of nine points after just three Formula 2 events this year.

After the end of the race, he was then summoned to the stewards for multiple other violations. The first decision was regarding pit stop procedure, for which Trident was fined €2,000 and Cordeel given a suspended five-place grid drop to be applied at any event this season following a further pit stop violation.

Subsequently, there were two further investigations into Cordeel having repeatedly breached the regulations during the race and regarding a failure to serve his stop-and-go penalty. After meeting with Cordeel, it was determined that it would have been impossible to serve the stop-and-go penalty due to a late race Safety Car, so it was converted to a 30-second time penalty.

On the matter of repeated violations, the F2 stewards agreed that no further action would be taken on condition that Cordeel would improve his compliance with the regulations.

“The stewards met with the driver and the team manager and reviewed the multiple track limit violations (total of six) and the pit lane speeding incidents (total of two) during the Feature Race,” read the decision.

“The driver [Cordeel] explained that due to delays with information being relayed about the track limit violations that he had probably committed additional violations prior to receiving the warning.

“Regarding the speed limit violation of 99km/h, the driver explained that due to an earlier race incident the 60km/h board at the line at the pit entrance had been removed. As such he was confused as to the exact location and he slowed too late, having chosen the second line as the correct one.”

Mitigating the decision, the stewards explained to Cordeel that “it was his sole responsibility to drive the car within the track limits” and that “repeated offences may bring into question his ability to control the car.”

“Further, the location of the start of the pit lane speed limitations is a critical point and careful note should be taken by the driver such that the board is only an aid.

“The stewards decided to take no further action on this occasion and the Driver committed to do better in the future.”

None of Cordeel’s penalty points are due to expire until 2023, being a rookie in Formula 2.