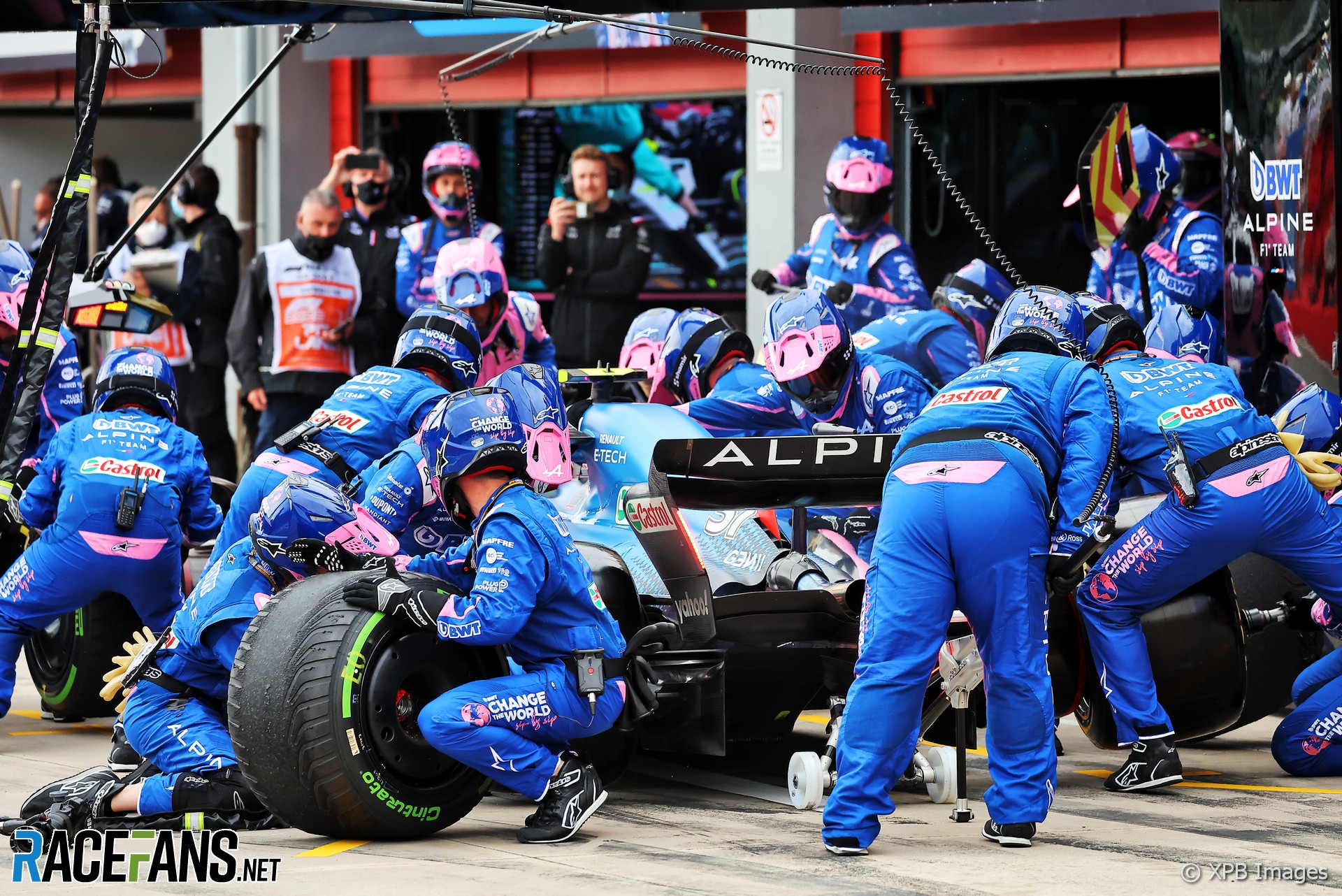 Esteban Ocon disputed his five-second time penalty for an unsafe release during the Emilia-Romagna Grand Prix, blaming a piece of pit equipment left in his path.

The stewards ruled Lewis Hamilton “had to take evasive action to prevent a collision” when Ocon’s car was released alongside him after the pair pitted together on lap 19.

“I disagree with the penalty there,” Ocon told his race engineer Josh Peckett on the radio after the race. “It was the tube that made me go left, the tube from the team in front.”

Ocon finished 11th on the road but was relegated to 14th place in the final classification due to his penalty.

“It’s a little bit frustrating, for sure,” he said after the race. “We’re P11 and of course with that unsafe release, five seconds, that hurts our position.

“But I think what hurt that is really the tube that was left quite in the middle, almost at the fast lane. I had to squeeze Lewis because of that tube that was hanging.”

Ocon believes “there would have been space for both of us” had the tube not been there. He said he knew where Hamilton was as he pulled away from his pit box.

“I was aware when I had to avoid the tube and then I saw he was there. It’s tight but of course it’s not safe to be that close to another car, that’s clear.”

Ocon was not given any penalty points on his licence for the incident “as the infringement was caused by the unsafe release by the team,” the stewards noted.