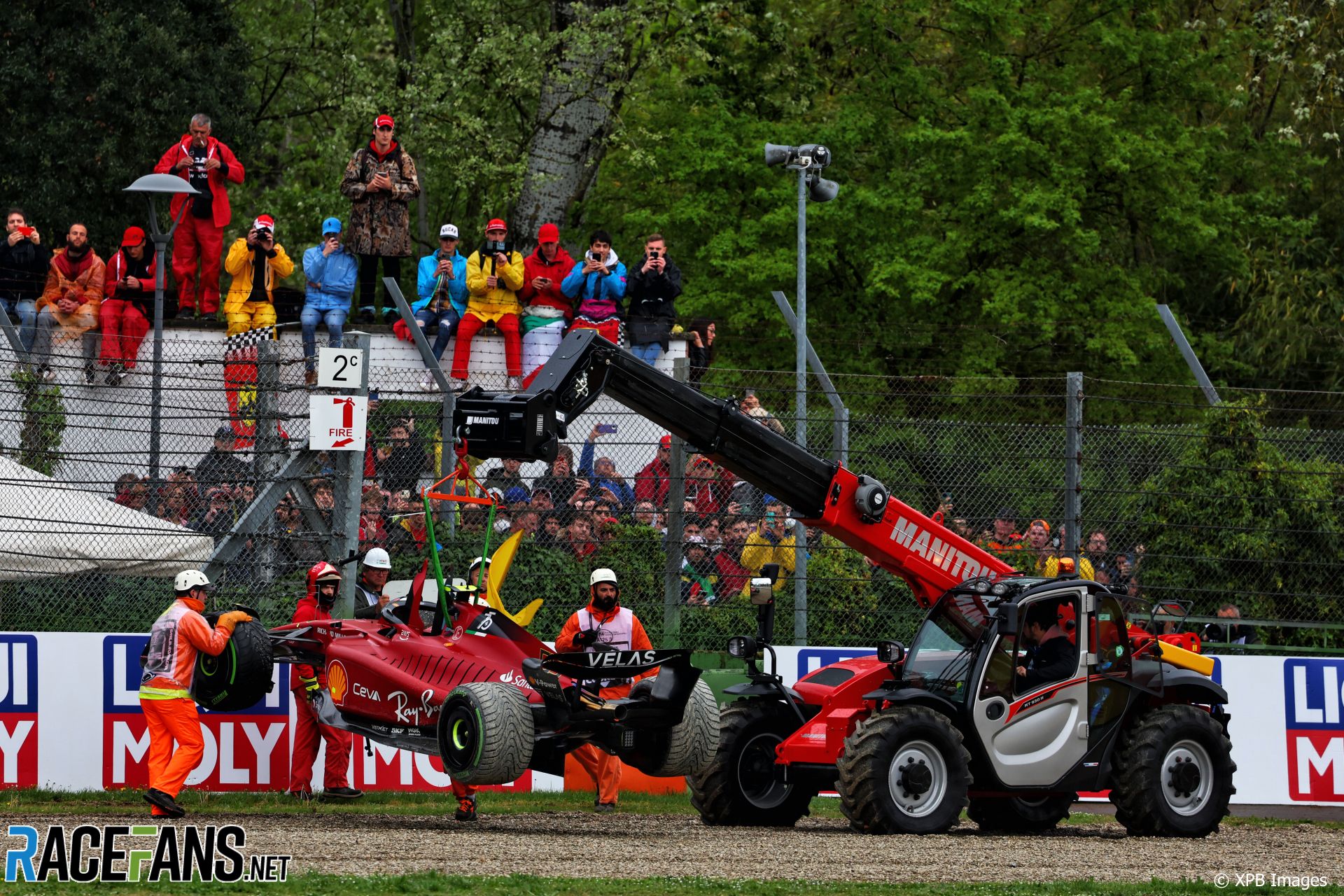 A driver’s confidence is governed by their mindset and the car underneath them. Give them a race-winning car, the confidence soars. Give them a mediocre, unpredictable car and their head may drop.

“The mind is everything” explained Sir Jackie Stewart in a 2003 interview. “All the boys in Formula One today have gifts from God and there’s 20 of them. Then there’s the top six, then the extraordinary three. But the genius is the one who takes it to another level.” For those, Stewart believes, “it’s always the head that took them there.”

But what happens when that confidence drops? Four races into the 2022 season, a handful of drivers already appear to be in that position.

Nicholas Latifi has had a wretched start to 2022, coming off the back of a controversial end to last season.

The Williams driver attracted undue criticism over his crash which triggered the title-deciding Safety Car period in Abu Dhabi. Afterwards Latifi received a barrage of abuse, including death threats, leading him to issue a statement in which he admitted deleting social media apps from his phone as a result.

“The ensuing hate, abuse, and threats on social media were not really a surprise to me as it’s just the stark reality of the world we live in right now,” said Latifi. “I’m no stranger to being talked about negatively online, I think every sportsperson who competes on the world stage knows they’re under extreme scrutiny and this comes with the territory sometimes.

“But as we’ve seen time and time again, across all different sports, it only takes one incident at the wrong time to have things completely blown out of proportion and bring out the worst in people who are so-called ‘fans’ of the sport. What shocked me was the extreme tone of the hate, abuse, and even the death threats I received.”

Four races into the new season, Latifi is sitting at the bottom of the standings. He has had a series of crashes: One during qualifying for the Saudi Arabian Grand Prix, another in the race, and again during qualifying in Melbourne following a misunderstanding with Lance Stroll. And new team mate Alexander Albon is showing him the way much as his predecessor George Russell did.

“He’s capable to drive very fast and do the same lap times as Alex if he is in the right place. The cars are a bit more difficult and trickier to drive than last year’s car and he has to get his head around it and he gets the full support from the team.

Highlighting the impression Abu Dhabi had on the Canadian, Capito added: “I think what impacted him most last year was the comments and the threats on social media. We helped him to get over that.”

“We try to boost his confidence, we work with him,” Capito added. “I think he’s getting better on that and he has to learn that and I think he’s on a good way.”

At the other end of the grid, Carlos Sainz Jnr has also had a bruising couple of races for Ferrari. While team mate Charles Leclerc sits atop the drivers’ championship, Sainz has only taken five points from the last two rounds.

Sainz spun out and beached his Ferrari on the second lap of the Australian Grand Prix. Keen to bounce back at Imola, after his new Ferrari deal was announced, Sainz suffered another blow as he crashed out in Q2, leaving him 10th on the grid for the sprint race.

Afterwards he admitted he still isn’t fully confident in his car. “It’s no secret that mistakes like yesterday happen for a reason and I’m still not 100 percent,” he said on Saturday.

“I’m out there fighting the car and trying to figure it out. Obviously I’m quick – this is no secret that [in qualifying] I was quick, in Australia I was quick. It’s just the confidence with it and the predictability that I have from the car. And as soon as I get this sorted, I will be 100 percent.”

Sainz admitted the setback was “very painful” for him. “I’m not going to hide it. It was a very negative day for me. It’s how it goes, sometimes, in sport; you have bad moments and yesterday [Friday] definitely was a low for me. The important thing is to keep learning from these mistakes.”

In a further blow, though one not of his making, the race ended in disaster for Sainz when he was hit by McLaren’s Daniel Ricciardo at the start, sending him into retirement.

But never underestimate the resilience of these drivers nor their capacity to bounce back. Pierre Gasly’s experience three years ago provides an inspiring example.

Having been handed a dream opportunity to join top team Red Bull in 2019, Gasly’s season began poorly, and having lagged behind Max Verstappen he was relegated back to Toro Rosso after just 12 races.

A few weeks later that professional blow was followed by a personal tragedy which hit him even harder. Anthoine Hubert, his childhood friend, died in a Formula 2 crash during the Spa race weekend.

But within three months, Gasly was back at his best, and scored an emotional podium finish in Brazil. Speaking last weekend, he described how from an early age he had his confidence in his ability to overcome the adversities he faced through his efforts.

“I think that’s something that I’ve always had as a kid,” he told RaceFans in an exclusive interview. “This sort of mentality to fight for the things I wanted.

“I always felt the need to deliver more or find more strength within myself. If others are pushing 100 percent, I need to be a 110 percent to compensate that lack of equipment that I had.

“And that’s always the mentality that I had, even sometimes everything is not lining up in my favour. I can still turn it into a very positive outcome. And I always had this sort of mindset.

“I always believed in hard work and discipline and sort of believing in that process. But as long as you keep doing the right things, the right outcome will happen at the end.”

These traits are ingrained in F1 drivers. It is a sport that leaves little room for emotions and exposes weaknesses. But we are only four races in and there are still plenty of opportunities for Latifi and Sainz to rebound from their early setbacks.

28 comments on “Four races in, two drivers look in need of a confidence boost”