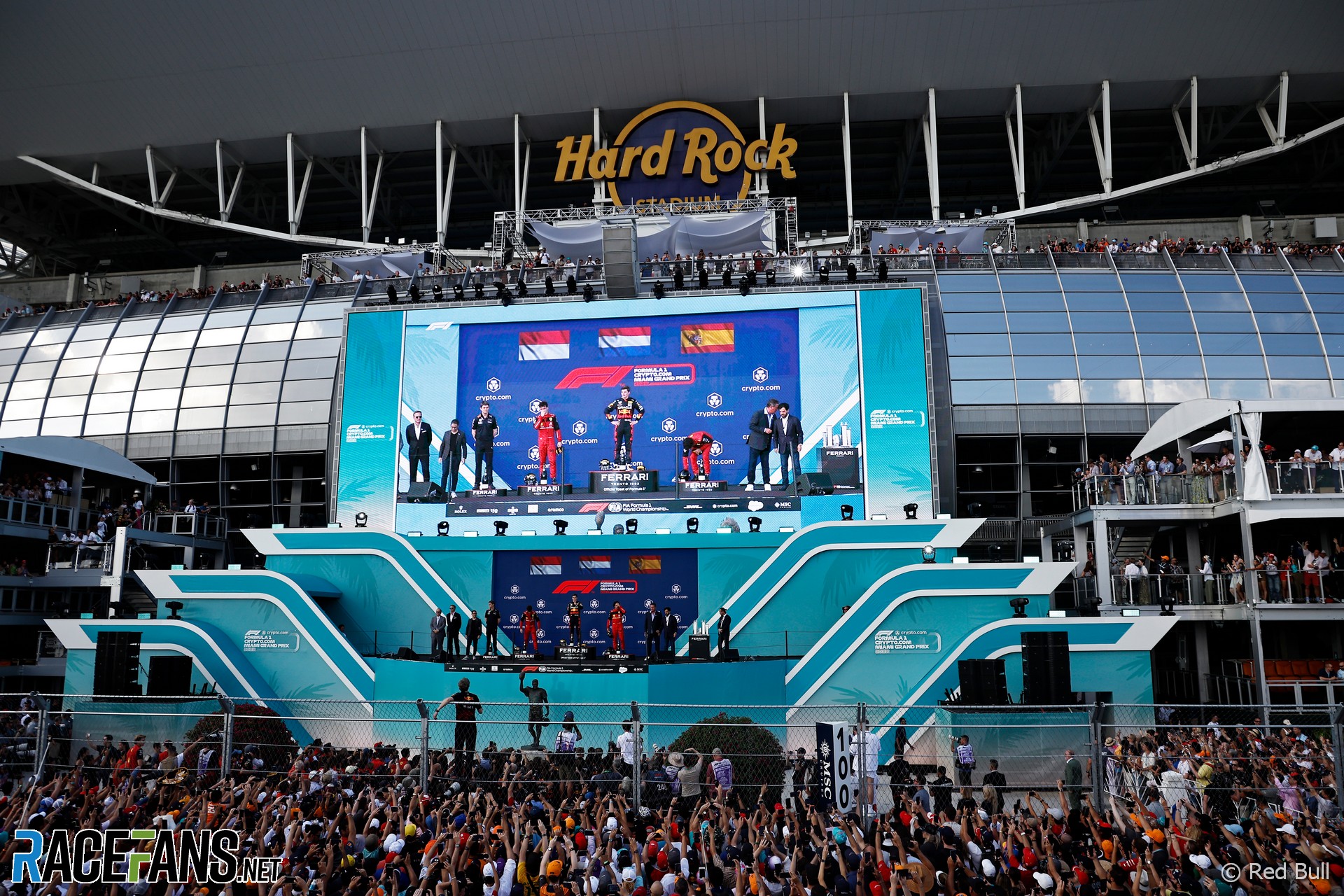 Mercedes team principal Toto Wolff hailed Formula 1’s first Miami Grand Prix as a triumph, saying even some of the problems with the track worked in its favour.

“This event was spectacular,” said Wolff in response to a question from RaceFans after the race.

“The city is literally totally hyped around Formula 1. The fan support is great. Honestly, I’ve never been in a race that created such a buzz in a place and interest like Miami this time around.

“You can’t cross the the paddock because there’s so many people and that’s good. I think we need to be happy that we have such a strong support.”

“We had two good DRS zones and even the track breaking in turn 17, as an example, gave great racing. It was very difficult to brake into turn 17. If you lost the line, then obviously you lost a position or two.

“It’s clear that the drivers will say ‘well, that’s not optimum’ but for racing and for entertainment, great stuff. That’s exactly how it should be. It’s almost like a trick gravel bed that you need to put in there to make exciting action.

“So all in all, I would say for the first, nine out of ten.”

Red Bull team principal Christian Horner also praised the event. “It’s been great the reception that we had, the passion that has been here,” he said.

“The interest in Formula 1 is sky-high. You can see by the reception that we got today. Americans certainly know how to host an event and they’ve done a great job with that. And I think it was a good enough race to get everybody excited.”