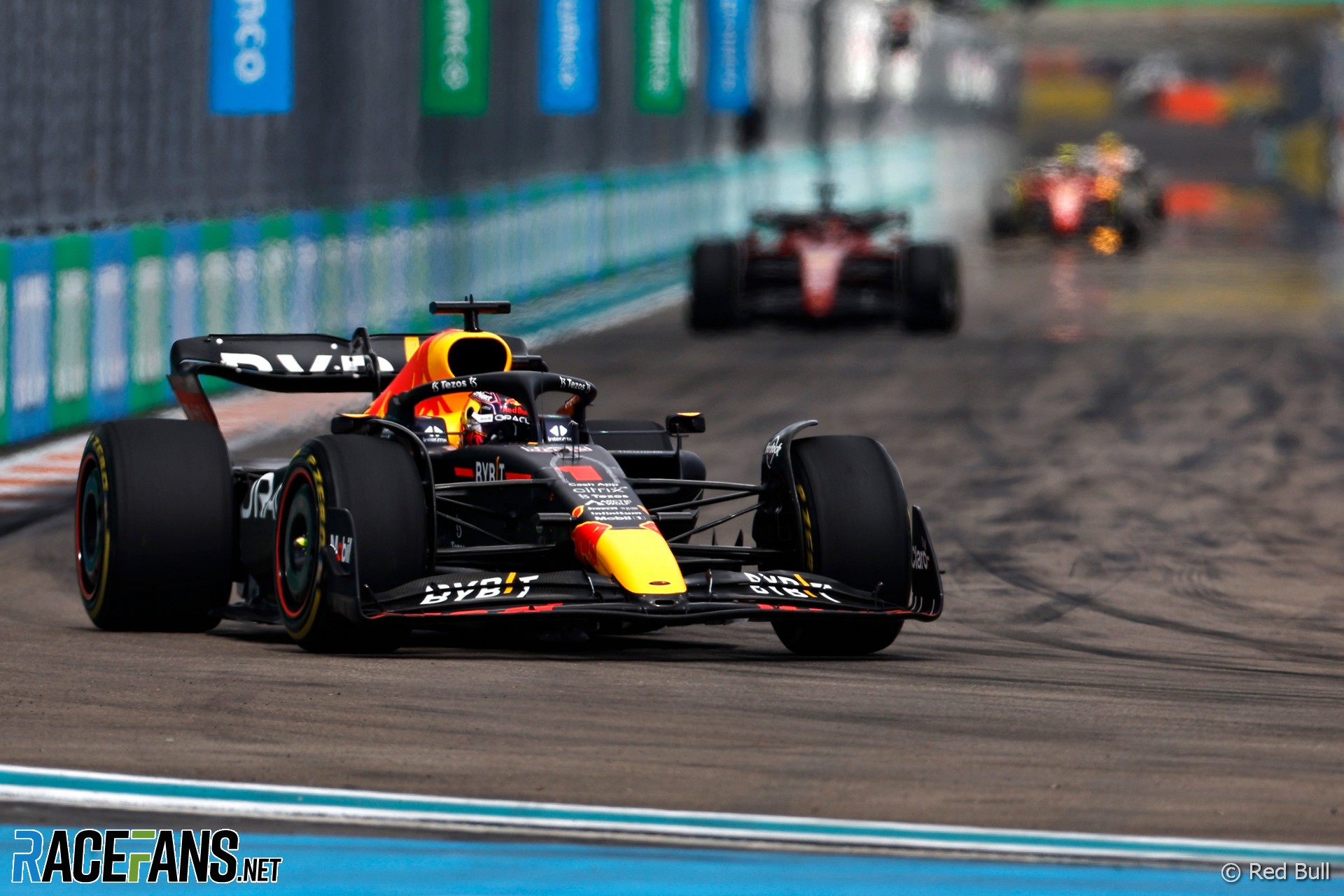 Max Verstappen says Red Bull still need to get on top of their reliability problems, following his third victory of the season.

The world champion had no trouble with his car on his way to victory in Miami yesterday. However he lost much of his running on Friday due to technical problems and team mate Sergio Perez was struck by an engine sensor fault which cost him power during the race.

“We’re still having a few issues we have to solve,” said Verstappen. “I mean, we are quick, but as you can see, my Friday was terrible, which is not great if you want to have a good weekend.

“Also Checo had a few issues in the race, so we have to be on top of that, but clearly there is a lot of potential, we just need to make sure it’s reliable.”

Verstappen said the problems he encountered on Friday compromised him in qualifying. He took third on the grid behind the Ferrari drivers.

“I had a lot of issues on Friday, which compromises your weekend, and especially [Saturday],” he said. “Today everything went well with the start but it also could have been the other way around.

“Of course again, you can say, fair enough, because if you missed almost whole Friday, what can you do about it? So we just have to nail down a really positive weekend without issues.”

However Verstappen is pleased the Red Bull RB18 has proved quick, if not as reliable as rival teams’ cars.

“I think of course, Imola, we had that [reliability], but it’s still a bit of a hit and miss too much. So we just have to make sure that we are more reliable and more on top of things.

“But as you can see the car is quick. I’m very happy about that, I mean, if you would be slow and reliable, that’s probably also not a good thing.”

He described his race as “very smooth” after having “all my bad luck on Friday.” He came under pressure from Charles Leclerc at the end of the race when a Safety Car period bunched the field together.

“During those laps it was very tricky. I was struggling a lot actually with the cold tyres hitting the kerbs. So going through the chicane was not easy, I made a few mistakes there a few times.

“So it was very important to get a good run out of the chicane and actually also turn 16 onto the straight. But of course with the extra top speed we had today that of course also helps.”