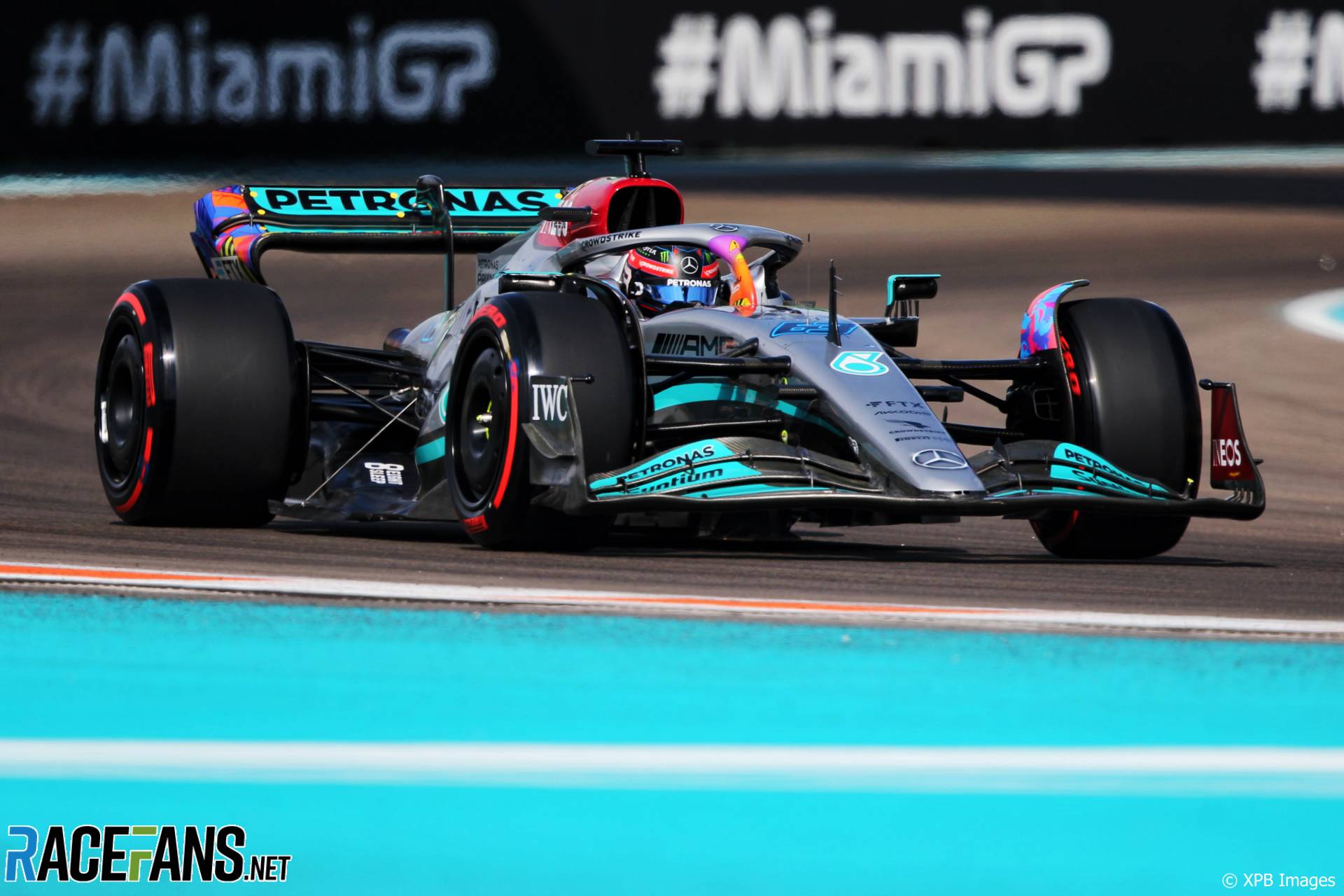 George Russell urged circuit management at the Miami International Autodrome to improve the track surface before Formula 1 returns next year.

Drivers raised concerns about the lack of grip at the new track throughout the Miami Grand Prix weekend. Following a largely processional contest, enlivened by a late Safety Car period, Russell said those in charge “need to do something” about the surface for future races.

“One, it’s a safety issue,” he said. “Secondly, it just does not offer good racing. You can’t go side-by-side with a car around the corner when there’s zero grip off-line.

“It’s kind of like driving in the wet when you’ve gone on the slicks in the wet and there’s one dry line. It’s drive-able, but it depends if you want to offer good racing and something good for the drivers.”

Before the weekend began, drivers were optimistic the Miami track layout would offer overtaking opportunities. Their assessments changed after running on the track for the first time.

F1 team principals were hopeful the drivers’ concerns about the surface would not be realised in the grand prix once the track had rubbered-in. But Russell said it proved “really difficult to race around this track” on Sunday.

“I don’t know what on earth they’ve done with the Tarmac but off-line it’s awful,” he said.

“It’s strange,” Russell added, “because every other new Tarmac on these other tracks – with Jeddah, with Melbourne – they’ve generally gone for really high grip, really good racing on and off line but here something’s gone a bit wrong.”

Russell, a director of the Grand Prix Drivers’ Association, said changes to the pit lane entrance had also been requested by drivers but not acted upon.

“I almost crashed coming into the pit lane,” he said. “We requested to get the pit entry blend line removed because we knew that with all the [tyre] marbles going outside, having to go around the outside of the corner, it’s going to cause a crash. So that was a shame not to see that implemented.”