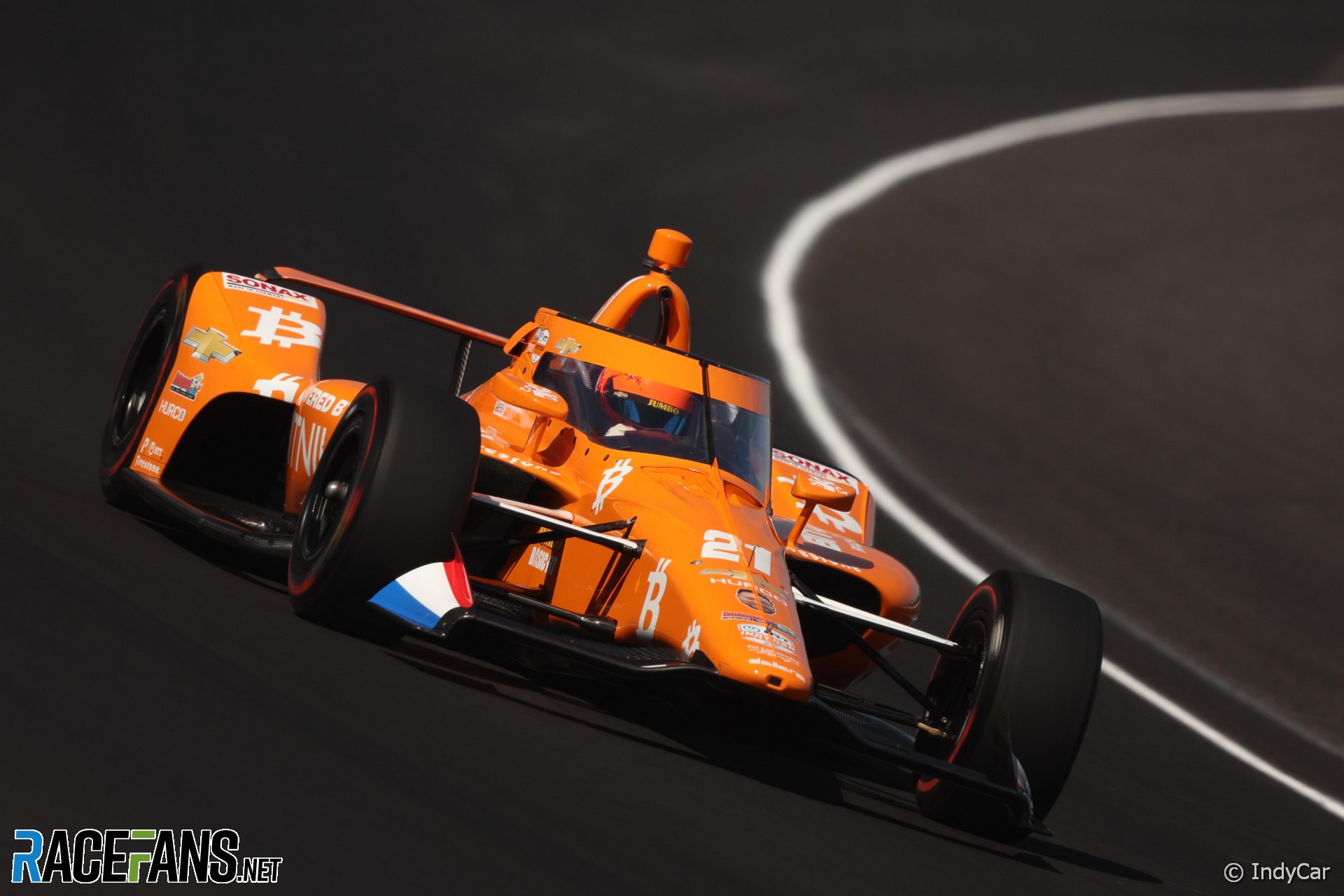 Rinus VeeKay led the 33 drivers after the first day of qualifying for the Indianapolis 500.

The Ed Carpenter Racing driver is one of the 12 who advance to Sunday’s two-stage knockout qualifying to determine the pole-winner for the 106th running of the race.

The qualifying session that was affected by two lengthy delays for rainfall and lightning. VeeKay was the second driver out on track and put together a sensational four-lap run, clocked at an average speed of 233.655mph (376.031kph).

The first stoppage came at 2:12pm local time for rain. After over an hour and a half of waiting for the rain to stop and the track to dry, just ten minutes of running commenced before a second stoppage due to lightning strikes near Indianapolis Motor Speedway.

VeeKay’s run surpassed that of McLaren SP’s Pato O’Ward, who was the first driver out on track when time trials began at 11:00am. O’Ward qualified at an average speed of 233.037mph, ahead of his team mate Felix Rosenqvist at 232.775mph.

Defending IndyCar Series champion and 2021 Indy 500 runner-up Alex Palou was fourth after a run at 232.774 mph, ahead of his team mate and 2013 Indy winner Tony Kanaan (fifth) and Jimmie Johnson (sixth). The seven-time NASCAR champion was the fastest of the Indy 500 rookies in the field.

But Sato had a hard road to make the cut: His first run was invalidated after he impeded Marco Andretti’s first qualifying attempt, then he brushed the wall at turn two on the penultimate lap of his second and final run.

The top 12 drivers will qualify again tomorrow, with the fastest six qualifiers advancing to a Fast Six shootout (similar to IndyCar’s road and street course events) to determine the pole winner. They will also earn championship points based on their qualifying position.

Positions 13 through 33 have been set and include more than a few notable names. Josef Newgarden was almost set to withdraw his time and requalify, but because the second stoppage came out before he took to the track, the two-time IndyCar champion kept his 14th place starting position.

Defending Indy 500 winner Helio Castroneves will start 27th as he bids for a record fifth victory in the race.

All 33 entrants were guaranteed a starting position in the field of 33, including Stefan Wilson, who did not set a time after pulling out of the qualifying queue because of a gearbox and engine issue.

Putting VeeKay’s sensational run into perspective, it was the third-fastest qualifying run in the history of the Indianapolis 500, behind Arie Luyendyk and Scott Brayton’s 1996 qualifying efforts in what was then an open-chassis, open-tyre category using larger-displacement turbocharged engines.

Indianapolis 500 qualifying results after day one