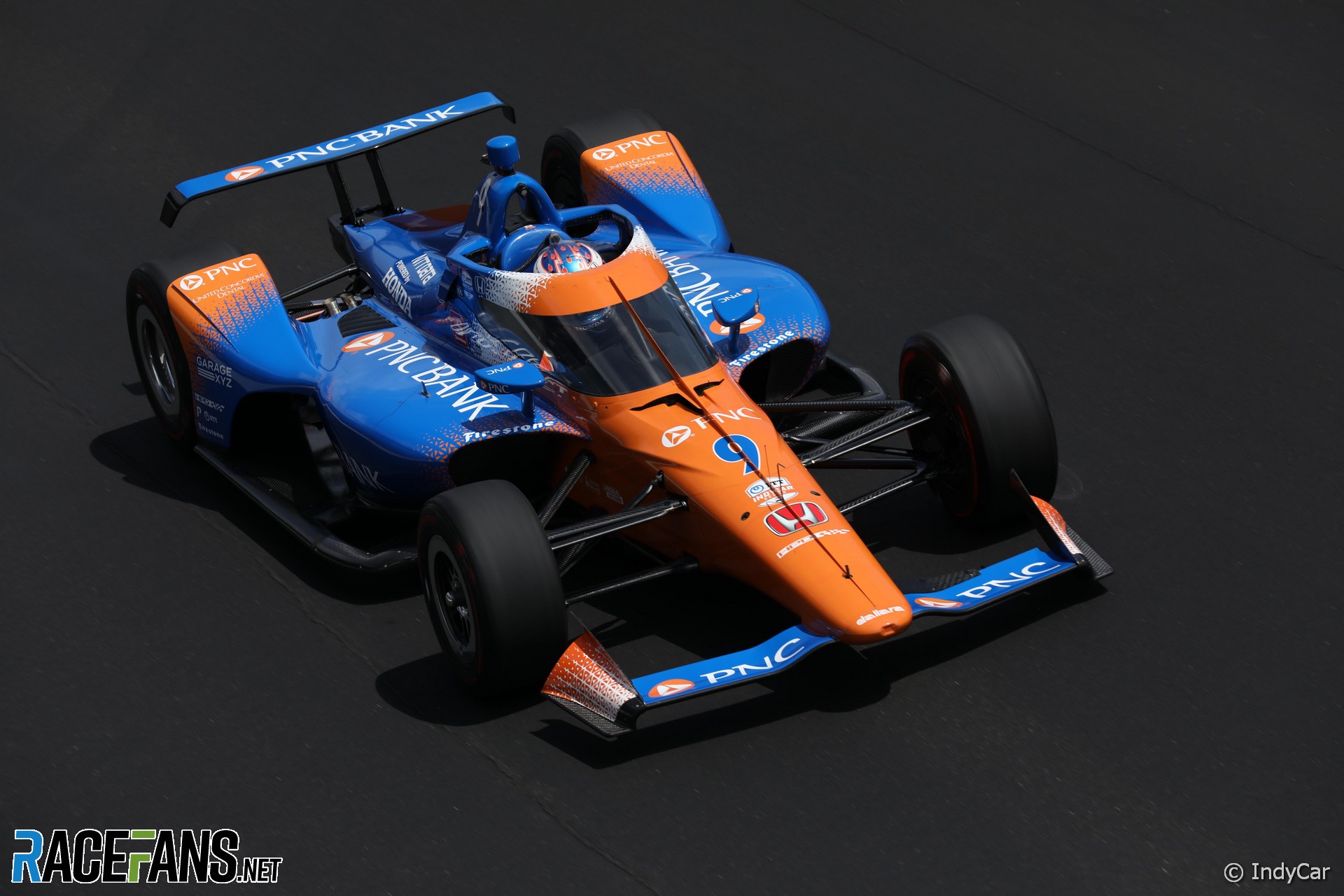 Scott Dixon, the six-time IndyCar champion and 2008 Indianapolis 500 winner, took pole position for the 106th running of IndyCar’s crown jewel event by turning in the fastest pole-winning qualifying run in the history of the race.

Dixon set the benchmark early on in the Top 12 qualifying session, with a four-lap average speed of 233.510 mph (375.798 kph). He was one of four Chip Ganassi Racing drivers that progressed to the decisive Fast Six qualifying stage, joining Marcus Ericsson, Tony Kanaan, and defending IndyCar Series champion Alex Palou.

The odd man out was ‘super rookie’ Jimmie Johnson, who narrowly avoided a disaster when he lost grip heading into turn one on his first lap. He brushed the wall and continued his run, but his four-lap average was not fast enough to put him into the final stage of qualifying. Johnson, the seven-time NASCAR champion, will start 12th.

Along with the Ganassi quartet, two cars from Ed Carpenter Racing made the cut for the fast six as Rinus VeeKay set a four-lap average of 233.429, and team owner Ed Carpenter also progressed to the pole shootout.

McLaren SP drivers Pato O’Ward and Felix Rosenqvist were bumped at the end of the session, and will start seventh and eighth. Andretti Autosport’s Romain Grosjean qualified ninth, the ex-Formula 1 racer qualifying as the fastest rookie on his debut in the race.

Two-time Indy 500 winner Takuma Sato (Coyne/RWR) in 10th, and Will Power (Penske) in eleventh will share the fourth row with Johnson.

Following the first running of the new Top 12 runs, an intermission in which the leading six drivers conducted 100mph parade laps to cool their engines, and had a five-minute period for adjustments. Fast Six qualifying then began with Tony Kanaan setting a time that put him sixth on the grid for his 21st and potentially final Indy 500 start.

Carpenter was next out, dealing with a gust of wind on his final lap. The 19th year Indy 500 veteran and three-time pole sitter will start fourth, next to Ericsson, who secured his best ever Indy 500 starting position in fifth.

Palou then laid down a blistering, consistent run at an average speed of 233.499 mph to jump up to provisional pole position. VeeKay, whose jaw-dropping run on Saturday caught everyone’s attention, was consistent as well – but not fast enough to displace Palou from the top spot, at 233.385 mph. VeeKay’s run nonetheless secured his second consecutive front-row start at the 500.

But the last man on track, Scott Dixon, would not be denied. With his first two laps above 234 mph, and with remarkable consistency throughout all four laps, he drove his way into another page of the Indianapolis 500 record books with a four-lap average speed of 234.046 mph (376.661 kph) to secure his fifth Indy 500 pole position, his second in a row – along with twelve points in the IndyCar Series standings.

Dixon’s record run will officially go down as the fastest pole-winning run in Indy history, eclipsing the 233.718 mph run recorded by the late Scott Brayton in 1996, days before his fatal practice accident. The all-time qualifying record of 236.986 mph (381.392 kph), recorded by Arie Luyendyk the same year, was set during the second day of qualifying and did not count for pole position.

With his fifth Indy 500 pole position secured, Dixon will now set his sights on finally taking his second victory in the race next Sunday.