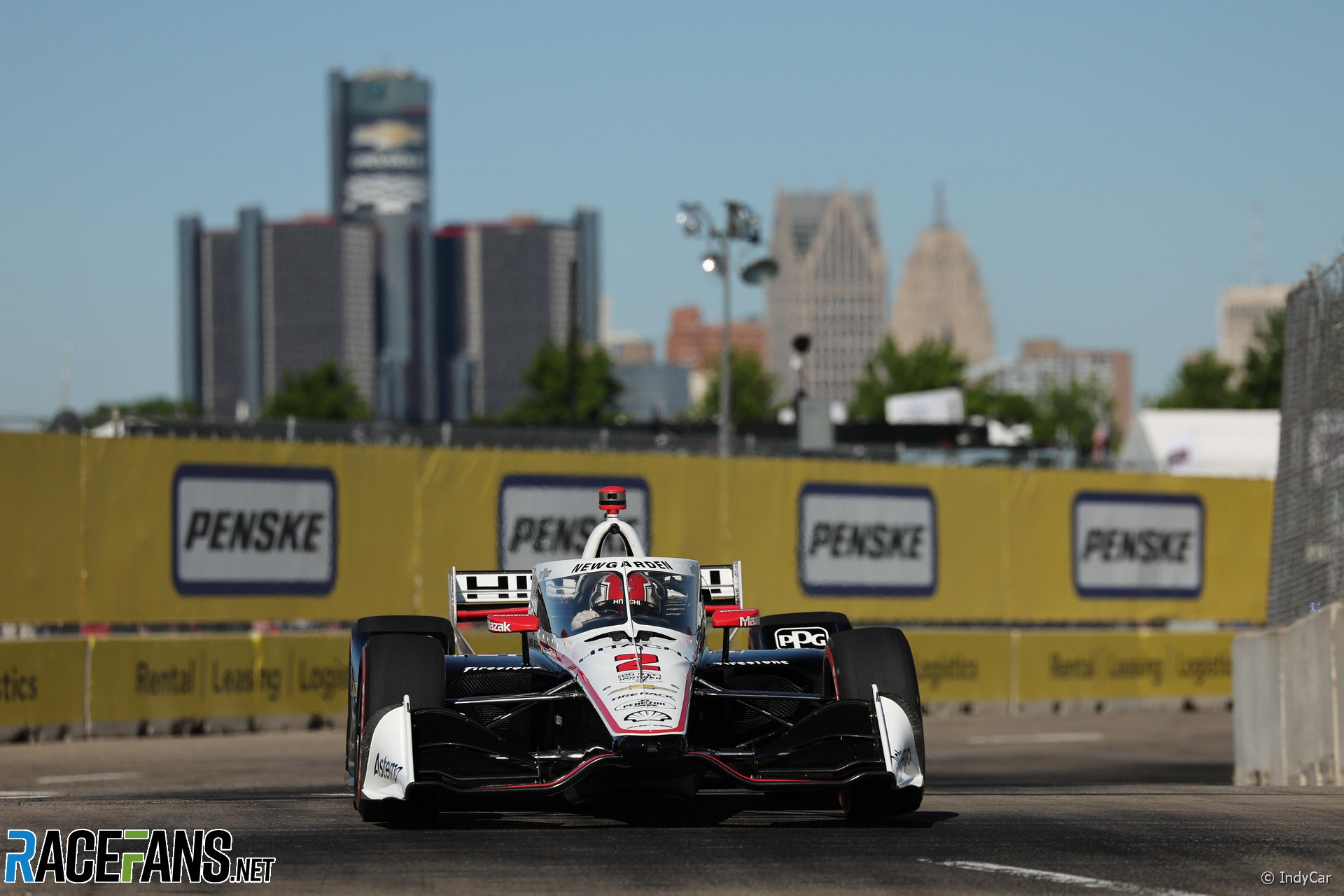 Josef Newgarden took pole position for the IndyCar Detroit Grand Prix thanks to a last-second effort in the Fast Six stage of qualifying.

Newgarden will lead the field of 26 cars to the green flag in tomorrow’s 70-lap race, the final Detroit Grand Prix to be held at the Belle Isle Street Circuit as the race will move to the International Riverfront district in downtown Detroit next year.

Sato will line up second, sharing the front row with Newgarden. The two Meyer Shank cars of Simon Pagenaud and Hélio Castroneves will start third, and fourth, respectively. McLaren SP driver Pato O’Ward will start fifth, and rookie David Malukas was the story of qualifying, making the Fast Six for the first time and ending up sixth on the grid just days after controversially missing out on the Indy 500 Rookie of the Year award.

Transfer market protagonist Alexander Rossi, who agreed to join McLaren SP next season, starts 11th. Romain Grosjean had a hard crash through turns 12 and 13 to end round two of qualifying: The resulting red flag caused the deletion of his two fastest laps, meaning Grosjean will start 12th.

The other major player in this week’s IndyCar silly season, Kyle Kirkwood, qualified 15th after leading the way in first practice. However, he crashed out of second practice earlier today, and will now go on and race in the IMSA SportsCar Championship tonight with a minor injury to his right hand – before starting tomorrow’s race.

Further back in the pack, Felix Rosenqvist was penalized during round one of qualifying for impeding Jimmie Johnson as he exited pit lane for his final attempt. His fastest laps in the session were deleted, and he will start from the final row of the grid in 25th. Dalton Kellett did not take part in qualifying after a heavy crash at the end of second practice, and because of a six-place grid penalty for an unapproved engine change at the Indy 500, Kellett will start 26th.

Green flag time for the Detroit Grand Prix is tomorrow at 20:45 BST.