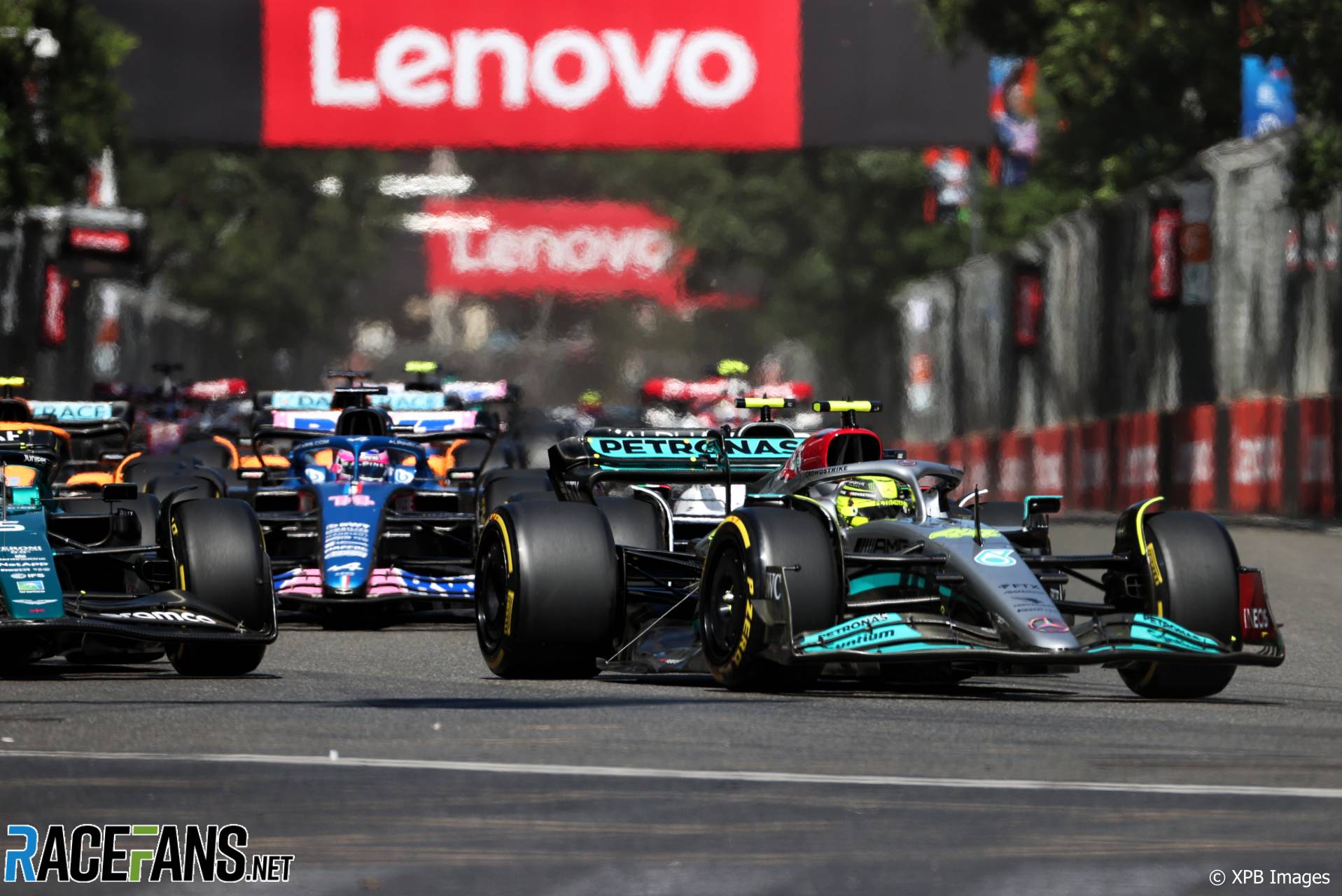 The FIA has taken the first steps towards reducing Formula 1 cars’ ‘porpoising’, which has provoked complaints from many drivers in recent races.

The governing body of motorsport said on Thursday it has taken the steps in response to the degree of porpoising seen at races up to and including last weekend’s Azerbaijan Grand Prix.

Since the season began drivers from several teams have complained they have suffered painful rides in their cars.

This is partly due to porpoising, where cars rise and fall at high speed due to the designs of their floors, which have changed drastically this year in response to new regulations. Some teams have suffered this problem to a greater extent than others.

The teams as a whole are also running their cars much more stiffly than before in order to improve their performance. This change has made their cars less compliant over bumps.

The FIA has today issued a technical directive to teams advising them it will conduct more detailed inspections of the designs of their cars’ floors and how they wear during sessions.

It also promised to set a limit on the vertical movement of cars, to prevent drivers experiencing an unacceptably painful ride and risking injury. This limit will be set in consultation with F1’s teams.

The sport’s governing body also intends to discuss with teams how the cars could be changed to make them less susceptible to porpoising in the first place.

FIA statement: FIA takes steps to reduce porpoising in the interests of safety

Following the eighth round of this year’s FIA Formula One World Championship, during which the phenomenon of aerodynamic oscillations (“porpoising”) of the new generation of Formula 1 cars, and the effect of this during and after the race on the physical condition of the drivers was once again visible, the FIA, as the governing body of the sport, has decided that, in the interests of the safety, it is necessary to intervene to require that the teams make the necessary adjustments to reduce or to eliminate this phenomenon.

A technical directive has been issued to give guidance to the teams about the measures the FIA intends to take to tackle the problem. These include:

1. Closer scrutiny of the planks and skids, both in terms of their design and the observed wear
2. The definition of a metric, based on the car’s vertical acceleration, that will give a quantitative limit for acceptable level of vertical oscillations. The exact mathematical formula for this metric is still being analysed by the FIA, and the Formula 1 teams have been invited to contribute to this process.

In addition to these short-term measures, the FIA will convene a technical meeting with the teams in order to define measures that will reduce the propensity of cars to exhibit such phenomena in the medium term.

The FIA has decided to intervene following consultation with its doctors in the interests of safety of the drivers. In a sport where the competitors are routinely driving at speeds in excess of 300km/h, it is considered that all of a driver’s concentration needs to be focused on that task and that excessive fatigue or pain experienced by a driver could have significant consequences should it result in a loss of concentration. In addition, the FIA has concerns in relation to the immediate physical impact on the health of the drivers, a number of whom have reported back pain following recent events.