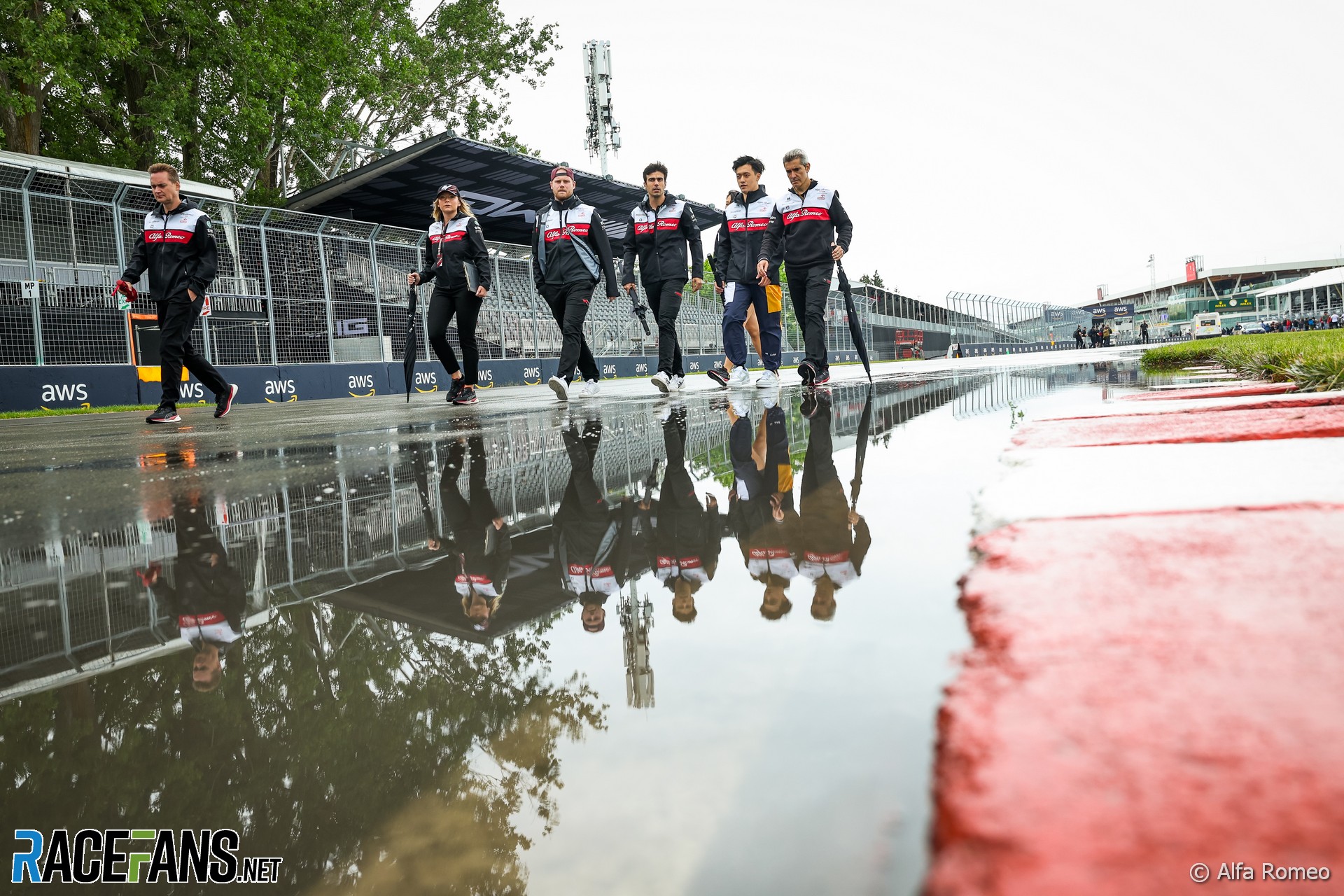 Sunday’s Canadian Grand Prix is expected to be dry race, but a stormy start to the weekend is forecast which could affect teams’ early running at the Circuit Gilles Villeneuve.

The race around the Montreal circuit has seen several famously wet races over its 40 previous occasions hosting a round of the Formula 1 world championship. However, this year’s is unlikely to be one of them.

Thursday morning saw rain and some thunder around Quebec’s biggest city. The high humidity levels and risk of thunderstorms are expected to continue on Friday – albeit with a reduced risk.

Friday is expected to be cloudy and relatively warm, with temperatures reaching a high of around 24C, which is the warmest that ambient temperatures are expected to be around the Circuit Gilles Villeneuve all weekend. However, there is a 40% risk of rain on the opening day of practice, which may mean one or even both sessions are affected.

Saturday’s crucial qualifying day has an even greater chance of being impacted by rain, with around 60% chance of showers over Montreal. That could create plenty of intrigue for the afternoon’s session and potentially offer opportunities for some surprise eliminations or progressions through the three stages.

However the rain looks increasingly likely to disappear by Sunday, providing a welcome dry circuit for the race itself. Forecasts indicate there is almost no chance of precipitation on Sunday with little cloud cover over the circuit, allowing teams and drivers to head into the race without having to keep one eye on the weather radar.

With Sunday’s temperatures expected to be in the low 20s Celsius, Sunday will likely be less of a physical challenge for the drivers than recent dry races in Miami, Spain and Azerbaijan proved to be.

F1 hasn’t raced at this circuit since 2019 due to the Covid-19 pandemic. That race saw the mercury push past 30C, yielding track temperatures of over 50C. Although Sunday’s figures will be lower than that, they should still be among the highest of the weekend, which teams will need to ensure they are not caught out by.

For more updates on the track conditions during each session keep an eye on RaceFans Live and the RaceFans Twitter account.