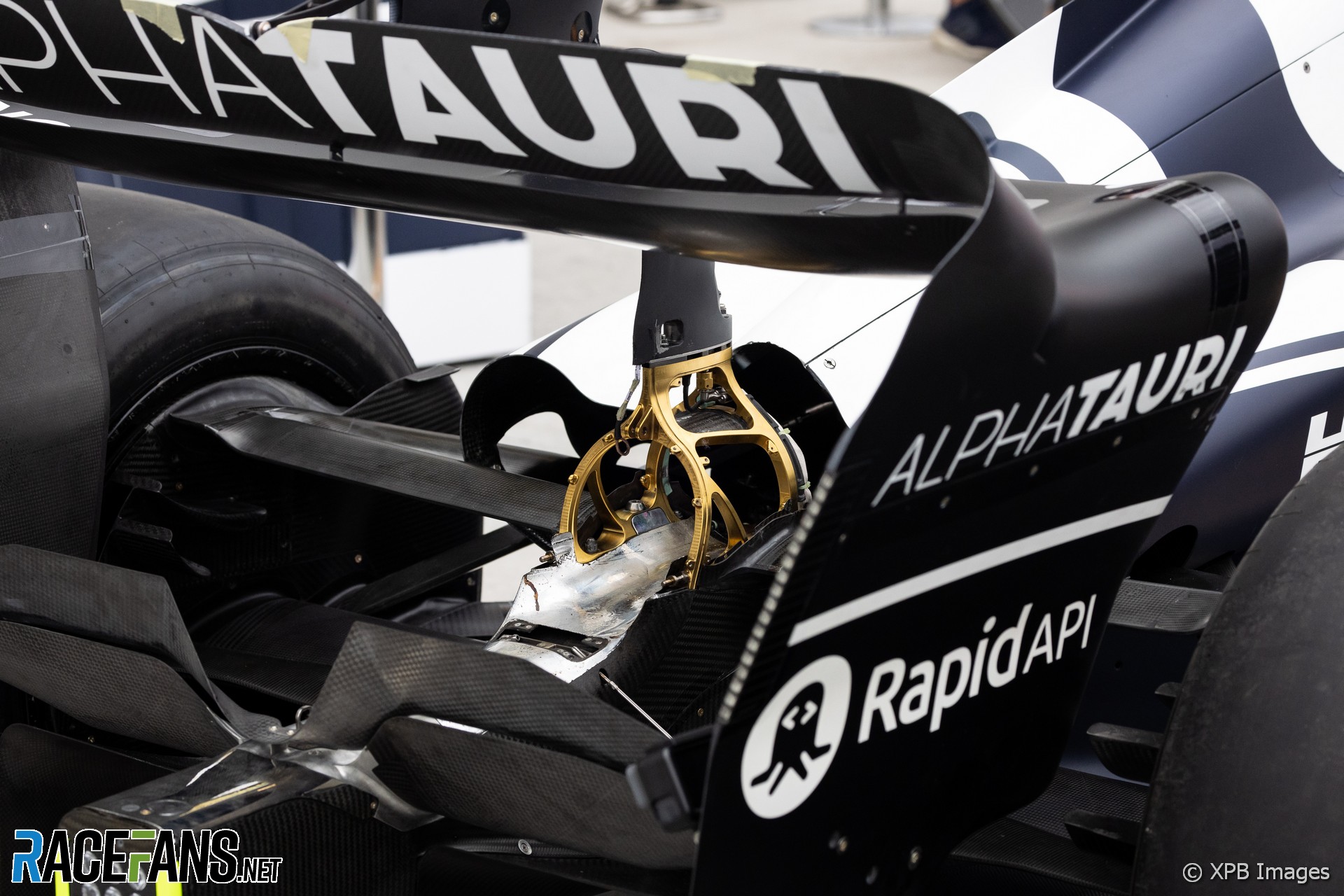 In the round-up: Yuki Tsunoda says AlphaTauri understand why his Drag Reduction System failed during the Azerbaijan Grand Prix.

Tsunoda was shown the black-and-orange flag during Sunday’s race after part of his rear wing flap failed. Speaking to media ahead of this weekend’s race in Canada the AlphaTauri driver said he could “feel slightly different behaviour” at the rear of his car as early as lap three, which eventually developed into a failure.

While he was initially unaware his DRS had failed during the race, and suspected an engine failure at first, Tsunoda said AlphaTauri have now discovered what went wrong.

“The team explained it really well,” he said. “The important thing is to understand what was the issue there and they already modified things to the rear wing and we have good confidence that it won’t to happen again. So it’s a good thing that we have those issues in the beginning of the season.”

Pierre Gasly scored the team’s best result of the season last weekend, and Tsunoda admitted it was unfortunate to suffer a problem at a track where the team had a strong car.

“The race was a kind of really important race so I was kind of a bit compromised. But we understand well, so hopefully it doesn’t happen again. We understand also that issue happened already kind of in the first half of the race, quite early stages, so that affects slightly also our performance.

Gasly suspects team were worried about his wing

Gasly thinks his team warned him not to put up too much of a fight against Lewis Hamilton because they didn’t want him using his DRS and risking the same problem his team mate suffered.

He race engineer Pierre Hamelin told him late in the race not to fight too hard against Hamilton when the Mercedes driver caught him.

“Apparently I was quite quiet the whole race so he wanted to speak to me and he was quite stressed,” said Gasly in response to a question from RaceFans. “More stressed than I was because I had quite a lonely race until Lewis started to grow quite quickly in my mirrors.

“I knew the situation. To me, it doesn’t change, I tried to defend my position as hard as I can within the limits of the track. Obviously there you don’t want to do a mistake and end up in the wall. But then whether it’s a wall or gravel is the same thing, same game.

“I got the message, I think they were a bit worried maybe with the rear wing. I fought but honestly the pace difference was so big that I could not hold him for so long.”

“I think for Formula 1 in general, for everybody, it’s good to go to a different continent,” said Steiner. “In the end it’s a world championship and hopefully it happens.

“I’ve never been there in Kyalami and people have been there they say it’s it’s a good place to go to. So I think it would be good.”

Domenicali visited the circuit, which last held an F1 race in 1993, earlier this week.

If you didn’t show up early this morning this is what crowd is like now trying to get in to Pit Lane Walk at Circuit Gilles Villeneuve ahead of this weekend’s Canadian Grand Prix #F1 pic.twitter.com/iciWzQrESJ

We are currently aware of the graphics issues since the patch release – working on it. Thanks for your patience

Hamilton wasn’t exaggerating back problems in Baku – Ricciardo (The Independent)

'There was talk about Lewis after the race. I saw some of his on-boards, I saw pictures of him getting out of the car and stretching his back, and he wasn’t exaggerating. It really was uncomfortable.'

"The street's being closed off, extra tables set up - it's the first time since 2019 that the Grand Prix is coming to town, and those in the local tourism industry couldn't be happier."

'Motorsport UK is pleased to announce the first eight entrants selected to represent Team UK at the second edition of the FIA Motorsport Games in October this year, as well as confirm the application process for the remaining disciplines.'

Formula 1 must take the risks it is exposing drivers to seriously, says Antz:

Even body’s of the extremely fit aren’t immune to injury. I’ve experienced it first hand and have never recovered. Was only early 30s when it happened to me. Its easy to think you’re invincible, until you’re not. It’s not worth the momentary pleasure to have the rest of your life so ruthlessly compromised. Something needs to be done before someone is irreparably injured.

The “fairest” thing seems to be a minimum ride height, the teams not having issues seem to be riding slightly higher already from what I can see. Hard to know if that’s accurate, but the Mercedes do look incredibly low.
Antz (@antznz)