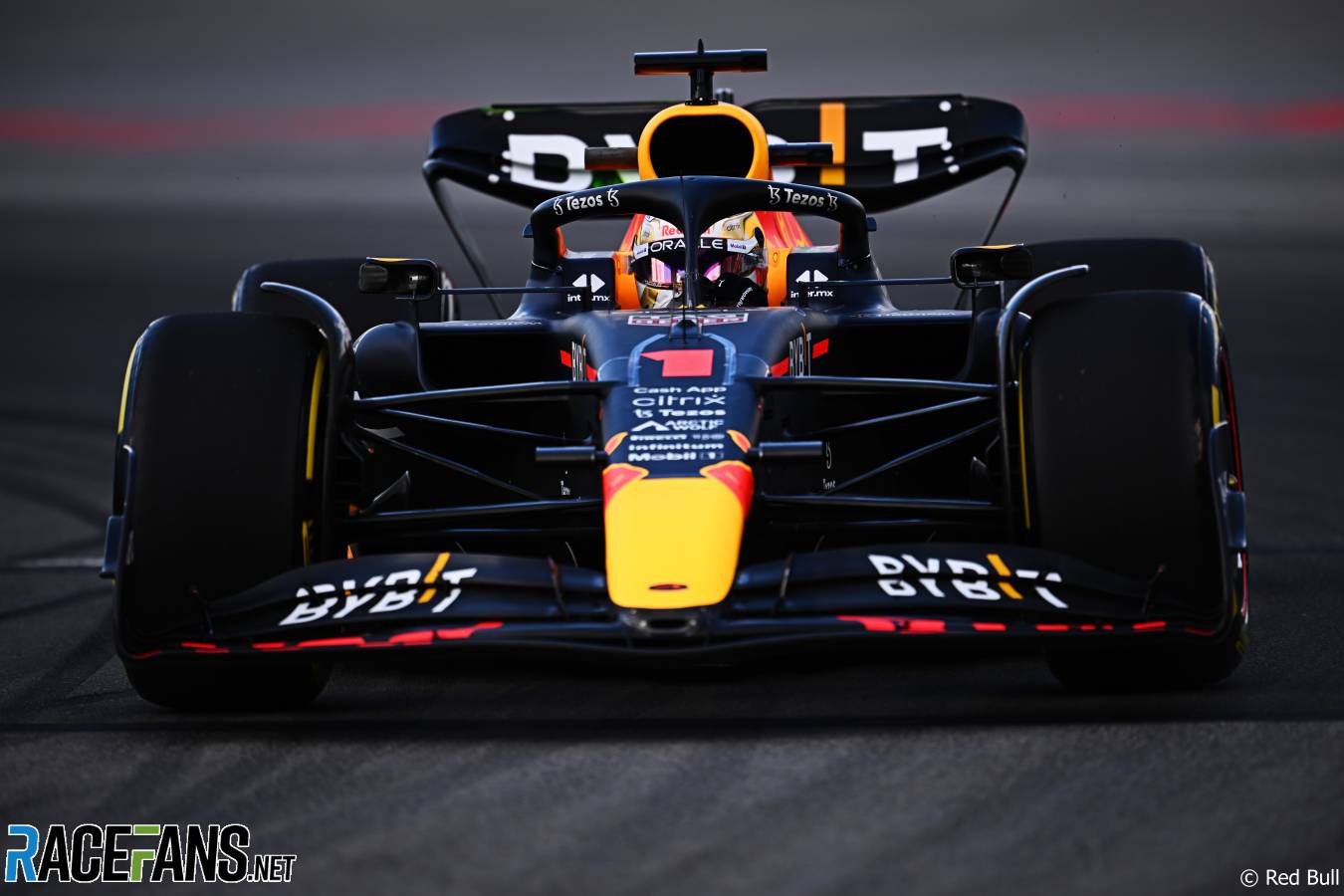 Max Verstappen set the pace to start the Canadian Grand Prix weekend fastest of all in the opening practice session.

The championship leader’s best time of a 1’15.138 was a quarter of a second quicker than the Ferrari of Carlos Sainz Jnr, with Fernando Alonso third fastest for Alpine.

After a severe thunderstorm soaked the circuit on Thursday evening, bright sunshine over Montreal had fully dried out the circuit by the time cars ventured out onto the Circuit Gilles Villeneuve for the first time since 2019. Air temperature sat at 25C for the start of the weekend, while track temperature was in the mid-40s.

Drivers were quick to get out on the circuit and get laps in to re-familiarise themselves with a track none of them had driven at since 2019. The Red Bulls of Verstappen and Sergio Perez set the early pace on the medium tyre, Verstappen breaking into the 1’15s.

Alexander Albon became the first driver of the weekend to miss the final chicane and taking to the escape road as outlined by race director Eduardo Freitas. Albon was soon followed by Mick Schumacher, who also misjudged his braking point into the tricky final turn.

Esteban Ocon went off into the tarmac run off at turns eight and nine with a smoking right front brake. Ocon reported his brakes had failed and slowly recovered back to the pits, where his engineer informed him that a paper towel appeared to be caught in his brakes, the likely culprit for his failure. Ocon was able to rejoin the track after less than 20 minutes in the pits.

Sainz ventured out on the soft tyres and jumped from ninth to the top of the times, two tenths faster than Perez on the same tyres. After Verstappen abandoned one of his runs due to one of his tyres lifting through the corners, he eventually returned to the circuit and displaced Sainz to go quickest, two-and-a-half tenths faster than the Ferrari.

Yuki Tsunoda earned the honour of being the first driver to hit a wall around the circuit when he kissed the concrete on the exit of turn nine. Fortunately, he did not appear to have done too much damage to his AlphaTauri and he was able to continue.

Sainz and Fernando Alonso narrowly avoided a close encounter with the local wildlife when a groundhog ran across the track on the run to turn three. Fortunately for all three, the cars avoided contact with the critter.

Teams appeared to focus on longer, higher fuel runs in the latter part of the session, meaning there were few improvements in the times in the final minutes. Verstappen therefore ended practice on top, with Sainz’s best effort taking second, the fastest of the two Ferraris.

Alonso was third fastest in the Alpine, with Perez fourth and Charles Leclerc only fifth, half a second off Verstappen’s best. George Russell put Mercedes sixth, with Lance Stroll, Lewis Hamilton, Sebastian Vettel and Daniel Ricciardo completing the top ten.