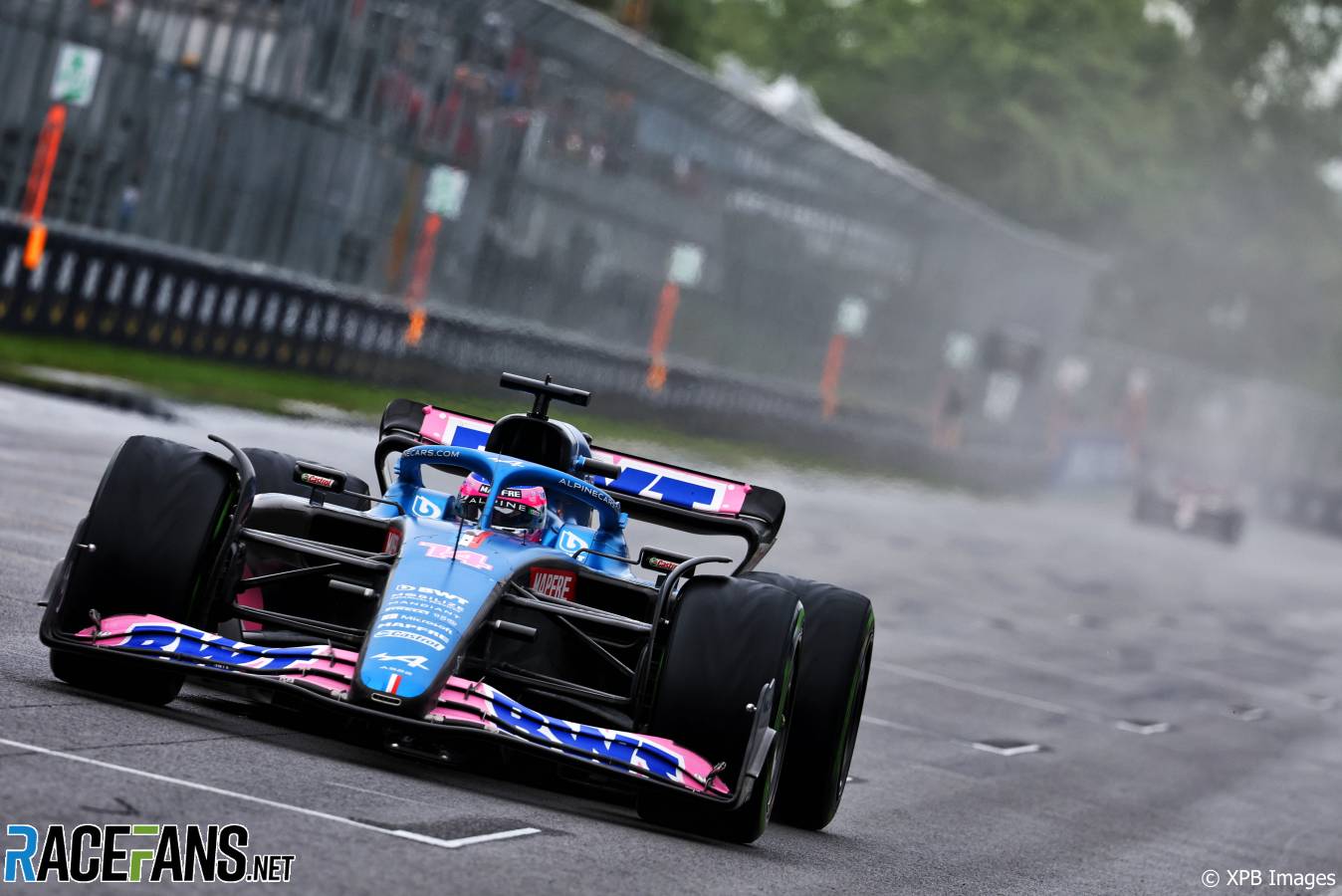 Fernando Alonso vowed to take the fight to pole winner Max Verstappen in tomorrow’s Canadian Grand Prix after qualifying alongside him on the front row of the grid.

The Alpine driver pinched second on the grid off Carlos Sainz Jnr by a tenth of a second with his final lap in a damp qualifying session as the track dried.

“It feels great,” said the two-times world champion after achieving his best starting position for 10 years.

“It was an unbelievable weekend so far for us. We were competitive in free practice, which normally we are on Friday, but then on Saturday we seem to lose a little bit of pace.

“But thanks to the wet conditions today the car was mega, I was so comfortable with driving this car and I think the fans also pushed me to make an extra push.”

Alonso will share the front row of the grid with Verstappen and have the inside line for turn one. “I think we’ll attack Max on the first corner,” he said.

Alpine team principal Otmar Szafnauer said the team ensured both Alonso and Esteban Ocon enjoyed the driest possible track at the end of the session to maximise their chances.

“We waited quite a long time in the pit stop,” he told Sky. “We had both of them, we stacked them, so we planned to get both of them across the line as late as possible.”

Ocon took seventh on the grid.