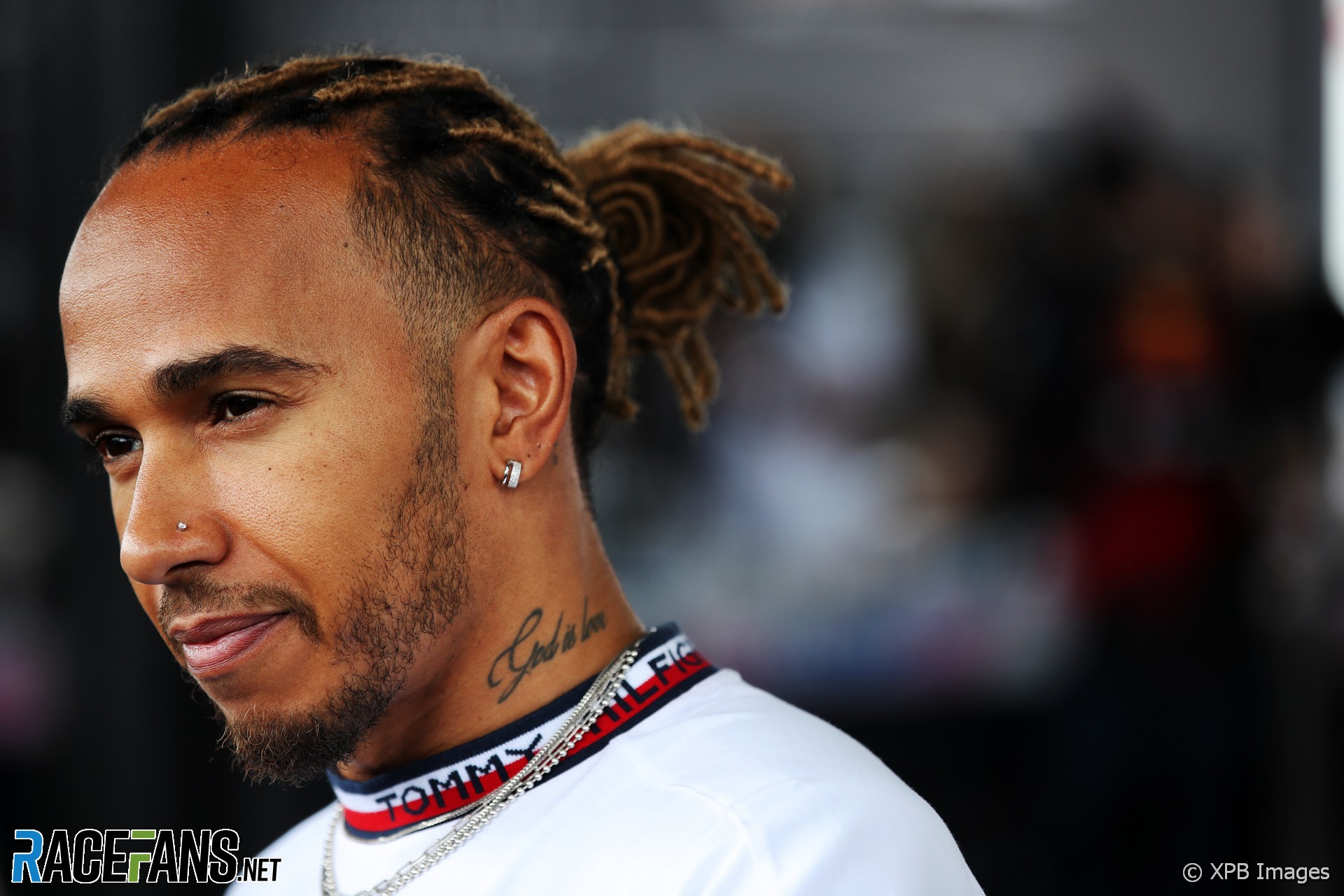 In the round-up: Lewis Hamilton if hopeful Mercedes will fix its bouncing problems before it affects his desire to continue racing in Formula 1.

RaceFans operates thanks in part to the support of its readers. In order to help fund the development and growth of the site please consider becoming a RaceFans Supporter.

For just £1 per month/£12 per year you will also be upgraded to an ad-free account. Sign up and find out more below:

Hamilton does not expect Mercedes’ current problems with violent bouncing to be a factor in whether he wants to continue driving.

“So, hopefully that’s not going to be something to stop me racing for longer, but time will tell.”

Fernando Alonso feels Alpine have gone down the order in recent races, compared to early form.

“I think right now we are struggling a little bit more than at the beginning of the year, when I think we were top five or six initially,” said Alonso. “Then as Mercedes fixed some of their problems, I think we were in the fight with them and now we seem two or three steps backwards compared to Australia or Jeddah.”

Speaking before practice began, Alonso said he was optimistic about Alpine’s form in Montreal. “There are some new parts again this weekend to fine-tune the car for this track because we were very fast on the straight in Baku, the car seems to like the medium-speed circuits and Canada is one of those.”

Ferrari unreliability “a bump in the road” says Sainz

Carlos Sainz has said Ferrari’s reliability problems do not worry him compared to the team’s progress, after both the team’s cars retired from the last race.

“We are still motivated, we are united,” he said. “We are going through a bump in the road, which I think after this step that we’ve done in the end of this year, I would much rather take this step and then take a bump in the road and have a powerful engine that is reliable.

“As a team we’ve done a great job with this year’s engine and it’s just we’re just going through some issues that are going to be solved, I’m sure.”

The Vancouver EPrix, which was postponed from 2022 to 2023 last month, will not go ahead after promoters failed to secure licenses and file paperwork with the city.

Ticketholders were initially told their bookings would be honoured for the 2023 event. However Formula E has now distanced itself from the promoter, placing responsibility for refunding 2022 ticketholders on the local organisation, and removed Vancouver from the provisional 2023 calendar.

The Victorian government and the Australian Grand Prix Corporation have confirmed Melbourne will host at least five season-opening races in the next 13 years under new terms with F1.

The arrival of Lewis Hamilton did not go unnoticed. He was seen in a retro and modern video game store on Hochelaga Street in Montreal.

He renewed his attachment to one of the historic countries of the discipline and even revealed that if F1 had to leave Paul Ricard, Nice which is working on the possibility of a GP, could prove to be an interesting option.

Negotiations for SA's F1 race confirmed, as prices set to be 'well within reach' (News 24)

'MSA can confirm that negotiations are under way between several key role players (including Kyalami) to enable the return of F1 to South Africa,' Scholtz said. 'I am sure you will appreciate that these negotiations are sensitive and involve a number of stakeholders.'

Rahimov: 'People are already buying tickets to watch the race itself, and there is no need to involve them by organizing concerts. It is also worth noting that a record number of foreign fans visited Baku this year. '

'Everything we do will always focus on being distinctively Ferrari,' chairman John Elkann said as the company unveiled its new business plan. Electrification 'will allow us to make even more unique cars.'

Busy for a Friday. 👏🏻 I’ve been up in this grandstand other years for FP1 and it’s near empty. Not this year #f1 #canadiangp pic.twitter.com/i4sy1fra8F

No Albon Pets were harmed in the making of FP1…

After the FIA’s technical directive to teams regarding the effect of porpoising and bottoming on drivers, John H suggests it is an inevitability in such a heavily restricted era:

There are other ways to keep the cars fast without further compromising the drivers safety. This is not just a performance issue it’s become a safety issue.

The ground effects design is a good idea but obviously not yet developed to a mature enough state to be used. The lack of development time and the reduction is resources is in my opinion a large part of the problem. If the rules had not been changed to such a degree, if the teams had been allowed to continue developing their existing chassis we would be seeing closer and faster racing without the damage. This is not 20:20 hindsight me and others said this on the announcement of the new regulations.

How Red Bull was able to get it right I don’t know.
@johnrkh